Both salon brands are coming out with their own versions of hair-smoothing treatments that are formaldehyde free. 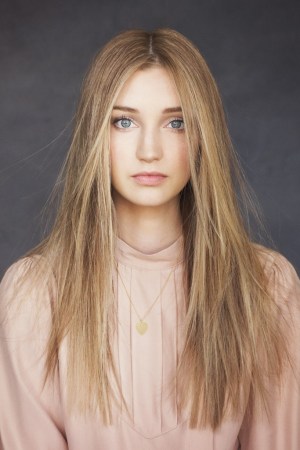 The salon giants are looking to capitalize on the Brazilian Blowout hair-straightening controversy.

This story first appeared in the August 26, 2011 issue of WWD. Subscribe Today.

Bumble and bumble, the Estée Lauder Cos. Inc.-owned brand, and L’Oréal Professionnel are both coming out with their own versions of hair-smoothing treatments that are formaldehyde free. The products are aimed at capturing a market that was severely shaken after the hugely popular Brazilian Blowout brand was targeted by government investigations in the fall over health concerns related to its products, which certain labs found can produce traces of formaldehyde. Brazilian Blowout’s probe pushed the market’s other entries into investigations, too.

A number of smaller, independently owned competitors, such as Brazilian Gloss Keratin Smoothing Gloss and Keratin Complex Smoothing Therapy, had previously developed hair-straightening formulas containing methylene glycol, which when heated at a certain temperature is said to produce traces of formaldehyde, like Brazilian Blowout, a brand that became so popular it is commonly used as a term for the service itself.

The Cosmetic Industry Review, an independent panel group, is studying these hair-straightening formulas, and a ruling is expected Sept. 26 or 27 on the question of whether the products are safe. The CIR’s decision was originally scheduled for June. But the submission of a 200-page document attesting to product safety by a Professional Keratin Smoothing Council, a group made up of manufacturers of smoothing treatments, caused CIR to postpone a ruling on the matter for 90 days.

Both Bumble’s and L’Oréal Professionnel’s services, while vastly technologically different from one another — and from the smoothing treatments under question on the market — are intended to offer salons straightening options. And despite the negative attention smoothing treatments have generated, sales of the segment remain “on fire,” according to Peter Lichtenthal, president of Bumble and bumble.

While no data firm tracks how large the hair-straightening category is, it’s known that Brazilian Blowout, like its competitors, sells its formula by the liter, charging salons about $350 a liter, which ultimately represents about $9,000 in service sales for the salon. In a 12-month period, considering all the salons in the U.S. that offer hair-smoothing treatments, that is estimated to represent hundreds of millions of dollars, if not $1 billion, in service revenue.

In October, Bumble and bumble will launch Concen-straight Pro Treatment to 1,200 of Bumble’s network salons. The launch marks Bumble’s first-ever in-salon treatment, one that is designed to last up to 30 shampoos and can be customized to allow customers to adjust the straightness level of their hair. Since Bumble now sells to retailers as part of its distribution model, at-home straightening kits will also be a component of the rollout, as will a hair care line, Bumble and bumble Straight, consisting of a shampoo, conditioner and leave-in styler.

L’Oréal Professionnel, the largest salon brand globally, has launched a chemical straightening service, Xtenso Moisturist, albeit on a much smaller scale — to about 12 salons.

Bumble said it recognized the intense desire for straightening treatments and claims to have found room for improvement in the market. Concen-straight Pro’s technology, which is also in the hair care line, consists of a gemstone blend that is designed to vibrate and loosen hair’s inner S-bonds, which give it natural curve, said Fadi Mourad, executive director, product development. Polylysine, an amino acid, aims to refine and realign these S-bonds into smoother shapes. A silicone blend was added to seal and set shape straight for smoothness. A hydrolyzed wheat protein is used to condition hair (and is only in the professional treatment) and is used as a keratin replacement, since keratin is derived from animals. The formula, ultimately, opens the door to customize straightness, so a blow-dryer can build bend, a curling iron can rewind hair and a flatiron can render it straight, said Mourad. The service also aims for increased manageability and overall reduced frizz and flyaways. The hair care collection that was designed to support the service features Bumble’s first sulfate-free shampoo.

While Bumble is blowing out its service to half of its salon base, Laurie Lam, director of marketing, L’Oréal Professionnel USA, said they have chosen to take a preview strategy with Xtenso Moisturist, like it did with ammonia-free INOA.

“We are the number-one salon brand in the world. We could very easily get the sales we [ultimately] want, but it’s really about making sure it is being used safely and efficiently,” Lam said of the preview launch, which is now sold in a number of select salons, including select Gene Juarez salons in Seattle and and Pr & Partners (CT). Lam expects Xtenso Moisturist to be sold in 30 salons by mid-2012, including New York’s Dop Dop and Anthony DiFranco.

Yet, said Lam, it is also customizable.

“You can go for loose waves or slick, straight chopstick hair. It wears out over time,” she said, adding that there are three different formulas available depending on the client’s hair and whether it is untreated virgin, resistant or sensitized hair. A service can take between two and four hours, and all stylists are taught to perform a 15-minute strand test to determine a client’s hair type. The service consists of a shampoo, a mask and then an application of the formula to four separate sections of the head. After a customized processing time, hair is rinsed, dried, flatironed and then neutralized for 10 minutes and rinsed and dried again.

“It is very specialized and technical,” said Lam, explaining its $250-plus cost and 48-hour wait time to wash hair after receiving the service.

Women receiving Bumble’s straightening service, which retails for about $385, are advised to wait 24 hours before washing their hair, so “the technology can penetrate.”

Bumble’s Concen-straight Pro Treatment takes about two hours in the salon: Hair is washed with a clarifying shampoo, the formula is applied from roots to tips, after 30 minutes the formula is washed out and a consultation begins on how straight, wavy or voluminous a client wants her hair. A customized blowout and flatiron (if applicable) follows. Clients are expected to see the treatment beginning to wear off at 30 shampoos.

To help support the hair care line, travel sizes of Bumble and bumble Straight, as well as sample packets, will be available at launch. A comprehensive education training program, which includes a video on how to best deliver the Concen-straight is being filmed, too. The at-home version, which will sell for $45, is designed to last for 30 washes and employs the same technology as the in-salon service, just at a lower level. It launches in stores and salons Jan. 1.

“Nothing takes the place of what happens at the salon,” said Lichtenthal.