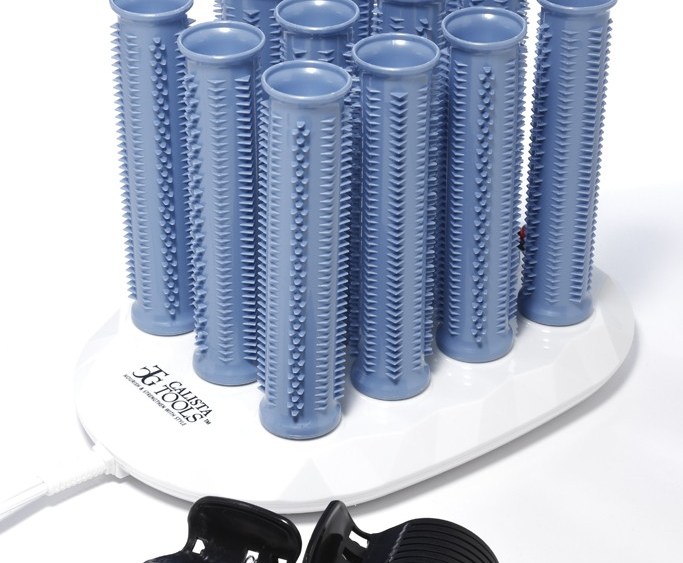 As a pioneer of ion-based hot roller technology, Calista Tools has put heat back in hair curling and is about to launch at least two more infomercials to build awareness of the brand.

The company, based in West Chester, Pa., plans to begin broadcasting a 30-minute infomercial in September. The star of the show will be Maria McCool, cofounder and president of Calista Tools, and the program will focus on Fusion Heated Rollers, as part of the company’s Fusion Styling products system. The company bills the Fusion Rollers as the longest on the market, measuring five-and-one-fourth inches. The extra length is provided to enable women with long or thick hair to more easily curl their hair. Combined with the ion technology, the roller system is designed to dry hair more quickly, reduce hair frizz and add shine. Ease of use and quickness are among the goals of the marketing.

The concept of hot rollers is reminiscent of past generations. McCool noted, “You can definitely say that the goal for the consumers of the future is to bring the old products of years past back to the forefront.”

Claudia Lucas, director of merchandising for beauty at QVC, agreed. After scoring on air with items like its styling texturizing definer for hair, Calista expanded its range into devices. Lucas recalled, “Really, they were one of the first people to bring hot rollers to QVC. It was interesting because hot rollers were something that your mother used, or even your grandmother. But things have moved on. The technology is so much better. The problem with old hot rollers is that they would cool down very quickly. Now there is a core inside the roller that retains the heat much longer. It’s dispersing heat over a longer period of time into the hair. The longer you can have the heat in the hair, the better the curl will be, and the curl will last longer,” she pointed out.

“We went out there with hot rollers, and the response was very positive, and it continues to be good. [Calista] realized that one size curler doesn’t fit all; people have lots of different hair lengths. They introduced this very interesting long curler. So if you have long hair, you can get a longer curl because you have more of a barrel to use. It’s an adaptable product.”

“From hot rollers, they also introduced this heated round brush [the Perfecter Volumizing Heated Round Brush]. That was very successful. We sold out on its debut [on July 24, 2012] in just four minutes.” According to QVC, the heated brush sold 1,300 units that day and has since racked up 13,500 brushes at $85 each.

Lucas added, “It’s a nice business. We are very happy with it, good volume, good innovation.” Asked what Calista adds to the QVC product mix, she said, “It’s a very good problem-solution product that they bring. These hot rollers and round brush are really easy to use. And some of these new tools that you see on the market are a little tricky. You have to practice. You have to get used to them. These are really easy, and you get really great results.”

Judging from sales, the customer would seem to agree. Since its debut on QVC in November 2010, the kit of 12 hot rollers with fastening clips and travel bag has generated sales of 99,000 units, at approximately $99 each, according to the TV network. In addition to QVC, the brand is also distributed at Nordstrom, Ulta and Sephora.

The company made its original debut on QVC on Jan. 12, 2007, and since then has sold more than 750,000 units. The texturing definer — officially called the Embellish Texturizing Definer with Pro Element — is priced at about $24.50 and has been Calista’s volume leader at QVC, with sales of sales of more than 420,000 units since January 2007. The company’s first infomercial touting the Perfecter brush, which was designed to more easily and manageably define or smooth or curl hair, launched in April. The Perfecter infomercial was successful enough to encourage the company to recently double its length from 30 to 60 minutes.

Donald Moore, cofounder and vice president of Calista, said another infomercial will air in the fall, probably also in September, to promote the line of wet products. In addition, he hinted that a fourth infomercial is in the works to market a hair dryer that is being developed.

All the infomercials were produced By Tristar Productions and Script to Screen. Moore said that one of his strategies is to use the infomercials to raise consumer awareness and drive traffic in the stores, eventually encouraging an increase in shelf space. According to estimates by industry sources, Calista generated sales of $15 million last year and this year has a sales target of $39 million.

Like many hair-care enterprises, Calista is rooted in a the salon world. Geri Rycharski of GRPR Agency noted that McCool and Moore run a 12,000-square-foot salon with 85 employees.