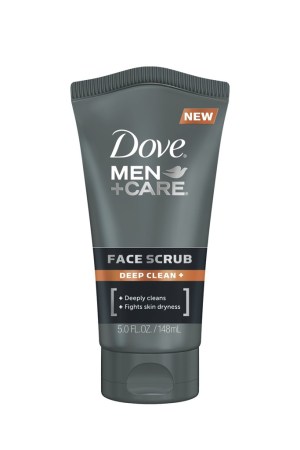 It has its own body wash, shampoo, conditioner, cleanser and moisturizer, so it was only natural for Dove Men+Care to take the line a step further with a hairstyling range.

“Guys are getting much more comfortable asking for and using styling products,” said Rob Candelino, vice president of marketing at Unilever North America. “Guys are now saying, ‘I’m interested,’ and that is a monumental step forward for us as an industry.”

“There still isn’t a huge continuum of hair care that’s made for men and engineered for guys,” noted Candelino. “Products are either gender agnostic or he’s using whatever she has in the shower at home.”
Furthermore, Dove Men’s is unveiling four new additions to its face range to help guys of all ages take better care of their skin.

According to Mintel, in 2014, total U.S. retail sales for the men’s personal-care market was $4.1 billion, a 19 percent increase from sales observed in 2009. Mintel, a global market research firm, expects that the men’s personal care category sales will continue to grow steadily in the next few years, increasing by an additional 14 percent during 2014 to 2019, to reach $4.6 billion.

To promote the new launches, Glenn O’Brien, otherwise known as the “The Style Guy” for GQ, is partnering with Dove to help the company get the word out to men that taking care of their skin and hair isn’t all that difficult.

“These award seasons are increasingly where people get inspiration and that’s very true on the female side of personal care,” Candelino said. “It hasn’t really been inspiration for a lot of men. We’re going to leverage that and say these aren’t unattainable looks. You can get them at home everyday. Glenn as an authority in that space can offer that narrative.”

Priced from $5.99 for a styling paste to $6.47 for a hydrating cream, the products will be sold at drug stores and mass merchandisers nationwide at the end of January.

While Candelino wouldn’t talk financials, industry sources estimate that the styling range and new skin-care additions could do $7 million in its first year on shelves.