The collection, which is designed to be at once cheeky and effective, will roll out exclusively to Sephora and the salon's locations in March. 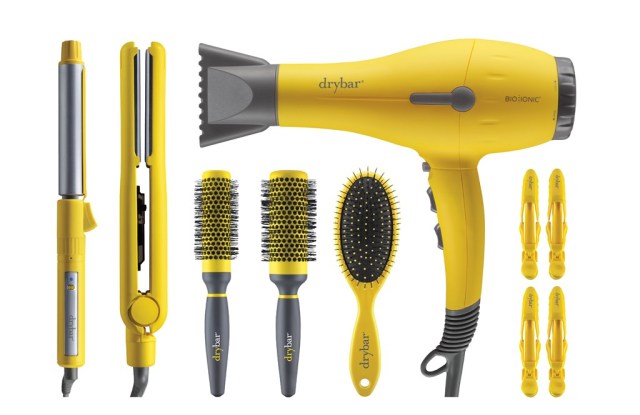 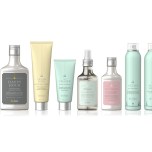 While many beauty brands look to conquer the industry via category expansion, Drybar founder Alli Webb is more than happy to remain focused on doing one thing and doing it well — really well. Her company, which specializes exclusively on blowouts, will introduce a line of hair-care products and hair tools, designed to complement its trademark service for consumers in the chair and at home.

“We needed the perfect products for what we do day in and day out, ones that would get the job done,” said Webb, adding that the range came as a result of stylists “cherry picking” products among brands for optimal results. “We have a very specific needs. Blowouts are all we do and we spend so much time perfecting them.”

Founded in 2010 with her husband, Cameron Webb, and brother, Michael Landau, Drybar offers clients a flat rate of $35 or $40 (depending on the location) for a blowout in one of six styles — from the sleek Manhattan to the voluminous Southern Comfort to the beachy, piecey Mai Tai.“We never upcharge no matter how long or how thick your hair is,” said Alli Webb, adding that the company to date does about 50,000 blowouts a month.

Webb and her team have obviously struck a chord and the company has been growing — fast. Generating about $1.5 million in sales in its first year, Drybar reached $7 million in its second and is on target to reach more than $20 million by the end of 2012, helped by constant store openings (there are currently 25 with an additional 16 to 18 slated for 2013, as well as future plans for international expansion) and, of course, the new consumer product line. Although the brand would not talk numbers, industry sources believe the tools and product collections could generate $5 million in their first year at retail. Drybar received an additional boost in February when Castanea Partners invested $16 million in the company. Co-investing alongside Castanea were Janet Gurwitch and Paul Pressler, who both sit on the Drybar board.“We inadvertently stumbled across a very big hole in the market,” said Landau, a former Yahoo marketing executive. “What I learned and what Alli always knew was the service we provide isn’t just about how it makes women look, it’s about how it makes them feel.”

Drybar’s debut product collection will roll out exclusively to Sephora and Drybar locations in March. In keeping with the brand’s “bar” theme, the items feature pub-appropriate names like Hot Toddy, a heat protector and frizz fighter, and 100 Proof, a treatment oil. There’s also the Southern Belle, a volumizing mousse; Cream Soda, a smoothing cream; The Chaser, a shine pomade; Money Maker, a flexible hold hair spray, and Detox, an oil-absorbing dry shampoo. The Happy Hour shampoo and conditioner, both of which are said to create the ideal foundation for a blowout, round out the offerings, which range in price from $23 to $35.

Landau said that while some of the products are designed to look like flasks, it was important that the brand not go too far to the point of kitsch. “There is an apothecary, sophisticated look paired with playful names,” he said.

Ingredients in the line include Brazilian ginseng, artichoke leaf extract, lychee and hibiscus extract, Kalahari melon seed oil and multivitamins. “All women are looking for the perfect at-home blowout and not many products really honed in on that need,” said Webb.

Drybar’s new tool and implement line, which is packaged in a cheery yellow shade and was created with hair tool manufacturing company Bio Ionic, ranges from $15 to $185. The star of the line is the Buttercup blow-dryer, a nod to the company’s mascot, an illustrated upside-down version of the appliance, also called Buttercup.

“We learned the hard way that there is no blow-dryer [on the market] that was up to what we put it through 12 hours a day,” said Webb. “We needed to find something strong enough to get the job done in 30 to 40 minutes and light enough that our stylists wouldn’t be losing their arms.” The range also features The 3-Day Bender, a curling iron with a rotating barrel; the Smooth Operator, a thin straightening iron; the Lemon Drop, a flat detangling brush for wet and dry hair; the Half Pint and the Full Pint, small and medium round ceramic barrel brushes; Hold Me hair clips, and a shower cap called The Morning After. ”

According to Landau, Webb, a working mom whose concept arose from her own frustrations in finding the right blowout for her naturally curly hair, has become something of a celebrity amongst her client base. “When Alli walks into a Drybar women come up to her like a rock star,” he said. “Women are so proud of her for building this business.”

To generate buzz for the new lines, Landau said there are plans to utilize its Facebook, Twitter, Pinterest and Instagram presence to “engage audiences and get the word out.” Although he remained mum on specific details, there are also some in-store initiatives planned at Sephora. “We will have some really fun, creative things to drive traffic back into [Drybar] locations” Additionally, Webb will appear on QVC on Feb. 22 to formally introduce both lines through the airwaves.