More and more young female stylists are starting to break into the ranks of elite hairdressing. Here, meet one of Fashion Week's bright young stars. 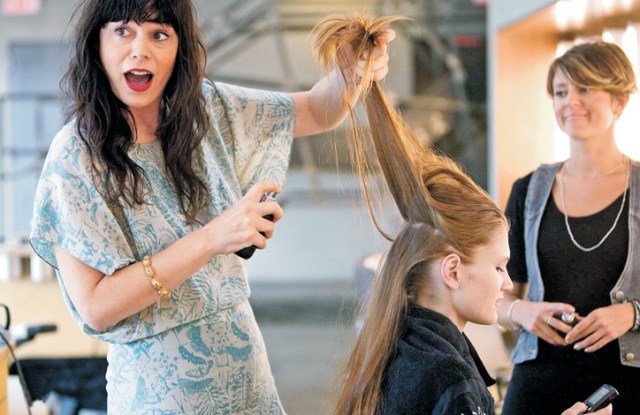 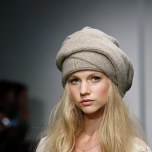 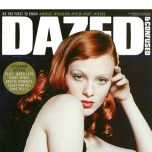 Any one of a dozen personality types can be found creating hairstyles backstage during fashion week. There’s the too-busy-for-you stylist, who can’t spare a moment to talk about a trend. There’s the overly descriptive stylist, who gives so many points of reference that one ends up confused. Then there’s someone like Michelle Fiona, one of Bumble and bumble’s rising stars, who, in 3-inch heels, can maneuver from one head to another, all while wearing a smile, cracking jokes and betraying not the barest hint of nerves.

Her entry into the frenetic world of hairstyling mirrors her personality: easy and breezy, lucky and adaptable. Perhaps that’s why, at only 31, she’s become the go-to stylist for many Manhattan hipsters, such as Zooey Deschanel and Sara Sophie Flicker, and just wrapped keying her first show— Catherine Holstein—during New York Fashion Week. Though well on her way to being a big-shot hairstylist in the fashion world, Fiona has no problems staying grounded.“I don’t want to get a big head. Whatever comes my way is cool,” she says, after the frenzy of fashion week has died down. Looking back, she says the whole process—from being paired with Holstein to coming up with a style to translating her vision to the Bumble team—went very smoothly. “I never get nervous because I just like what I do. People are nice and it’s a group effort. You see the clothes and makeup and then you get into the creative process,” she says.

At Holstein, Fiona was inspired by the designer’s ultrafeminine designs, such as her lace jumpers and embellished frocks. To compliment them, she wanted to create disheveled hair to impart a realistic edge. The finished look had a center part with soft-looking locks, “like they just got off a bicycle,” Fiona says, “wearing pretty clothes.”

Howard McLaren, vice president and senior artistic director for Bumble, says Fiona’s unflappable, professional demeanor is what makes her so in-demand. “Michelle has a distinct style and vision, but she’s also a great collaborator and listener,” he says.

Fiona is also proof that, in a recent turn, Bumble is churning out a crew of talented female stylists in an industry that is largely dominated by male superstars. Bumble’s own Jimmy Paul, Dennis Lanni and Laurent Philippon usually receive the crux of oohs and ahhs backstage, but a fresh crop of names is emerging, including Fiona, Sabrina Michals and Ramona, who goes by one name only. According to a Bumble spokesperson, for spring 2009, 14 of Bumble’s 37 fashion week shows, or 37 percent, were keyed by women, compared with the prior season, when just six Bumble shows, or 17 percent, were. Much of the credit toward the new focus on women is attributed to McLaren, who serves as the firm’s mentor for raw talent and is its driving creative force. “What makes female hairdressers great is that their skill set is infused with intuition. Many have an ability to filter a client’s/designer’s/photographer’s vision through their own unique filter. Who wouldn’t want to work with someone who can do that?” he asks.