She was formerly the vice chairman of the professional hair care company.

“I have letters from my three-year-old self in preschool saying, ‘I want to hurry and finish preschool so that I can graduate and start my job as the CEO of Paul Mitchell,’” DeJoria said. “Every year, literally my entire life, I’ve been so driven toward this particular title.”

DeJoria is the daughter of John Paul DeJoria, cofounder of the professional hair care company (and of The Patrón Spirits Company). A self-made billionaire, he started the California-based business with just $700 in 1980 alongside the late hairstylist Paul Mitchell and has turned it into the largest privately owned hair care company in the world.

“I think it was because of knowing the story of how my dad has created the business, and he held it with so much pride and so much honor, and it just meant so much,” Michaeline DeJoria explained of her interest in the company from a young age. After studying product development at the Fashion Institute of Design & Merchandising and organizational communications and industrial psychology at Pepperdine University, she began on the warehouse floor of JPMS packing boxes, then entered the marketing department, worked her way up, and most recently held the title of vice chairman.

“To finally have this moment where it’s officially passed on, it carries so much deep meaning for me,” she went on. “It’s not necessarily a huge change in my job, because I’ve been doing my thing for a while, but to be bestowed this trust and honor was incredible. I’m still kind of shocked by it, to be honest. I’ve seen it coming my whole life, because I’ve been working toward it my whole life, but then one day it just happened so suddenly. In five seconds, I went from just doing my job to Luke [Jacobellis] looking at me, our president, and said, ‘You’re the new CEO.’”

Jacobellis has been promoted to vice chairman, and Jason Yates is now president of the company.

“[Michaeline] did not inherit this position,” said John Paul DeJoria, who’s now chairman of the board. “She earned it. Why? Because she was very responsible, would follow through immediately, leadership, responsibilities, honesty. And also she’s very much into looking at the future with the company and futuristic thinking, not just now. And she handles herself extremely well. All management looked up to her during the crisis of 2020. All we went through in 2020, she was steady as can be and an unbelievable leader. With all due respect, her peers recommended her to run this whole darn company.…If she did not qualify for this, she wouldn’t have the job. Somebody else would have the job. I don’t believe in promoting people because they’re a family member.”

As the daughter of the boss, Michaeline has had to prove herself, she said: “It’s particularly hard as a female, as a young person, as the boss’ child. I mean, you kind of have three strikes against you. So, in a certain way, you do have to prove yourself harder than I would have if I were just a candidate unrelated to the business. It means a lot for people to see how much heart and soul and hard work I’ve put into this really my entire life.” 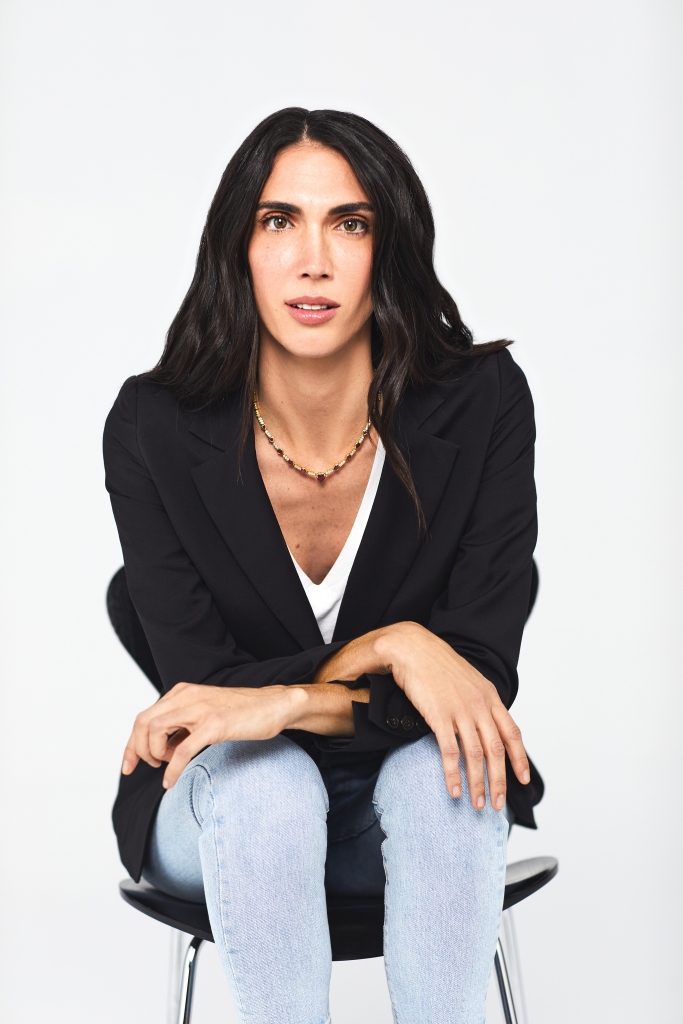 Looking ahead, she wants to take JPMS “to new places,” she added.

“Now I get to be the final vote on all of these crazy ideas that I have, which is very liberating and cool,” she said. “I want to be very innovative in everything we do. I want to break the mold of the current model of ways that we’ve just always done things and thought about things, looked at things. I want to collaborate to have our products available to more people in more places. I want to enrich our education and our awareness of how beautiful and detrimental the stylists relationship is. And I want to collaborate with other people out there, other companies and what they’re doing. I think there’s so much out there, so many incredibly innovative and clever channels to reach people now and ways to express yourself. I want to explore all of that. We’ve been in a pretty traditional model up until the last 10 years, five years, and I’ve made a lot of good progress, but now I really want to just go after the world and think outside the box.”