Retailer to launch a luxury line of beauty, body and hair-care products under the Beverly Johnson Luxurious Lifestyle brand. 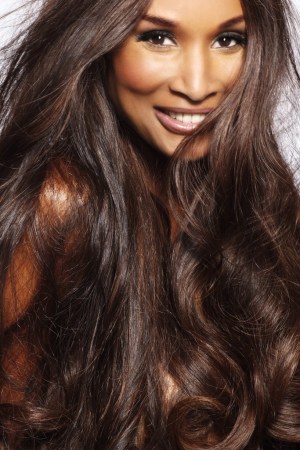 Frederick’s of Hollywood has entered into a collaboration with model Beverly Johnson to launch a luxury line of beauty, body and hair-care products under the Beverly Johnson Luxurious Lifestyle brand.

This story first appeared in the July 30, 2012 issue of WWD. Subscribe Today.

The upscale collection will be sold online at fredericks.com beginning Wednesday and will be rolled out to Frederick’s of Hollywood brick-and-mortar stores around the Labor Day holiday.

The collection will include The Model Logic hair-care line, a line of Johnson’s personal favorite formulas; Beautiful Body by Beverly, a smoothing and hydrating collection of body products, and Flawless Skin, a line of skin care formulated with all-natural botanicals, nutrients and emollients to help reduce the appearance of wrinkles and age spots.

Johnson, who is known as the first major African-American model, said she’s been a fan of Frederick’s of Hollywood lingerie since she began her career in the mid-Seventies.

Don Jones, president and chief operating officer of Frederick’s, said the partnership is a “big deal” for the retailer.

“Beverly and I have pretty much been down the same paths over the past 30 years — she as a supermodel in the fashion industry and me as a pioneer in the retail and branding world,” said Jones, who has held executive positions with firms such as Gap Inc., Target Corp., Filene’s, Macy’s Inc. and Ikea.

“Beverly visited us at our Hollywood store and spent a good amount of time there and said, ‘let’s do this’ — launch the iconic Frederick’s of Hollywood brand with another iconic name, Beverly Johnson.”

Jones said the reason Johnson is a “perfect” role model for the Frederick’s brand is because of her multicultural appeal.

“We empower women of all races, creeds, sizes, ethnicities, sexual preferences and lifestyles to be and celebrate who they are. Beverly is multicultural…I don’t think we will broaden our consumer base, but we will deepen our consumer base,” commented Jones.

He further noted that several more collaborations will be unveiled in the coming months, including watches. He declined to give details.

But he noted that collaborations, kicking off with Johnson’s line, is the strategy for spinning the Frederick’s brand into a portfolio of lifestyle categories.

Asked if Johnson’s line will be expanded into intimates and other products, Jones would only say the current focus is on a “core” brand launch.

“Then, extensions will be a consideration,” he said.

Johnson, who was in Miami shooting a marketing video for the new line, described herself as a lingerie aficionado.

“When I started modeling and everybody was grooming me as a supermodel, there were the satin robes.…I’m not the type of girl to wear cotton flannel pajamas. So, teaming up with Frederick’s of Hollywood was for some personal reasons — lingerie,” she said.

In addition to her partnership with Frederick’s, Johnson will be featured in “About Face,” an HBO documentary about leading models, aging and the fashion world that also has cameos from the likes of Jerry Hall, Paulina Porizkova and Isabella Rossellini. It airs today.