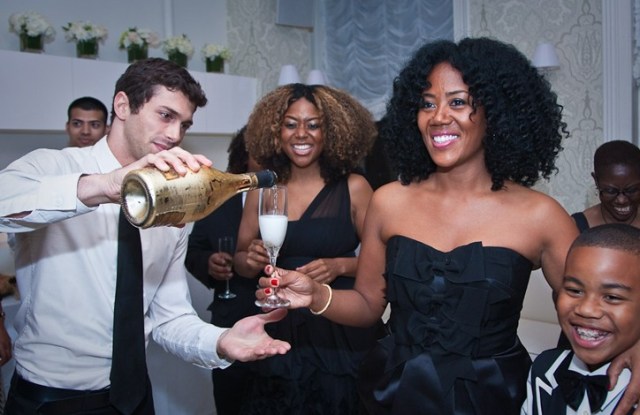 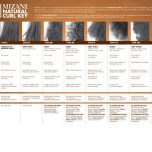 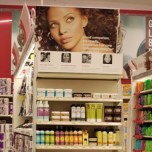 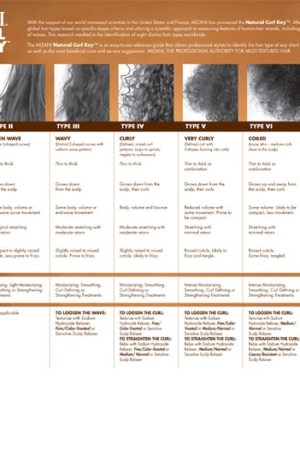 The hair care industry has finally woken up to the needs of girls with curls.

As more and more women of practically every complexion gain the fashion sense — and courage — to let their hair grow naturally and find its texture, some of the nation’s most powerful beauty retailers — Ricky’s NYC, Sephora, HSN and now Target — are building sections, adding endcaps and introducing brands designed for curly hair.

“At one time, there was a need to assimilate into the general market culture to be more like our general market peers,” she said. “But over time, women have become more confident in their ability to express themselves, bringing a lot more freedom in choice and style. A lot of women have come to the decision to move out of [straightening their hair],” said Guy.

Research backs this: A recent Mintel Reports study estimates a 23 percent decline in relaxer use by next year.

“There is demand for more product that would appeal to curly and problem hair,” declared a Target spokeswoman, adding that sales of curly haired products in recently implemented endcaps have “exceeded expectations.”

Ground zero of this budding movement is Miss Jessie’s salon and retail store, which will open July 16 in New York’s SoHo neighborhood. The beauty outpost, located on 441 Broadway, will be the latest in a handful of Manhattan salons created just for wavy locks and will operate its retail section seven days a week, complete with hair bars so women can do “curly hair strand tests and see product benefits,” said Titi Branch, who founded Miss Jessie’s products with her sister, Miko Branch, in 2004. Salon services, such as the proprietary Silkener, a treatment that “turns ’fros into curls” for $300, will be on offer three days a week, she continued.

The curly haired consumer, one that hair care makers unanimously described as “savvy” and “educated,” is also one who is grossly underserved. “For a lot of women, the move towards natural hair has been really revolutionary,” Titi Branch said. “But it also introduces them to unfamiliar terrain. Suddenly, women are up against curl patterns, kinky hair and very dry hair. They need a salon, a store to help make their hair beautiful and teach them techniques.”

Miss Jessie’s isn’t the first company to target curls. Ouidad, who refers to herself as the “global curl expert,” said she first addressed the category 26 years ago. She now operates two salons (one in New York and one in Los Angeles), sells her products on HSN and in salons and, in March, entered Sephora, where she said her line ranks number two in hair care sales.

“Retailers and manufacturers have been forced to deal with this segment. It’s not that it has been ignored. It wasn’t even thought about,” said Ouidad, adding that she welcomes the idea of another salon addressing textured hair. “We need another 100,000 more!”

Dickey, owner of Hair Rules New York, a Hell’s Kitchen salon that opened in July 2009 and caters to textured hair, said the nature of the salon industry has stifled addressing the hair needs of many women with curly hair — or straight hair, for that matter. “Salon is really the last segregated industry. You have the black salons, the white salons, the Dominican salons. And a [black] customer may not want what a [black] salon offers. So the consumer doesn’t know where to go,” said Dickey, explaining that, on any given day, there are a mix of whites, blacks and Hispanics sitting in his chairs, mainly as a result of him staffing stylists who cater to all hair types.

Miss Jessie’s, while being part of the movement that has concentrated on texture, has found a large audience in women of color who are thinking about transitioning to natural hair, said Michelle Breyer, co-founder of NaturallyCurly.com. “Before [Miss Jessie’s founders, Titi and Miko,] I don’t think a lot of these women knew it was possible to achieve beautifully curly hair. Titi and Miko are shining examples of it and they have the products and the technique to make it possible.” Miss Jessie’s offers 11 products in several different sizes, with price points starting at $9 for a 2-oz. Super Sweetback Treatment, a rich emulsion designed to elongate strands, to $58 for a 16-oz. Curly Buttercreme, meant to coat and plump curls.

While Miss Jessie’s audience tends be more African-American than not, the brand’s appeal does extend past ethnic: the Manhattan store opening coincides with entering 223 high-volume Target stores across the country. There, the brand, along with three others targeting textured hair (Curls By Mahisha Dellinger, Jane Carter Hair Care and Shea Moisture), have been placed in endcaps named Innovative Hair Care Collection.

The sisters’ personal story appears on signage for the endcap, including how Miss Jessie’s started: Soon after Miko became a mom, she found that relaxing her hair was not only time consuming, but a fruitless effort, especially after bathing her newborn son. “It would get frizzy and wet and those hours of work would be gone,” Titi recalled. Miko, a trained hairstylist, thought about going “natural,” and in 1997, opened up a small shop in Brooklyn. She was soon joined by Titi, who was then a news producer. In 2004, a product line was born in their kitchen sink and soon Miss Jessie’s (named after their grandmother, whose name was Jessie Mae Branch but whom everyone called Miss Jessie) hit salons and the Internet. Their products are now sold in 150 salons and distribution has grown so much they now use a fulfillment company.

Ricky’s NYC was one of the first mainstream retailers to acknowledge the textured hair category. Dominick Costello, president of Ricky’s NYC, said curls sales has been strong in his chain of 25 stores, and three years ago became a 6- to 8-foot section. About 20 percent of overall hair care sales is generated by sales of curly hair products in his stores, he said.

Costello added, “Ricky’s helped give many of these smaller brands their start.”

While the category is indeed growing, reaching out to stylists and consumers on how to characterize curl type seemed the best way to grow the business, according to Mizani, a multiethnic professional brand owned by L’Oréal USA. Earlier this year, Mizani rolled out a Natural Curl Key based on data from an extensive global curl study conducted in each continent. The key features data founded by the study, such as how curls range from Type 1 (straight to minimal wave) to Type VIII (zigzag coiled) and feature distinct characteristics, such as texture, growth pattern, elasticity and porosity. “We are bringing the voice back to the manufacturer. We are taking our knowledge and guiding the consumer to make the appropriate decision to be satisfied,” said Maria Cerminara, vice president of marketing for Mizani.

Curl items are offered by practically every major hair care player, from Tigi to TRESemmé to Carol’s Daughter to Pantene. And some become bestsellers, such as Tigi’s Catwalk Curls Rock Curl Activator, which outperforms all other Catwalk hair care stockkeeping units, Tigi said.

Salon owner Dickey is just hoping that the segment, perhaps with the help of Miss Jessie’s, becomes more texture-specific versus ethnic specific.

“The problem is that the industry jumps on a trend, and I get it — there are big dollars to be made. But they are doing products catering to one hair type. They need to target texture.”