The luxury, honey bee-inspired hair-care brand founded by the influencer Negin Mirsalehi is gunning for revenues of $100 million-plus after investment from Vaultier7.

LONDON — Gisou by Negin Mirsalehi, the haircare brand inspired by bees, has welcomed its first outside investor in Vaultier7 and the aim is to generate more than $100 million in revenue in the next three years.

A fashion and beauty influencer with six million followers on Instagram and YouTube as well as ongoing collaborations with Valentino, Dior, and Gucci, Mirsalehi founded Gisou as a direct-to-consumer business, although the products are also sold through a few select retailers such as Revolve and Galeries Lafayette on the Champs-Élysées.

Mirsalehi said Gisou is the best-selling hair-care brand at the latter.

The terms of the deal were not disclosed, although it is understood that Vaultier7’s minority investment is in the multi-millions of dollars. Until now, Mirsalehi and Stibbe had been funding Gisou themselves, and since its founding have invested $1 million.

In an interview, Mirsalehi said when she and Stibbe started the brand, “we intentionally decided to build everything very slowly — to build an organizational structure and a good product assortment, to build a community.”

She said the direct-to-consumer play was important “because we wanted to control the experience of the people — and to get to know the community. Now there is a momentum. People love the products, people are sharing them. And we feel it’s the moment to expand.”

Mirsalehi said after meeting V7’s founders, Montse Suarez and Anna Sweeting, it was clear they were ”fully aligned” with Gisou’s mission to encourage people to use natural-based hair-care products; to feel beautiful while doing so, and to raise awareness about the importance of bees for the overall ecosystem.

“They’re female-led, they understood our business, our mission. They didn’t want to take over. They really trust us in everything we do, they’re really proud of our heritage and story. And we really believe in what they are doing, so it was just a good match.”

Stibbe added that V7 “uniquely understands exactly who we are as a brand and the values of our international customer.” 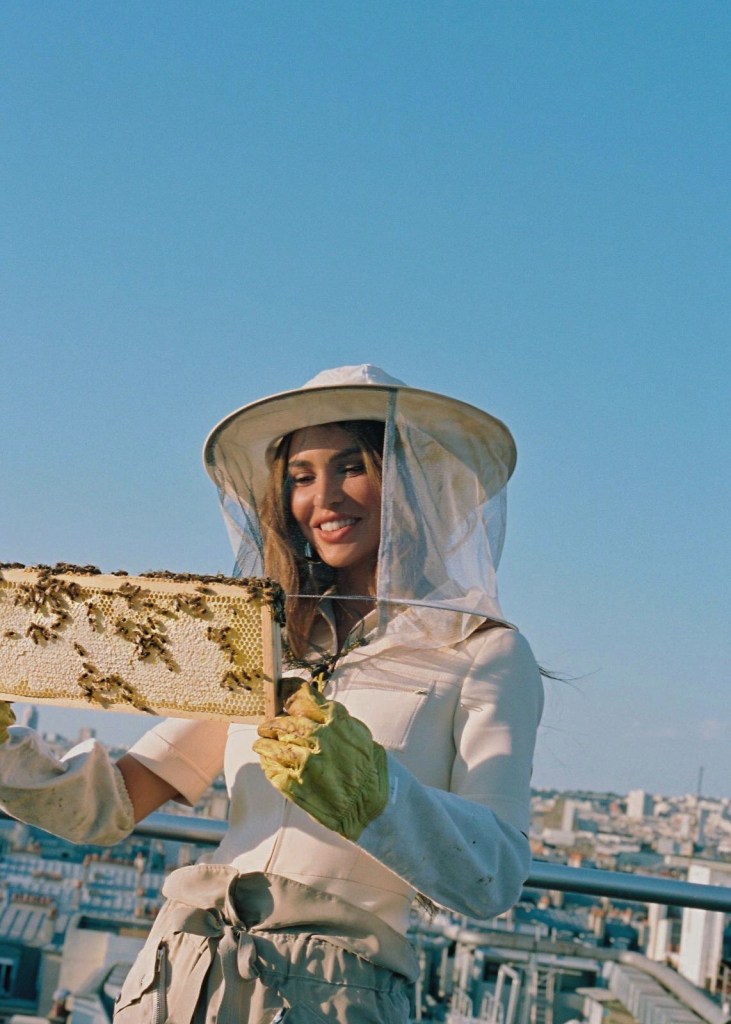 Suarez and Sweeting said they were “invigorated from the outset by Negin’s passion and commitment to her community, as well as her family values, which have made the brand so special.”

The investors plan to build on the sustained, rapid growth of the brand, “and prepare Gisou for significant global expansion, supported by exciting new product launches and ‘bee-based’ initiatives.”

Growth at Gisou, which speaks to myriad industry trends including sustainability, transparency and authenticity, has rocketed over the past five years. Although principals declined to confirm Gisou’s annual revenue, it is thought to be in excess of $10 million.

Mirsalehi was named one of the Forbes 30 under 30 in 2018, and has been Revolve’s Influencer of the Year for three consecutive years.

While the brand plans to launch a limited-edition curling iron later this year, the main focus will continue to be on bee-based hair and beauty products, with ingredients such as honey, propolis and royal jelly.

Europe comprises 60 percent of Gisou’s customer base, with 40 percent coming from North America. The company said this new investment round would focus on North America in particular, and accelerate ”high-potential” areas such as the Middle East.

Vaultier7 is a specialist fund based in London that looks to invest in challenger brands. It puts its money behind newcomer companies that have a distinctive attitude, digitally shrewd strategies and a compelling product offer.

The fund’s other investments include Axel Arigato, The Modist, and Little Spoon, a fresh, organic baby food company that delivers directly to consumers. 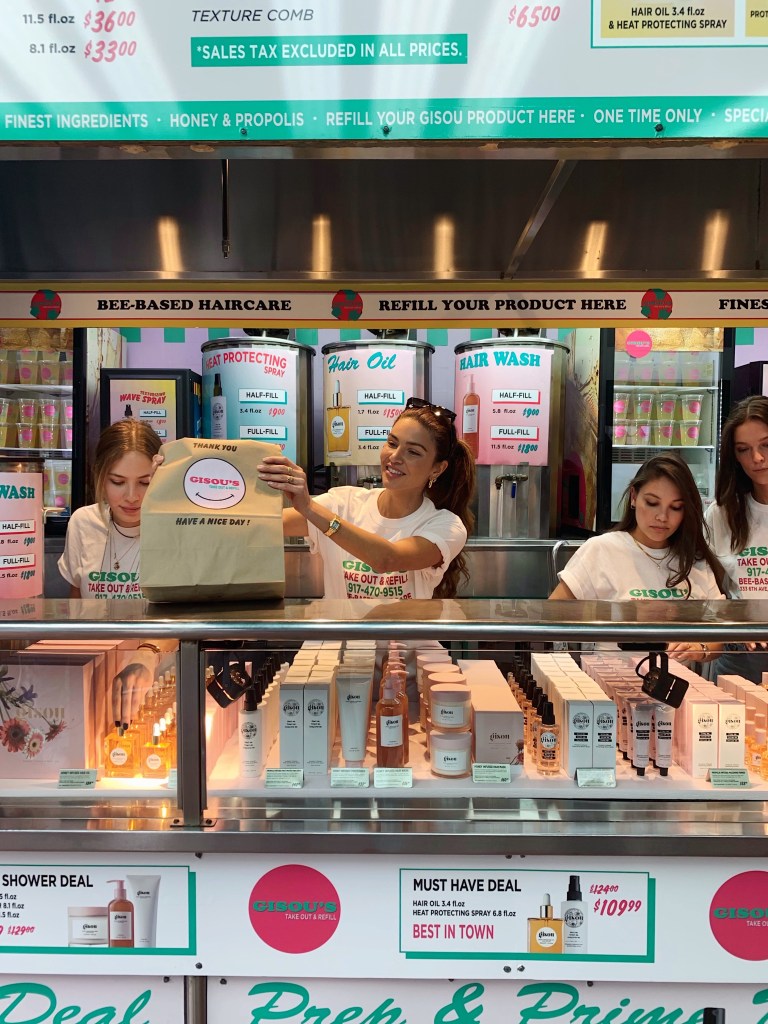 Mirsalehi’s story is engaging: A Netherlands native of Persian descent, she is an entrepreneur and self-made celebrity, known for her sleek style and for her lush and wavy honey brown hair.

Her hair has been, and will continue to be, Mirsalehi’s fortune: She developed Gisou, which means golden hair lock in Persian, after her social media followers kept asking why her mane was so shiny. The answer was simple: Her mother is a hairdresser and her father, a sixth-generation beekeeper. All that shine came from Mirsalehi’s mother’s own recipes using honey and propolis from the family garden.

In response to her followers’ questions, she and Stibbe created 10,000 bottles of Honey Infused Hair Oil and quickly branched into hair-care and styling products, using the honey and propolis from her father’s hives as well as other natural ingredients.

Mirsalehi said her mother was always experimenting with her father’s honey.

“Persian women care about hair and beauty, and that includes my mom. The oil was really one of her first formulations.”

All of Gisou’s products come from her father’s bee garden, and will continue to do so, she said.

“We are definitely looking into expanding, but everything will be under my dad’s watch. I call him the bee whisperer. It’s really in his blood, and I’m learning about it, too. He also guides so many other bee keepers who ask him for advice.”

The honey-infused products are meant to moisturize and condition the hair while the propolis ones are for pre- and post-styling treatment of the hair. Propolis is made by bees and they use it as a sealant in their hives.

She said the products, and the oil in particular, are very light. “I don’t like when products weigh hair down and make it oily. These are really about health and shine.”

Protecting the bees is also a top priority: “The importance of sustainable beekeeping for the overall ecosystem and the welfare of the Mirsalehi Honey Bees always come first, and our community appreciates that we hold ourselves to those values,” said Mirsalehi. 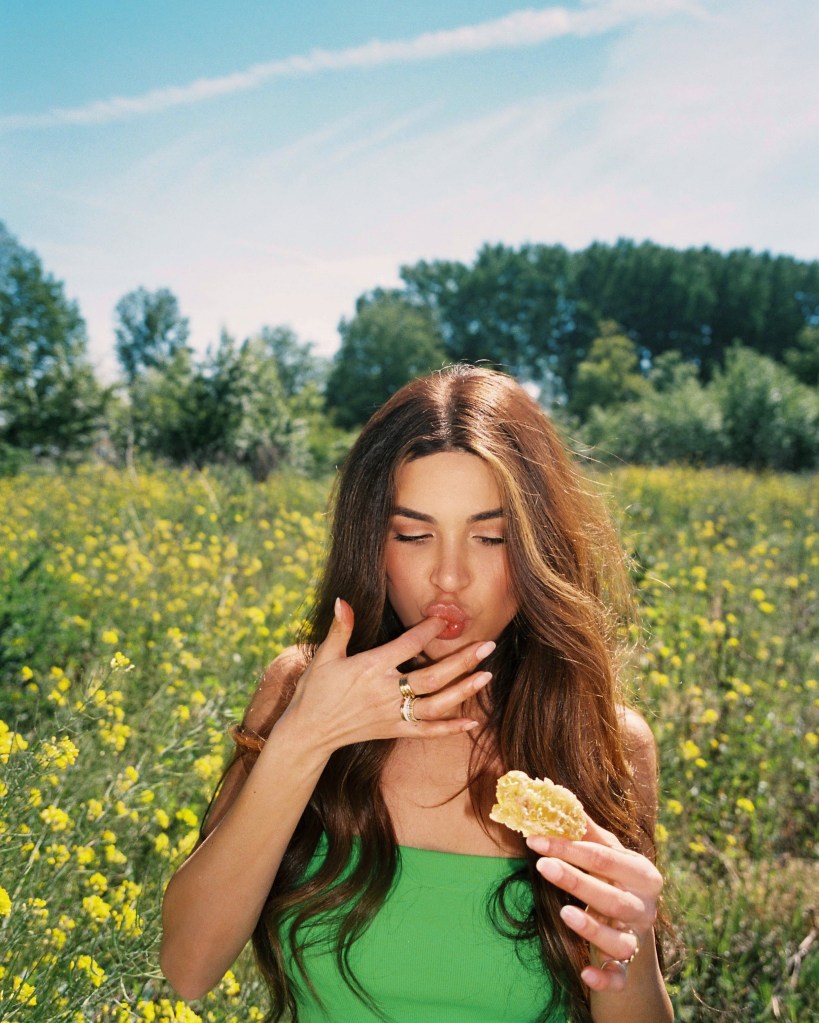 She is also a clever marketeer: Gisou’s sales rapidly gained traction thanks in part to the brand’s creative, social-media-based campaigns and an ongoing pop-up store strategy that leverages community-driven concepts in key markets.

Last September, Mirsalehi opened a sustainable pop-up for Gisou at a Papaya Dog in Greenwich Village. It featured a station where customers could refill bottles of Gisou product at a discounted price.

The move came after she shared a sustainability promise with her social media followers in which she pledged to use more biodegradable materials in her products and packaging.

When the brand did a pop-up at Galeries Lafayette, customers received a packet of seeds for bee flowers, so that they could plant them in their own gardens.

Mirsalehi also plans to host more pop-up stores in cities around the world and pursue the Gisou Bees Project, which pushes for the creation of urban beehives in cities worldwide. She also wants to come up with more pop-ups focused on sustainable concepts such as product refill, and events dedicated to raising awareness for bees.

The partners will also be using the new investment to build up their teams. “We’re trying to expand, especially when it comes to marketing, product development and creatives, and get more experts into the team,” she said.

Stibbe added that Gisou will start building a U.S. team this year, “because U.S. retail will be an important pillar of our growth, so we need to have boots on the ground there.” 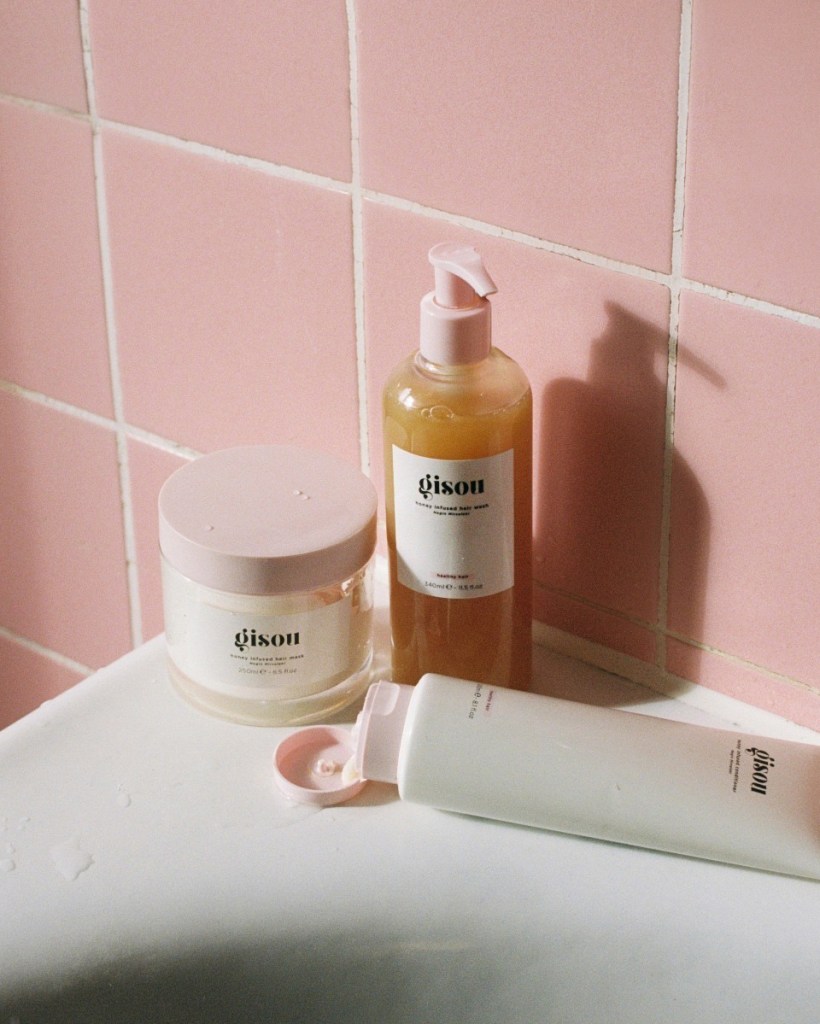 Stibbe said he and Mirsalehi have big ambitions for Gisou, but at the same time, “we don’t want to lose the family feeling, and the feeling we have with the community. Once a brand gets really big, you can see that they lose a little bit of touch, everything becomes a little bit more commercial.”

He added: “There are so many things that you can do with bee products. We’ll definitely be extending into beauty because the benefits of using bee products such as honey, propolis and royal jelly are endless.”

Despite her big plans for Gisou, Mirsalehi has no plans to bid farewell to fashion. While she won’t be attending the New York or Paris shows this season, that’s only a temporary move.

“Although my time has been more with Gisou lately, I’m managing to do both, and I think that’s awesome. It’s the right balance, it keeps everything exciting and fun.”