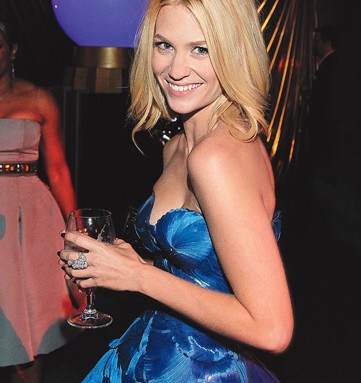 When it came to beauty at the 2010 Emmy Awards, makeup took a backseat to hair. From newcomers such as Glee’s Lea Michele to Hollywood veterans like Kyra Sedgwick, hair—and more specifically, wavy hair—was the predominant beauty statement on the red carpet. Four distinct camps were represented: long and wavy, voluminous, updos and cropped. Playing it safe in the natural-only-better camp were the likes of fresh-faced Katrina Bowden and Colombian-born stunner Sofía Vergara. More daring were those who injected their styles with volume, taking a page from fellow attendee and perennial bombshell Ann-Margret. Texture also infused the evening’s updos with a decidedly unstuffy air. But most modern of all were those who opted for edgier cropped versions infused with volume. Said stylist Mark Townsend, who worked on Michele and January Jones: “I wanted to find a way to blend Hollywood and fashion together.” Mission accomplished.