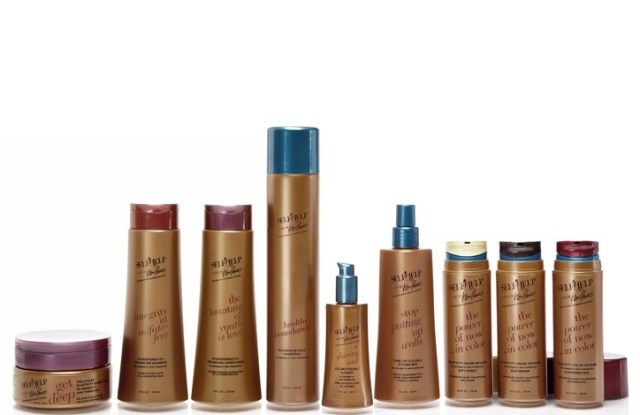 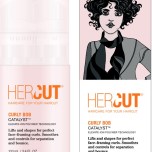 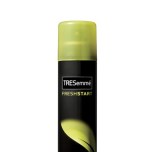 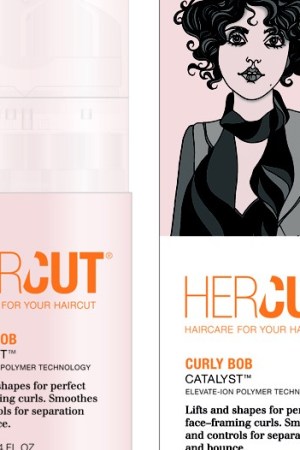 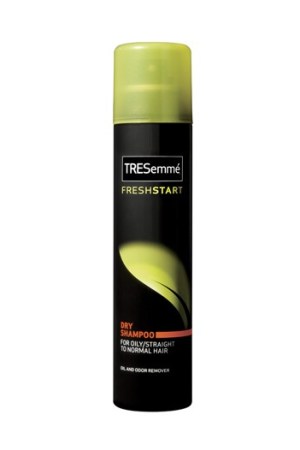 Prestige, masstige and mass outlets are set to receive some new hair care launches, lines that look to possibly drive excitement in a category where sales have been flat to “slightly down,” according to Jaime Schwab of Alberto-Culver Co. Here, the latest from Ken Pavés, HerCut and TRESemmé.

REAL HELP: Ken Pavés has made a name for himself within the hair world, and while some only connect him with Hollywood and that of “celebrity stylist” — with Jessica Simpson being among his closest friends and muses — those who have listened to what he’s preached through the years know that Pavés has his heart set on delivering what he can to the “real woman.” (He was, after all, behind HairDo, a line of affordable clip-in hair extensions that help regular folk look like the stars he styles.) That’s why Pavés is using the real women in his life, i.e., his mom, friends and niece, in an ad campaign to promote his latest launch, SelfHelp care of Ken Pavés, a hair care and styling line designed for color-treated, damaged hair. Formulas are sulfate-free and infused with coenzyme Q-10 clusters to help increase hair elasticity and strength as well as prevent aging and color fading, said Alec Batis, a beauty expert and consultant for the brand.

Getting real women to serve as spokeswomen for the brand “was a big challenge” said Pavés, who again is partnering with HairUWear of Kansas City, Mo., but one he strongly believed in. SelfHelp includes a shampoo and conditioner with names such as Sulfate-Free Has Integrity Hydrophobicity-Enhancing Shampoo and The Fountain of Youth Is Love Hydrophobicity-Enhancing Conditioner, respectively. Star items include Get Deep Follicular Elasticity Baume, a serum designed to restore elasticity to damaged hair; The Power of Now-In Color Elasticity Color Infusion, a color-boosting finishing product, which is available in red, honey and brown; Stop Putting Up Walls Firm, Yet Flexible Stylist Mist, and A Shining Soul Volume-Friendly Glosser. Prices range from $15 for Walls to $34 for Power and will be available on QVC and qvc.com and in Ulta beginning in May.

EXCLUSIVE DEAL: HerCut, the hair care and styling line from Blue Space Brands, has landed North American distribution at Sephora, beginning in February. After a successful run on the retailer’s Web site, HerCut founder Bob Salem said the next natural step was Sephora’s stores. HerCut, which targets a woman’s specific haircut as opposed to her hair type, will be featured in endcap displays at the front of stores. According to Sephora’s Mary-Beth Peterson, vice president-division merchandise manager for skin care and hair care, HerCut “was not just another liquid hair care brand. There is true innovative technology that we know ou clients will appreciate.”

To promote the line, Sephora and HerCut have created a cobranded microsite for a prestige hair customer experience that is set to launch at the end of January. Industry sources estimate sales to exceed $10 million at retail in the next 12 months. Grooming expert Kyan Douglas has also been tapped as the brand’s spokesman, with responsibilities of creating copy for the brand and appearing on QVC, with the first appearance scheduled for Feb. 6 during its Beauty News Maker segment. Robin Coe-Hutshing, founder and creative director of Studio Beauty Mix, said HerCut’s initial launch phase went very well, driven by styling (or catalyst) items as the concept “is a really unique marketing tool and has not been approached before. Because of that angle, it is interesting to women.”

Additions to HerCut’s existing nine stockkeeping units are under way, as well. A range called Curly Cut has been designed for long and short curly styles, and includes two catalysts (one for bobs and one for long layers) and two shampoos and three conditioners. There’s also Hair Cut sprays, one for long layers, shags and pixie cuts called Lift, Hold and Mold, and another designed for blunt and bob cuts, called Hold the Line. Curly Cut and Hair Cut sprays enter stores in May, and will sell for $24 for the sprays, $28 for the catalysts and $22 for the shampoos and conditioners.

DRY RUN: TRESemmé, the mass market’s leading styling brand, is poised to be the first major mass label to introduce waterless hair care items this spring. Hitting stores in March are a Dry Shampoo and Waterless Foam Shampoo under the Fresh Start franchise, a new subbrand for TRESemmé, which is owned by Alberto-Culver Co. TRESemmé said the products have been proven to reduce excess oil by approximately 75 percent without water and formulated to target two hair types.

The Dry Shampoo targets normal-to-straight oily hair and uses mineral clay to remove oil and citrus extract to give hair a fresh scent. The Waterless Foam Shampoo, said Jamie Schwab, marketing manager for TRESemmé, is perhaps “the first of its kind” in hair care overall, and acts as a moisturizing shampoo ideal for normal-to-curly dry hair. What drove the launch, Schwab said, “is the universal truth that 51 percent of women once a week skip a shampoo. So, there is an embedded behavior there already. This a true complement to their embedded hair care routine.” TRESemmé, positioned as “professional, affordable” products, are experiencing a sales uptick, something Schwab attributes to “folks coming to the value side of the segment due to the economy.” In 2009, he said, sales of TRESemmé increased in the low-double digits, compared with the overall category, which was down slightly.