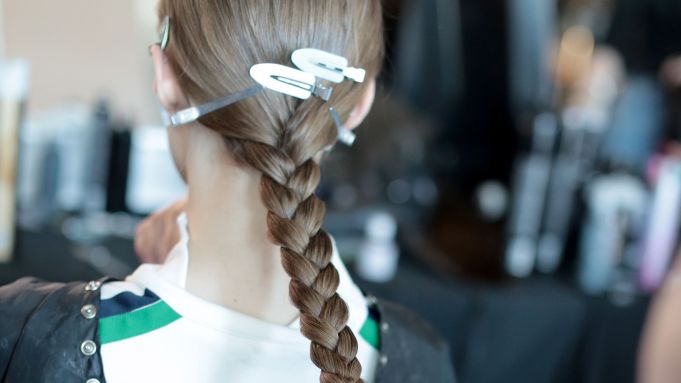 Several hairstylists — including Duffy for Sies Marjan, Guido Palau at Tory Burch, and Yuko Tamura for LaQuan Smith — have embraced extensions for the runway this season.

At Sies Marjan, Duffy used extensions on 11 girls, and a superlong wig on another. Six girls had black hair, and six had more vibrant colors, like red and pink. The rest of the girls had short ponytails, meant to focus attention on models with flowing locks. “The exaggeration of the other girls is a little bit louder, so you feel the romanticism of it,” Duffy told WWD.