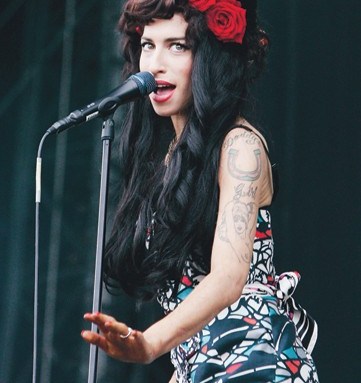 Musicians make a statement with wild manes, retro manes or no manes at all.

Despite the fact that she showed up at Armani’s fall 2007 show in Milan wearing what appeared to be fur-covered hair clips at the base of an otherwise-chic bob, Tina Turner is a rock chick who, let’s face it, knows how to work a wild mane (or, as some have whispered, a wild wig). The “Proud Mary” singer went from the structured beehive (Amy Winehouse, take note) to the flip to her now-signature lioness crown over the course of some 30-odd years, thus ushering in an era in which singers, rather than screen stars, set the (hair) style bar ever higher: Think Madonna as Marilyn, Sinead as monk, Cher as showgirl, Britney as junior high tart.

“Compared to Hollywood — and I’ve done a lot of Hollywood — musicians have the chance to really go beyond and give themselves an edgy look,” says JF Salon’s Julien Farel, who has tended to chanteuses from Jane Birkin and Carly Simon to Carla Bruni, pre-Sarkozy. (“She wanted to keep it long and very trendy on the top,” he says. “Really she just didn’t want to be boring.”)

Onstage, unlike on the red carpet, it would seem, bigger is often better, and color — well, pink picks up the strobe lights just that much better than brunette, doesn’t it? “Pink wanted to set herself apart, but she is that woman — that edgy, go-getter woman — so the color worked,” says stylist Danilo of the Mohawked, cerise-striped singer, with whom he’s collaborated on several shoots. Danilo is something of a rock ’n’ roll mane man, having worked with a list of divas three songbooks thick: Dolly Parton (“We did 17 looks for one shoot”), Cyndi Lauper (“She rocked the  pink hair first!”), Courtney Love (“It was a long time ago, and she was kind of a mess”) and, most famously, Gwen Stefani, whom he met backstage at a Vivienne Westwood show in the Nineties. It was Danilo who gave Stefani that platinum architectural coiffure for the 2004 Golden Globes, as well as Joni Mitchell a sleek, center-parted look for her 2004 VH1 special.

Though Stefani hasn’t let motherhood turn her roots brown, the pack of Aqua Net-wielding songstresses, from Faith Hill and Shania Twain to Emmylou Harris and Miss Parton herself, aren’t taking to the stage as often anymore. Could Katy Perry and Goldfrapp be the next hair icons? Perhaps, but in order to get a little r-e-s-p-e-c-t, they’ll have to be willing to switch up their looks faster than a Beyoncé costume change. As the feathered, crimped, highlighted and teased (often all at once) Stevie Nicks once said: “I’ll never be in style, but I’ll always be different.”