Chris Appleton on Life in Quarantine

“Some idiot told me to watch ‘Normal People,’” shares Chris Appleton with a playful smile. He was up until 2:30 a.m. binging the Hulu series, an adaptation of Irish author Sally Rooney’s 2018 novel. “I was sobbing. I’m such a hopeless romantic.”

“I think I’ve watched the whole of Netflix,” Appleton continues. It’s a guilty pleasure the 36-year-old in-demand hairstylist wouldn’t have time to indulge in otherwise. Pre-pandemic, he criss-crossed the globe with high-profile clients such as Jennifer Lopez, Ariana Grande, Katy Perry and Kim Kardashian West, to name a few.

“I can’t tell you how many flights I’ve taken,” he says via video from his home in Los Angeles, where he’s been quarantined. His hair is bleached, and he’s sporting a T-shirt and Adidas sweatpants. “It’s been back-to-back work, and this is the first time I’ve ever stopped in my whole life.”

Appleton has kept active with daily workouts. It’s for his mental well-being, he says, though he admits that in his profession “it’s good to look good.” Along with hair tips and photographs of his work, his 1.3 million Instagram followers are treated to shirtless shots of Appleton and his six-pack abs. “When I work out, there’s something about taking that time for myself. If you’re an empty vessel, you can’t give.”

It’s what he loves most about his job, to use his fascination with hair as a tool to transform a person’s mood or confidence. It’s a feeling he first experienced with his mother growing up in Leicester, north of London. At just eight years old, he dolled her up with glamorous updos.

“She had a hard life,” he says. “A working mom of five, full-time job…I wanted to make her feel better.”

He began working in a salon at 13 after lying about his age. (“It was a long time ago,” he laughs off.) He climbed the ranks, then transitioned into the world of fashion, working backstage at shows in London. 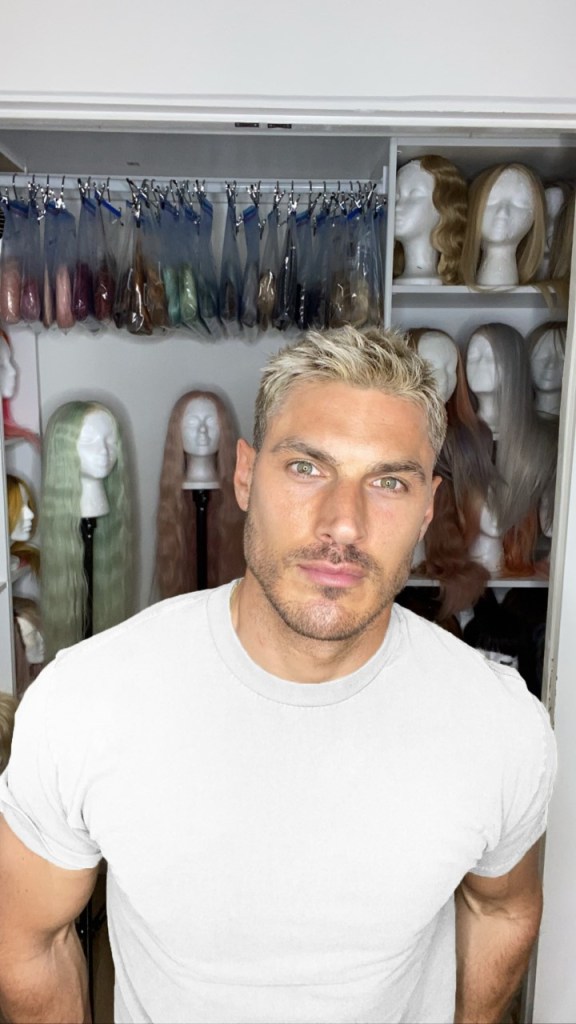 His first celebrity client was Rita Ora. He traveled the world with the English singer for two years, then moved to Hollywood at 31.

“I’ve had my eye on you for a while,” Lopez told him, before snagging him for her Vegas residency. In February, he experienced the whirlwind of a virtual craze (and 100,000 more followers in a day), after he posted a video on Instagram that captured a behind-the-scenes moment as he spruced Lopez’s wavy locks on the Super Bowl field in Miami moments before her halftime show.

When Lopez closed the Versace show last year in a version of her memorable jungle-print dress, it was Appleton who had created her half up-do. He’s been to the Oscars, Grammys, Met Gala. He’s given Grande her snatched ponytail, and regularly experiments with West on her ever-changing appearance, including the recent “animal print” style.

“It’s funny, I used to work with the most famous women in the world, and now I’m here with — what’s this one called? Tracy,” he says, grabbing one of the many mannequin heads he has on display. He uses them for tutorials, he says, sitting in front of a closet that’s full of extensions and wigs, a rainbow of colors and range of lengths.

He’s been giving back however he can these days, from sharing hair advice to words of wisdom to his fans on Instagram Live. He’s also donated products, contributed to COVID-19 relief efforts and, when it’ll be possible, plans to fly out a fan — a hairstylist from Armenia whose father died from the virus. Her story moved him. 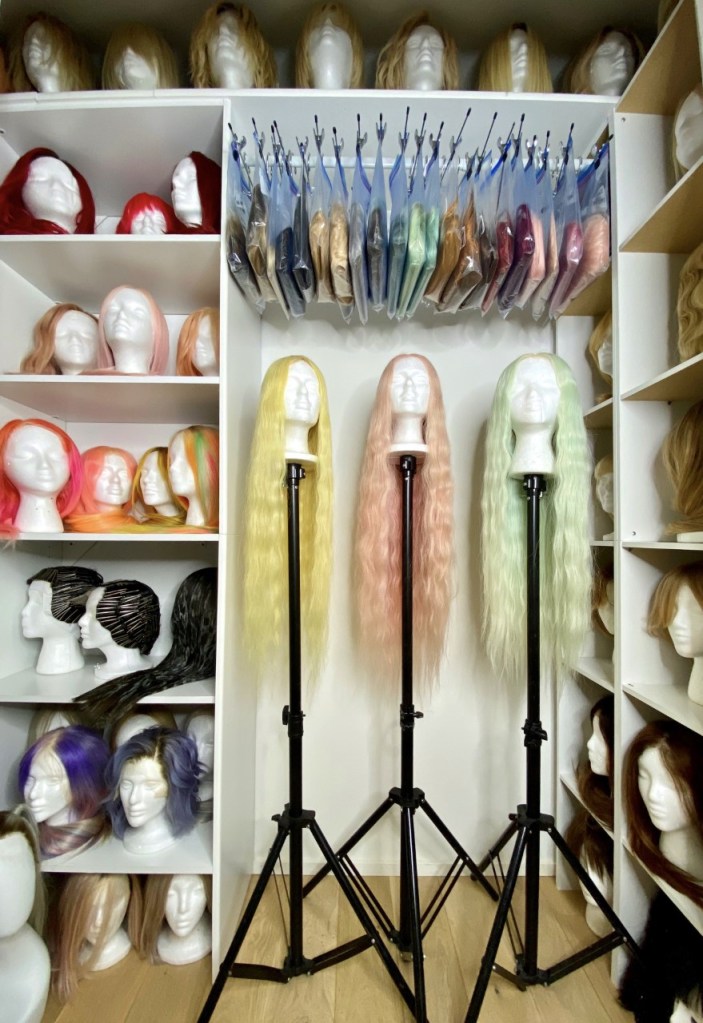 He misses his own family, he says. He has two, teenage kids living in London, a 15 and 17-year-old: “That’s the hardest thing, not being able to see them.”

It’s been a period of reflection, and more than anything, he’s feeling gratitude. For him, it’s about “getting people to smile through hair, an emotional medicine,” he adds. “In the salon or with J. Lo, the end result is — yes, to make people look good for sure — but feel good, that is the magic.”

What podcasts do you listen to?

“I listen to Matthew Hussey. He has a really interesting podcast, [Love Life], on relationships and love. There’s also Create the Love [by Mark Groves], which is about self-love and mental awareness. I’m always looking to be the better version of myself.”

What have you been cooking?

“I couldn’t cook in the beginning of this, and now I’m a chef. I used to Postmates everything or be at hotels. Now it’s fresh fish, fresh produce…celery, carrots, strawberries. There’s been a few disasters, but I’ve gotten into a routine with my cooking, and I like it.”

What have you been wearing?

“Grey sweats that I’ve had on for the last 64 days or however long we’ve been in quarantine. I put a shirt on the other day for the first time and was like, ‘Ugh, I can’t move.’ I’ve loved the coziness of it.”

What’s a silver lining in quarantine?

“It’s brought back some humanity, some kindness. Hopefully we can rebuild ourselves with some more emotional, passionate layers of being grateful for the things we have.”