The event attracted 40,000 attendees, roughly the same amount as last year, to check out 400 beauty brands. 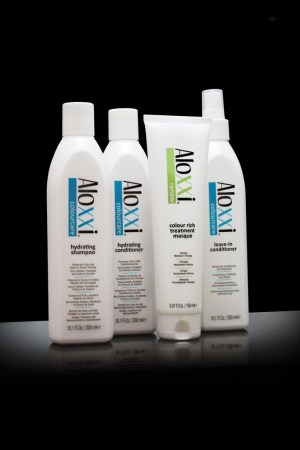 Good, but not great.

That was the consensus on the state of the salon industry at the International Salon and Spa Expo that ran Jan. 28 to 30 at the Long Beach Convention Center in Long Beach, Calif. It attracted 40,000 attendees, roughly the same amount as last year, to check out 400 beauty brands.

Salon owners and stylists were certainly spending, as evidenced by the enormous bags of products many were lugging around, but they reported their clientele has held onto recession habits, lengthening the time between their hair color and cut appointments, trying at-home remedies and searching for deals.

The Professional Beauty Association’s quarterly tracking survey underscored tentativeness in the industry. For the third quarter of last year, the last period for which there is data, 60 percent of salon and spa owners surveyed expected higher service sales in the next six months, down from 71 percent in the prior quarter and the lowest level recorded since the second quarter of 2009. Twelve percent of spa and salon owners forecast their service sales volume in the next six months to be lower than the same period last year, up from 7 percent last quarter.

However, the outlook for the hair and nail salon industry beyond six months is encouraging. Market research firm IBISWorld Inc. estimates that between 2010 and 2011 revenues for the U.S. hair and nail salons climbed 1.5 percent to $41.1 billion, but projects average annual growth over the next five years to 2016 will swell to 3.1 percent with revenues hitting $47.7 million. Growth will be propelled by the increased size and wealth of the demographic that visits salons most, women aged 20 to 64.

Even Brazilian Blowout presented an option for stylists who prefer not to use its original formula. Brazilian Blowout Zero advertises itself as releasing zero percent formaldehyde before, during or after a treatment and is described as containing a plant-derived KeraSafe Bonding System. The original formula remains by far the more popular choice, according to Gil Dalva, director of sales at Brazilian Blowout, who said a “very, very small percentage of people” select Zero. “It seems that people have tried a variety of other formulas and are coming back [to the original Brazilian Blowout],” he noted.

The last day of ISSE was the same day California Attorney General Kamala Harris announced that a settlement was reached with Brazilian Blowout manufacturer GIB LLC, requiring the company to provide warnings that two of its products emit formaldehyde gas, cease deceptive advertising and pay $600,000 in penalties. Dalva explained, “There is no need to reformulate for us as a company. That is huge because if the product did have major issues, they would force us to reformulate. We are really excited about that.” Brazilian Blowout chief operating officer Scott Freeman said, “We are very positive about 2012.”

In addition to smoothing treatments, hair care brands continue to dive into the color category. Kenra Professional is launching Kenra Color with 70 permanent, low-ammonia crème shades, 40 demi-permanent crème shades with no ammonia, a lightening powder and a color correcting system. Angela Dunning, vice president of marketing at Kenra Professional, said that 68 percent of Kenra’s current customers have expressed interest in taking on Kenra Color, and she estimated color could become a third of Kenra’s business. “It’s going to be a full-service brand,” she said.

One of the key products of last year — feather hair extensions — wasn’t as ubiquitous this year, but Mia Minnelli, chief executive officer of hair accessories and styling tool company Mia, believes they still have legs. Mia is spending $5 million on a television advertising campaign that will start running this month on cable channels to sell its Clip-n-faux Feathers made out of polyester. “We have been around for years, and we double our sales every year, so we are getting ready to go to the next level,” said Minnelli.

The nail sector, a small part of the overall hair and salon industry accounting for 10.9 percent of its revenues last year, according to IBISWorld, has outshone the industry as a whole of late when it comes to innovation and consumer excitement. Nail lacquer companies want to sustain the trend, and strategies for doing so include pairing up with celebrities and other entertainment franchises, introducing lacquers and appliqués easy for consumers to use to experiment with simple nail art, and further positioning soak-off gels as the must-have service at nail salons.

“It was a fantastic year last year, and we are expecting the same this year,” said Suzi Weiss-Fischmann, nail specialist OPI Products Inc.’s executive vice president and artistic director. OPI is launching six shades inspired by the New York City Ballet and another six created with rapper Nicki Minaj that Weiss-Fischmann suggested could be even bigger business than the brand’s highly successful nail polish collaboration with singer Katy Perry.

China Glaze’s 12-shade nail lacquer collection with Lionsgate’s film “The Hunger Game” will be released on March 1, but brand manager Rachel Schafer emphasized that’s not the only thing American International Industries-owned China Glaze has on the horizon. “Previously, we did six collections a year. In 2012, you are going to see 15 collections from us. We want something new on the shelf all the time,” she said. One of those collections will be Magnetix, which offers customers polishes for $5 that they pair with $5 magnets used to decorate nails with designs.

Besides nail polishes, American International Industries is pushing ahead with lash. It’s false eyelash brands, Ardell and Andrea, and lash adhesive specialist Duo, will be featured in a four-foot lash wall launching at 2,700 of Sally Beauty Holdings Inc.’s doors on May 1. The wall will contain 84 Ardell and 31 Andrea lash choices, and four types of Duo adhesives priced from $5.99 to $7.99. The launch of the lash wall will be promoted on Ardell’s digital billboard in Times Square.

In hair care news outside of ISSE, Aloxxi threw a party  Jan. 31 at the Román Salon in West Hollywood, Calif., to celebrate its relaunch. Nexxus established Aloxxi in 1994, and George Schaeffer, president and ceo of OPI, bought the brand from Alberto-Culver Co. in 2010 for an undisclosed price. Since then, he has completely restaged Aloxxi with the exception of its original Italian color formulations.

Under the stewardship of Schaeffer, Aloxxi is out to make salon hair color comprehensible to consumers. In order to do so, it has given names to hair color shades that normally are just ascribed numbers. For instance, Schaeffer’s shade is a medium natural blonde called Giorgio’s Folly. There’s also a light ash golden blonde called Give Pisa a Chance and a dark red blonde called Red-y for a Renaissance.

Aloxxi generated $5 million in wholesale revenues in around 1,000 salons the year Schaeffer purchased it, and he estimated that figure will double this year in 3,000 to 5,000 salons. To build sales and brand awareness, Aloxxi is putting $14 million toward advertising this year. “I have a five-year plan, and I expect it to be in the nine figures [in five years],” said Schaeffer.

Beyond Aloxxi’s color, the brand’s pre-color treatment ColourPrime and post-color finisher ColourLock are expected to be strong sellers. Sheri Román, hair colorist and owner of the Román Salon, said, clients “want something that is going to extend the life of their investment with additions like the ColourLock to seal their [hair] cuticles. Without that sealer, their investment is going down the drain, for sure.”

O&M, which stands for Original Mineral, is a 10-year-old Australian brand with sleek packaging that’s just arriving at salons in the U.S., where it aims to be a fashionable, indie competitor to L’Oréal Professional’s Inoa. The brand’s Mineral CCT Permanent Color has no ammonia, paraphenylenediamine, widely known as PPD, or resorcinol. It does have three minerals — illite, kaolin, and montmorillonite — said to help color penetrate the hair, enhance the health of the hair and protect against color fade.