Ouai and Dyson are teaming for a Ouai x Dyson Supersonic Styling Studio. 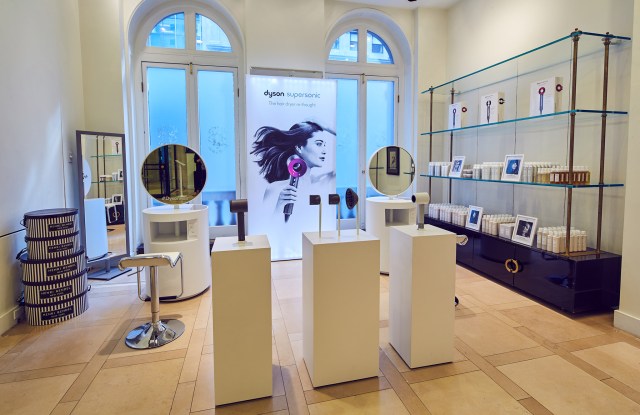 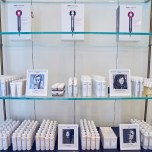 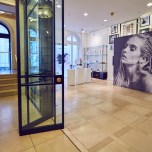 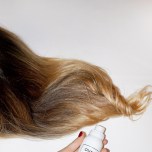 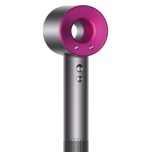 NEW YORK — Ouai Haircare might have been born online — on Instagram specifically, where its founder, chief executive officer and celebrity hairstylist Jen Atkin has 1.9 million followers — but the brand is about to get a freestanding retail presence by way of a pop-up at Henri Bendel.

In addition to carrying Atkins 18-product range, styling services will be available every Tuesday through Saturday from 11 a.m. and 6 p.m. Two stations, outfitted with Supersonic hairdryers and all things Ouai, offer four different dry styling options: the sleek The Fifth Avenue; tousled Waldorf Waves; a half-up Uptown topknot, and The Bendel Braid.

Ouai is a digital brand first, but the hybrid retail and styling space serves as a branding element that could live off-line, according to Andrew Knox, copresident of Ouai Haircare.

“It would be great to have the sales, but we’re truly looking at it from a branding and marketing position — as an event space and definitely a place where the cobranded pieces really work together,” Knox said, noting that in its first full year in business, Ouai exceeded first-year sales goals and is already on track to surpass 2017’s plans.

At first, New York seems like an unexpected choice for the Los Angeles-based Atkin’s first shop-in-shop, but after the hairstylist explained her rationale — a large portion of her customers live in New York, there’s more foot traffic on Fifth Avenue than anywhere in L.A., and the flood of requests from followers via Instagram direct message asking if she’ll ever do anything Ouai-related in New York — it’s clear she’s just listening to her followers.

“I think because the brand lives in L.A., it felt nice to go to our sister city and do something there,” Atkin said during a phone interview from Paris earlier this week.

But it’s mostly about her followers and loyal consumers, said Atkin, who refers to her brand as the “first hair-care line to be socially savvy.” In line with her ethos, the pop-up, inclusive of products and styling services, will be promoted simultaneously across Ouai, Dyson and Bendel’s social media channels.

Similarly, Atkin used social to launch Dry Shampoo Foam, an iteration of her original dry shampoo that was part of the initial range of products that launched with the brand last February.

“The foam, it’s funny. One of our consumers wrote us and said she was a nurse and that there was an ingredient called diatomaceous earth…in a product they use for patients who can’t get their hair wet after surgery,” Atkin said of the message she received several months ago. “The minute I read it at 3 a.m. — I was trolling through comments — I was so excited to test around. I ran to the laboratory with my team and said we have to figure out how to do this in a foam formula.”

Atkin’s resulting Dry Shampoo Foam, $28, which was ready for retail within four to five months, was promoted solely on social media. Atkin started teasing on social two weeks before it was available to consumers up until the day of the launch last month, which became the brand’s highest grossing day on its site since its inception.

She noted that the pop-up shop is just the latest in a slew of rollouts for the one-year-old brand. At the end of February, Sephora upped the number of U.S. doors that carried Ouai from 100 to 300. Internationally, the brand has entered Sephora’s throughout Southeast Asia, Australia, Canada and France through sephora.fr. In the U.K., Selfridges, Harvey Nichols, SpaceNK and cultbeauty.co.uk have all become retail partners.

“With Instagram and social media there are just no borders and no boundaries,” Atkin said, adding that next up is Singapore and the Middle East, where Ouai will enter Sephora in Dubai this fall.