The line, called Percy & Reed, is a collection of 16 products designed to give a professional finish, but to be fool-proof enough for customers to use at home. 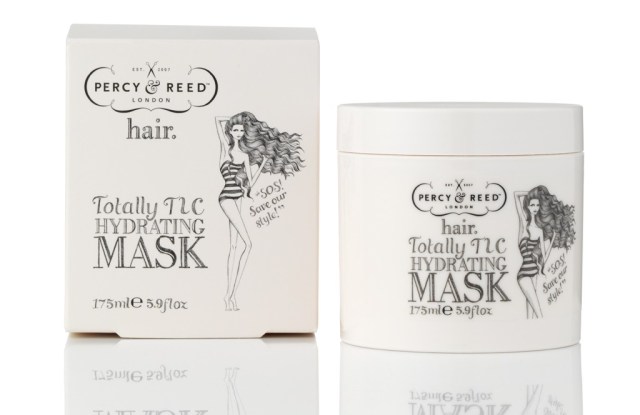 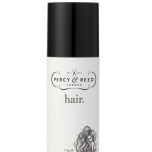 LONDON — London-based hair stylists Paul Percival and Adam Reed, who are known for their editorial and runway work —as well as running a chic West End salon — have distilled their combined 40 years of experience into a new line of hair care products.

The line, called Percy & Reed, is a collection of 16 products designed to give a professional finish, but to be fool-proof enough for customers to use at home. The products, which launched in the U.S. this week at Shen Beauty in Brooklyn, are formulated to be light enough to layer in the hair, so customers feel confident mixing different products. “[It’s] exactly the same as with makeup: You’re layering the products onto the hair, so you’re just building up an accumulative hold…You’re setting the foundation into the hair,” said Reed. The duo worked painstakingly with a chemist to achieve the formulations, some of which were inspired by professional products that they use, such as setting lotion. “We said, ‘We want the gloss and shine element of that, but we love the hold of this,’ and [the chemist] was able to [create] formulations that had amazing ingredients that would leave the hair glossy and shiny,” said Reed.

The products range from shampoos, such as Bountifully Bouncy Volumizing Shampoo, to styling products, such as Frightfully Firm Session Hold Hairspray. There are also hair oils for both thick and fine hair — called No Oil Oil — which Reed and Percival designed to impart volume or fight frizz while nourishing the hair.

The quirky names are matched with detailed, feminine packaging, which features an illustration of a different stylish girl for each product. The packaging also has tips from the stylists on how to use the products. “We always said we didn’t want the products to end up at the back of the shelf — Adam and I have wake-up-and-sweat nightmares about that,” said Percival. “We believe in the product range, and there would be nothing worse than [a customer] choosing the wrong product because they weren’t advised properly.” The duo, who own the line, also said they wanted their personalities to come across in the packaging. “There’s a little bit of humor in there, along with some quirky, cheeky British phrases,” said Reed.

In addition, the products all are formulated with one of two custom fragrances that the duo created with International Flavors & Fragrances. The two scents, called “A Walk in Nature” and “A Walk in the Rain” are green fragrances, designed to be redolent of “the countryside on a spring morning, after it’s rained,” according to Reed.

The range launched in the U.K. earlier this fall in Selfridges, Space NK, Harvey Nichols and QVC. The products are priced from 12 pounds, or $19, for a shampoo, to 24 pounds, or $38, for a pack of miniature products. The duo predicts sales of 3 million pounds, or $4.7 million, for the line in the first year.

And alongside plans to launch the brand internationally, in Europe, more widely in the U.S. and then Asia, Reed and Percival also want to add styling tools such as brushes to the line. In addition, they’re plotting to open a second salon over the next year or two, where they plan to carry a range of products sourced from their travels, which Percival envisions as “a little apothecary.” However, they plan to grow the range gradually. “We’ll only bring out new products that we believe are necessary and useful to [customers] as well as ourselves,” said Percival.