The Procter & Gamble Co. aims to increase its physical presence with a dedicated push toward virtualization.

By Molly Prior on November 14, 2008
View Slideshow 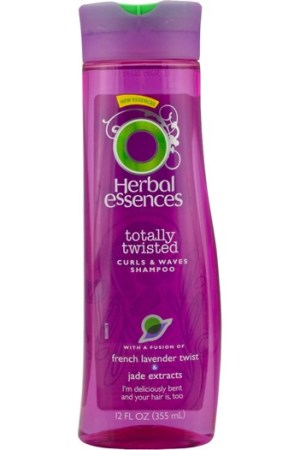 The Procter & Gamble Co. aims to increase its physical presence with a dedicated push toward virtualization.

In its ongoing quest to cut costs and accelerate innovation, the consumer products giant has been using virtualization, computer modeling and simulation to more efficiently create products, complete with consumer input, and bring them to market faster. P&G began implementing virtualization capabilities in 2002, and is currently using them in roughly 80 percent of its initiatives, said Scott Hagen, P&G’s virtual solutions service manager.

In the company’s 2008 annual report, chairman and chief executive officer A.G. Lafley stated, “Virtualization is enabling P&G brands to codesign products with consumers. The same technologies allow us to show retailers virtual in-store displays for half the cost and less than half the time required for physical shelf designs. Computer modeling and simulation saved P&G about 17 years of design time in the last year alone.”

The technology, first deployed to P&G’s research and development arm, is used for product formulation, consumer testing and in-store merchandising.

To make a shampoo, for instance, Hagen noted virtualization technology is used to speed the formulation and the chemistry during the R&D process, and later to develop the bottle and its graphics. All the while, the steps incorporate consumer feedback, which is funneled into the process.

“Virtualization allows P&G more opportunities to expose consumers to stages of development,” said Hagen. “We have the methodology to determine if our new package resonates with consumers. We don’t have to wait to build one or two physical prototypes.” He acknowledged there may come a point during the consumer testing process when the participant wants to pick up the shampoo bottle, flip up the cap and smell the product, but leading up to that point P&G is able to have an ongoing, back-and-forth conversation with consumers about their likes and dislikes.

Referring to the merits of virtualization processes, Hagen said, “It’s really faster, better and cheaper. Cheaper is the less important part of that mantra.” He added the tools help P&G more efficiently drill down to what “wows” the consumer.

The company noted that in hair care, virtual tools have been key to cutting development time for redesigned packages by nearly 50 percent. Several years ago, P&G’s hair care business created 3-D package designs for the restaging of the Herbal Essences and Aussie Brands. The result, said P&G, was packaging that better reflects consumer needs. For instance, the firm restaged the Herbal Essences range with jelly bean colored, curved bottles that fit more snuggly in consumers hands and in their showers.

P&G is also taking its technology on the road to retailers. Using mobile devices, the company can virtually show retailers how to best display a category, reconfigure an aisle or reinvent the store, said Hagen, adding that P&G can also share consumer feedback on a number of displays. “Virtualization allows P&G to present [retailers] three times as many options as before,” he said, referring to manually setting up displays. He would not comment on what kind of sales gains retailers have seen when they implement virtually generated planograms, but said, “Retailers definitely see a sales lift.”

Media maybe fragmented, said Hagen, “But one place we know where we can find her is in the store.”