Procter & Gamble Co. said Tuesday that it has signed an agreement to purchase Frederic Fekkai & Co. in an effort to boost its prestige hair care fortunes.

By Julie Naughton and Laura Mitchell and Pete Born on March 26, 2008
View Slideshow 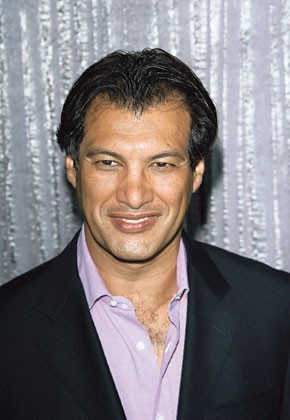 Procter & Gamble Co. said Tuesday that it has signed an agreement to purchase Frédéric Fekkai & Co. in an effort to boost its prestige hair care fortunes.

While terms of the deal were not announced, Fekkai told WWD in late November that his brand was on track to achieve revenues of about $100 million in 2007, including salon and product sales. Fekkai’s hair care and styling stockkeeping units range in price from $19.50 to $35, with an average ticket of about $23.

Industry sources estimate that P&G could have paid $100 million for the acquisition.

“We weren’t playing in the prestige department store hair care portfolio — and this fits in well with our intentions to do so,” a P&G spokeswoman said Tuesday, noting that the proposed acquisition “fits in with P&G Beauty’s plans to focus on faster-growing, higher-margin, more asset-efficient businesses.”

It also gives the company entrée into the department and specialty store hair care area, a growing market in which relatively few prestige players operate — the Estée Lauder Cos. Inc.’s Origins and Ojon brands, L’Oréal’s Kiehl’s Since 1951 brand, the Alès Groupe’s Phyto lineup, Bliss and Philosophy notwithstanding.

While P&G is a dominating force in the mass market hair care market with brands such as Pantene, Herbal Essences and Head & Shoulders, traditionally the higher end of the hair care market has not been a strength for the beauty giant. The Vidal Sassoon line, which P&G acquired from Richardson-Vicks in 1985, underwent a well-publicized stumble in 2000 when P&G sharply increased its price points —from an average of $3 to $5 to $5 to $12 — in an effort to position the brand as an upscale offering; sales of the brand dropped 40 percent in the year that followed. At the same time, P&G was also launching Physique, a hair care line with similar price points, in the mass market. In 2003, after P&G ceased distributing his brand in the U.S., Sassoon filed a lawsuit in U.S. District Court for the Central District of California in Los Angeles, alleging neglect, sabotage and the destruction of his brand and name.

While the Fekkai brand’s annual product sales are likely a fraction of what a Pantene brings in yearly, the successful upscale hair care brand gives P&G a luxury hair model to follow — with a stylist whose name definitely plays in Peoria. As well, P&G’s strengths in skin care and prestige fragrances could give Fekkai — who, in the past, has dabbled in hair accessories and handbags — further opportunities to expand his product range.

“We are lucky to be in luxury products, and we are benefiting from the great growth that they have seen in the last two years,” Fekkai said in November, as he opened his sixth salon in the U.S., in Dallas. “We are growing by double digits every year. Let’s not forget that we are a brand, the only luxury brand in hair today that is national.”

Fekkai’s hair products are sold in Neiman Marcus, Nordstrom and Sephora stores, among other prestige doors, in the U.S.

While noting the potential “nightmare” of owning and operating hair salons, industry analyst and consultant Allan Mottus nevertheless indicated that the Fekkai deal plays to P&G’s strengths in distribution and research and development, while giving it a French brand that can compete with archrival L’Oréal. “The downside is not great and the upside is larger.”

Mottus also cautioned against drawing any parallels with Sassoon, due to demographic differences. Sassoon is much older and “people don’t want to buy their grandfather’s products,” he said.

“Fekkai is the leading hair care brand in the U.S. prestige channel,” stated Craig Bahner, P&G’s vice president and general manager for North America Hair Care. “Our goal is to preserve the integrity of the Fekkai business, products and salons as sources of new product inspiration and consumer understanding. We see an opportunity to learn from and build this unique business model.”

Melisse Shaban, chief executive officer of Chrysallis, stated: “Our objective has always been to position the Frédéric Fekkai Co. for an even stronger future. We have achieved this goal and are confident in Fekkai’s continued success to the benefit of the company’s associates, clients and retail partners.”

— With contributions from Pete Born

LONDON — BareMinerals by Bare Escentuals is to make its U.K. department store debut at Selfridges & Co.’s Oxford Street flagship here April 9. The California-based mineral makeup brand will be exclusively available at the store for six months. The brand has been sold through U.K. spas since 2003.

“We look forward to celebrating similar successes here in the U.K. as in the U.S.,” stated Christine Benson, the store’s beauty buying manager, referencing the brand’s performance in its home market.