Forget stick straight or crunchy curly-When it comes to spring's must-have hairstyle, the tide has turned. 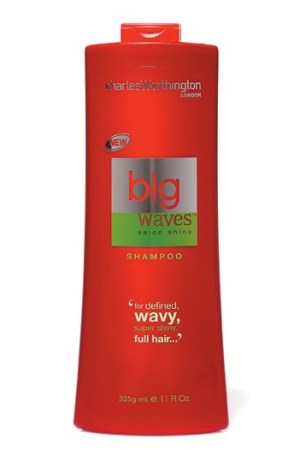 Forget stick straight or crunchy curly—When it comes to spring’s must-have hairstyle, the tide has turned. This season it’s all about waves, and thanks to a bevy of new styling product, it’s never been easier to catch the perfect one.

Wavy hair has been a hit on runways for the past several seasons, and now, big-name fashion houses—Chloé’s spring-summer 2008 campaign, for example—are acknowledging the trend, too.  So it makes sense that hair care products formulated to help achieve these soft, slightly frizzy styles are available in stores this spring. Sunsilk has a Sea Mist, Gel & Cream Twist and shampoo and conditioner under its Waves of Envy brand;  Redken is launching Elastic Works 09 Waving Gel; Charles Worthington has Big Waves, a range comprising a shampoo and conditioner, a Definition Creme and an Enhance Spray, and Sally Hershberger has an entire wave-enhancing collection under her mass market brand, Supreme Head. Hairstylist Tommy Buckett, who works out of Hershberger’s  Manhattan Meatpacking District salon, says today’s waves are more matte than shiny, and more carefree than highly styled, à la Carrie Bradshaw. “Waves now have that Eighties feel, unlike the Seventies when it was all polished. Little flyaways are okay. If it’s a little wavier in some areas than others, that’s okay. Even frizz is okay,” says Buckett. Wave-specific products, he explains, have more moisture in them since the new wave is not “a crunchy curl. You can touch it, it’s more natural.” Long-lasting humidity resistance is achieved through ingredients such as brown algae extract in Hershberger’s items; Redken’s products utilize a high-tech bonding system; Sunsilk uses sea salt and Worthington uses conditioning agents to tame dryness.