SoftSheen-Carson Looks to Broaden Consumer Base

The ethnic hair care brand experienced a 7 percent increase in sales between 2011 and 2012. 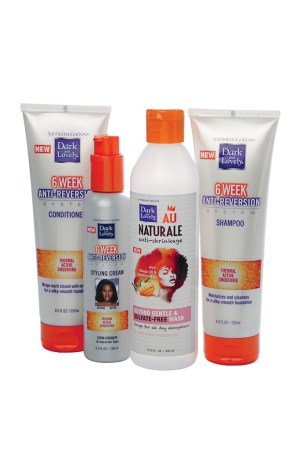 After experiencing a 7 percent increase in sales between 2011 and 2012, ethnic hair care brand SoftSheen-Carson is looking to continue broadening its brand proposition and its consumer base.

“Going from a niche, relaxed [hair] focused consumer base and increasing our multiethnic outreach are big focuses of ours,” said Nicole Fourgoux, vice president and general manger of L’Oréal-owned SoftSheen-Carson. “Our consumer is highly engaged in the category, but she is still underserved. We saw an opportunity to offer innovation customized to her needs.”

Since Fourgoux joined the brand in 2011, she has been focused on capitalizing on the ever-growing multiethnic consumer base, which is expanding at a rate of more than double the general market, according to Symphony IRI.

To reach this demographic, Fourgoux said she has been zeroing in on product innovation, both with consumers seeking chemical straighteners and natural offerings, and a more inclusive marketing strategy.

“The relaxer segment is underinnovated,” said Fourgoux, adding that the brand is also looking to tap into professional markets. “We are recruiting consumers out of the salon. We are recruiting into the category from outside of the market and within, upgrading her experience into a more involved ritual.”

One “ritual” which Fourgoux has looked to update was relaxers. Earlier this year, the brand launched Amla Legend, a line inspired by Indian ingredients. Among its offerings is a No-Mix, No-Lye Cream Relaxer, billed as a more sensorial, more gentle, relaxing experience. “We think this becomes even more relevant because about 50 percent of [female African-American] consumers are relaxed,” said Fourgoux. In September, the brand will launch a complementary Rejuvenating Oil, $9.99, a hair treatment said to smooth and enhance shine. Even those ethnic customers who do not use relaxers are opting to wear their hair straight, she said. To address them, in July 2012 the brand launched its Dark and Lovely 6 Week Anti-Reversion Cream Serum, which seals hair strands with an amino complex to extend time between relaxing. In September, a new Anti-Reversion Shampoo, Conditioner and Styling Cream, $5.99 to $8.99, will be launched to strengthen the brand’s offerings for the nonchemical straightening shopper.

On the natural front, this September will also bring a new sulfate-free shampoo, $9.99, to the Au Naturale Anti-Shrinkage line, first introduced in January.

“Au Naturale is a big departure to reach out to the natural hair consumer,” said Fourgoux. “The ‘naturalista’ has really welcomed it with open arms — we have become the number-two styling line in drugstores in just a few months. We think the consumers were waiting for a point of view expressed [on shelf] in the natural category.”

Fourgoux said growth is being fueled in great part by a white space in the ethnic hair category. Citing IRI data, Fourgoux said that in less than six months post-launch, Amla Legend became the number-four ethnic hair care line in drugstores. “Amla was launched into a very high-loyalty segment, and it was very well received,” said Fourgoux. “Now in the second half we are extending our line, which is helpful for ritual building and regimen use.”

Although historically targeting an African-American consumer, Fourgoux said the brand is now focusing on additional segments, including Latinas. “Amla for now from our perspective has broader [potential],” she said. “A lot of our advertising strategy had been [targeted to] African-Americans, and we’re broadening on an ongoing basis. We have a very specific multicultural opportunity.”

To continue its momentum, Fourgoux said the brand is focused on the digital space and has plans to increase its digital presence, namely social media and integrated marketing .

“As consumers get more and more knowledgeable, they understand our products and are interacting with each other,” she said. “As consumers [continue communicating] we see much more cross-usage than in [the] general market. We want to early on encourage this behavior.”