Spring 2009 Hair: The Straight and Narrow

For spring,the flatiron reemerged with a vengeance. 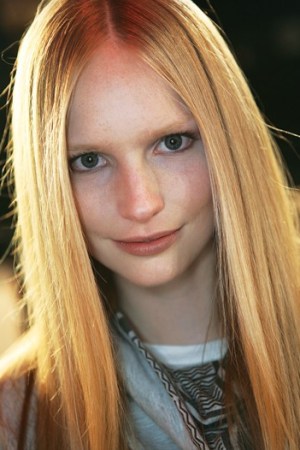 Appeared In
Special Issue
Beauty Inc issue 11/14/2008
For spring,the flatiron reemerged with a vengeance. Gone were the long layers of socialite waves as popularized by Tinsley Mortimer et al. Superstraight, supershiny locks dominated in their stead. “Hair is less precious and glam this season,” said Eugene Souleiman at the DKNY show, where he blew hair straight then flatironed it. “The idea is to keep the girls as realistic as possible, but fine-tuned,” said Luigi Murenu at Givenchy. “We’re blow-drying hair with the ends out, which gives an airy and luscious look. It’s simple, modern minimalism.”