The hairstylist and his husband and business partner, Jason Backe, discuss racial injustice and the reopening of their "smart" salon, a "COVID-19-safe concept" that's arguably the beauty shop of the future.

Ted Gibson and Jason Backe at Starring by Ted Gibson on June 6, 2020.

“By the grace of God, the salon was not touched,” said hair colorist Jason Backe alongside his life and business partner, hairstylist Ted Gibson. The couple, married in the summer of 2014, are the owners of Starring by Ted Gibson in Los Angeles.

Though L.A. county had given beauty salon owners the clearance to resume business on May 29, vandalisms and lootings in the city began the very next day. “Saturday night was pretty much the worst of it in our neighborhood,” continued Backe, whose salon is located on South La Brea Avenue, by West 3rd Street.

The duo boarded up their storefront and officially reopened on June 3. Like many, they were eager to get back to work, though they had a leg up from most salon owners.

“We had no idea it would be a COVID-19-safe concept,” Backe said.

It’s a “smart” salon with technology (including voice-commanded lighting and music) that distinguishes it from others facing these unprecedented times. By appointment-only, the boutique business is cashless, and has five chairs, each 8.5 feet apart, with no front desks or assistants. In fact, there are only two employees, and when it comes to retail, merchandise (like Gibson’s own product, the $52 Shooting Star Texture Meringue) can be purchased through a digital booking platform, a partnership with Amazon. The business, opened last year, is their fourth salon after previous endeavors in New York City, Florida and Maryland in the outskirts of Washington, D.C. 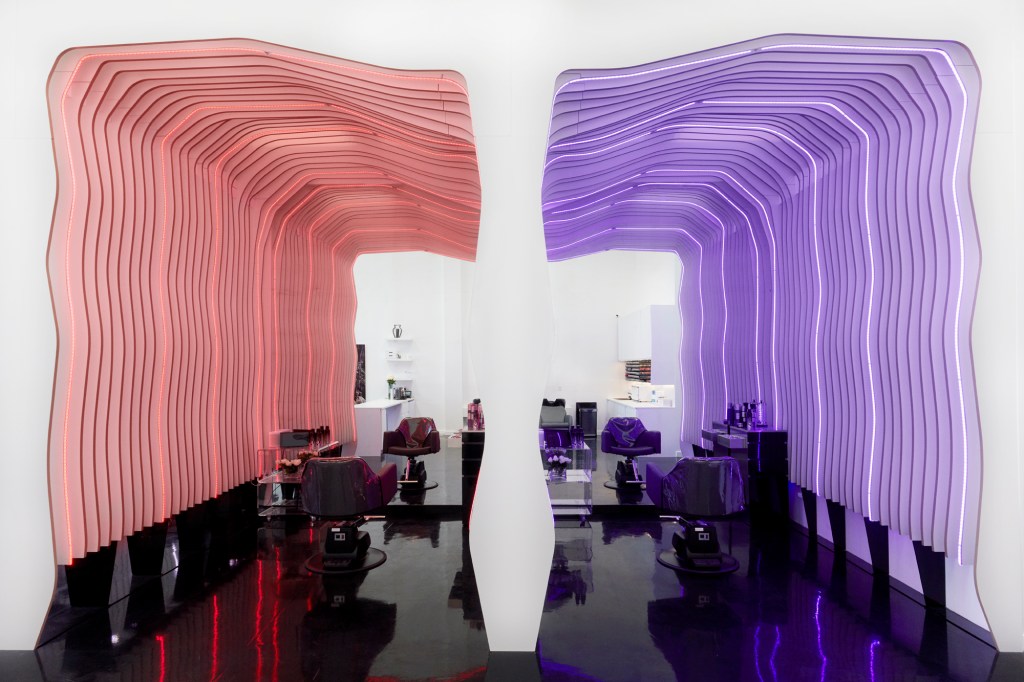 “We have had to modify our booking time and salon schedule [to allow fewer clients a day],” Backe said. On the Wednesday they reopened, the salon was at capacity with six appointments. “While we can still be profitable, a lot of people won’t be able to do that, so I have a lot of concern for my fellow salon owners, and how they’re going to pull through this.”

The duo fell on hard financial times themselves during the coronavirus pandemic. “We’re not big savers,” Backe said. “When we had to close the salon and Hollywood shut down, and we couldn’t go to New York to do clients, we literally had $2,000.”

They’re recovering, one client at a time. They’ve raised the price of cuts and color by 20 percent to meet the higher cost of conducting business. Gibson’s cuts, known to be on the higher end, cost $2,400 (though the starting price at the salon is $180), while color by Backe is $500 for every half hour.

“If a woman didn’t value her hairdresser in January, in June she definitely does,” Gibson joked. Along with taking the necessary protocols outlined by the state, all clients are given a hot towel and hand sanitizer as they enter the salon, he said, and along with their masks, they’re given face shields to wear when hair is shampooed and conditioned. 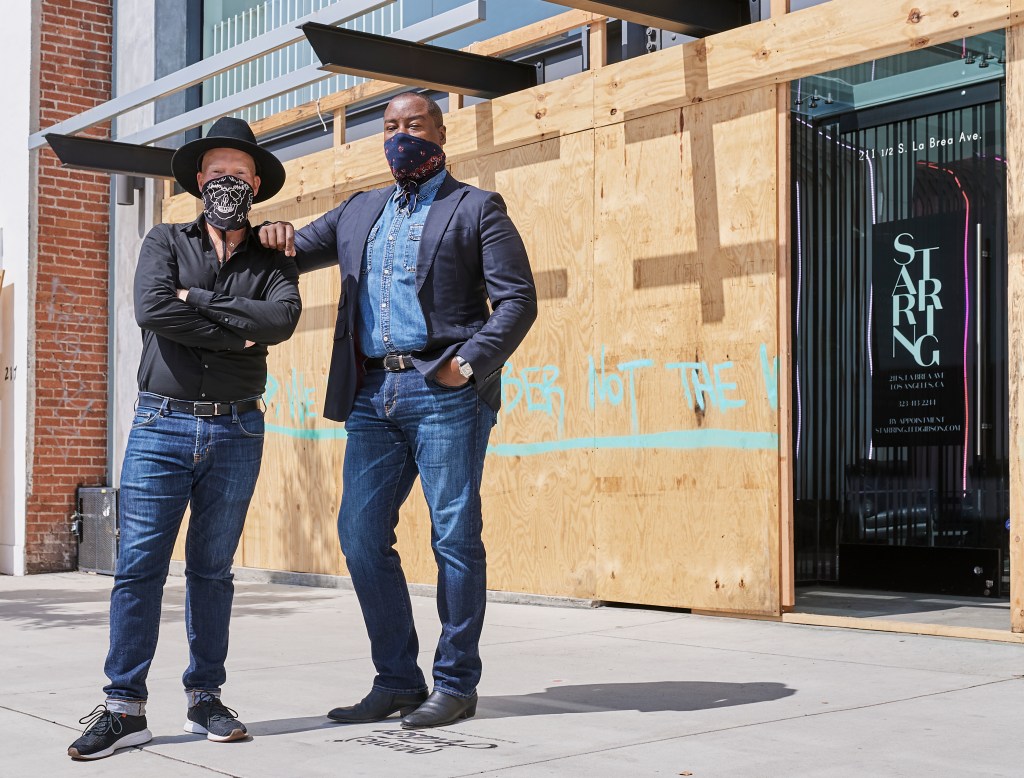 The industry knows Gibson as one of the leading names in the profession, from his work backstage during fashion weeks to his long list of Hollywood clients, Angelina Jolie, Lupita Nyong’o, Anne Hathaway, Priyanka Chopra and Jessica Chastain, to name a few. He’s also made a number of TV appearances; viewers may remember him best from TLC’s “What Not to Wear.”

Still, Gibson has not garnered many of the accolades of his peers and spoke candidly about the challenges of being a black hairstylist in the fashion and beauty industry. “I still have not necessarily gotten the recognition from the fashion or the beauty business that I feel I deserve, and I know it’s because I’m black and because I’m gay,” he said as the conversation turned to the recent protests, sparked by the police killing of George Floyd, in support of Black Lives Matter.

“But I know I have to be better, that I’ve always had to be better than my white counterpart at the same level as me because of the color of my skin,” he went on. “I haven’t used it as a crutch, if you will. I’ve used it to my advantage. I knew that it was important for me to have this platform that I’ve created to be able to show the next generation of hairdressers that they can do whatever it is they want to do in the business. I think I’ve done that, but I haven’t gotten the recognition that I feel like I deserve. I haven’t.”

“Just as an example,” jumped in Backe, “Ted has worked with the most famous, beautiful, well-known, respected women in the world but never once has had an American Vogue cover.”

Whether working with Jolie, Hathaway or Chastain, “I never got an option to do [those Vogue covers], even if I had a relationship with the actresses,” he shared. “They would never hire me for the job. Meanwhile, if Oprah or a black woman would be on the cover, what would happen is a white hairdresser would do it. The only one — and this is probably in the last five or six years — if Beyoncé would have a cover, Kim Kimble would do it. And it’s because Beyoncé would demand it.”

How can industries improve? “Stop denying it,” he said. “It’s the first part of healing, in racism and segregation. It does exist.”

“And hire black people,” added Backe, who, like Gibson, emphasized his own imperfections and faults. “Let’s all do better.”

“Now, people are talking about black-owned beauty brands,” Gibson continued. “Why weren’t you including them before? Now you feel like you have to? What’s going to happen in two, three weeks?” 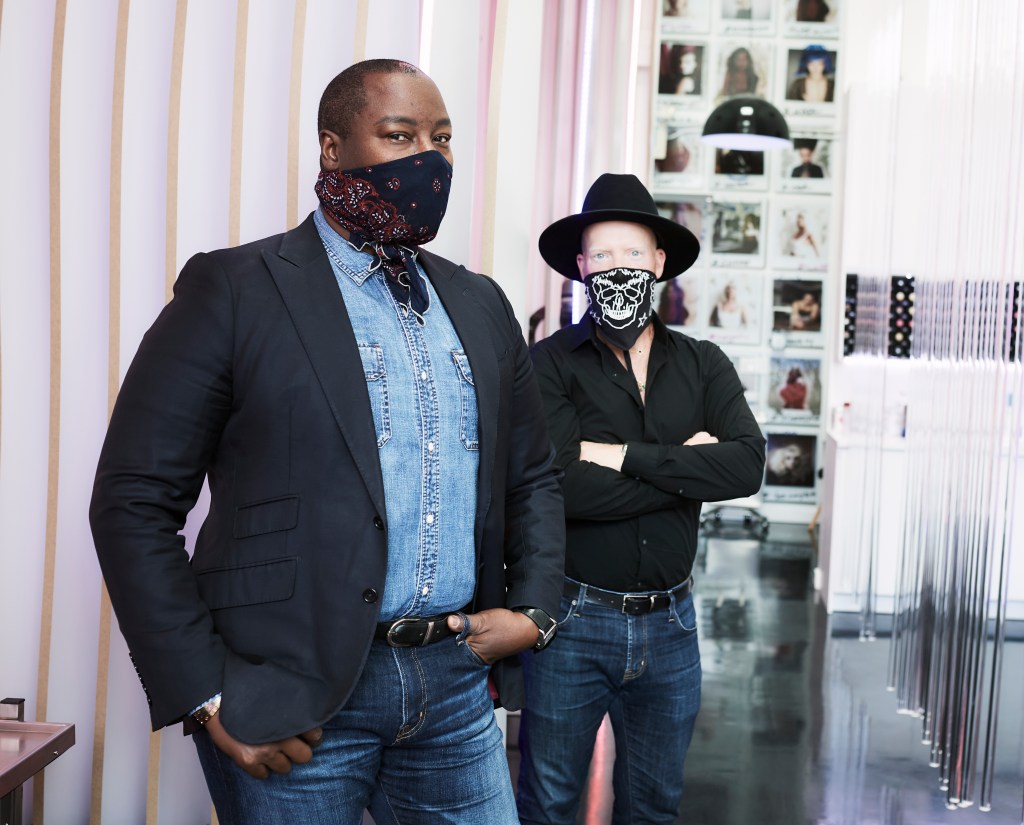