Brands are benefiting from men growing their facial hair experimenting with new looks while on lockdown, but will the new hobby remain?

Bevel, one of a the men's grooming brands that have seen sales increase on beard products.

As people around the world continue to acclimate to quarantine, many men are turning to new grooming routines to experiment with their appearance and pass the time.

No one could have predicted or prepared for how long mandated lockdowns would last given these unprecedented times. As the days progressed, grooming practices maintained normalcy, but over time and with barber shop closures, men have become lax about their grooming routines with many growing what is being dubbed as the “corona-beard.”

The corona-beard is exactly how it sounds. Men are growing their facial hair out during the lockdown, and donning everything from Tony Stark-esque goatees to beards to complement their moustaches, wide sideburns, or “muttonchops,” or letting their beards get long like NBA All-Star James Harden.

“A lot of guys are taking the opportunity to get creative,” said Devon Zdatny, chief executive officer of First & First Consulting. “The motivation fundamentally starts with ‘What’s the point?’ and evolves into, ‘Why don’t I try this?’”

Zdatny found that one in four men in America are growing out their facial hair, and one in three men who had stubble are growing their facial hair longer. She added that the men in particular who have “taken the time to be a bit lazy,” range in age from 25 to 44, are mostly married or in serious relationships and have high-paying, manager-level positions in client-facing jobs.

Oars + Alps ceo and cofounder Mia Duchnowski also noticed an increase in men’s facial hair saying that customers don’t feel motivated to maintain their facial hair. “From what we’re hearing on social and through our customer service team, there is no pressure to look completely put together,” said Duchnowski. “Many say that Zoom isn’t HD or like real life, so you can get away with an unkempt beard.”

Walker & Company brands vice president of marketing Tia Cummings said Bevel customers have been sharing photos and stories about growing their facial hair. “Now that they’re stuck in the house, they don’t feel the pressure to shave every day,” she said. “Maybe they’ve always wanted to grow a beard, but didn’t want to go through the patchy phase in public.”

Facial hair maintenance was actually in jeopardy at the beginning of the spread of the coronavirus. A 2017 infographic from the Centers for Disease Control and Prevention about facial hair styles that are most suitable for wearing a respirator made its rounds in late February 2020, with many media outlets sharing the graphic and reporting that shaving is recommended for all men. The CDC followed saying that the graphic is only for those who wear respirators for protection at work and that it doesn’t recommend men outside of the workplace shave their facial hair.

Still, some guys are continuing to shave. Zdatny said some just can’t handle maintaining a beard, while others are influenced by their significant other. First & First’s Social Insights report found that men “have gravitated towards extreme ends of the facial hair spectrum.” This bodes well for grooming brands offering products for shaving or facial hair maintenance.

Cummings said that the Bevel beard trimmer, beard balm and beard oil “have been selling strongly,” and the trimmer, shave system and balm in particular have “grown in popularity.”

Oars + Alps beard oils sales have seen “a 50 percent increase week over week” from the end of January to this week. Maapilim founder Jonathan Keren said their beard wash and beard softener are trending up and the under beard serum that launched in March “has shown really nice sales,” with beard product sales up 45 percent. 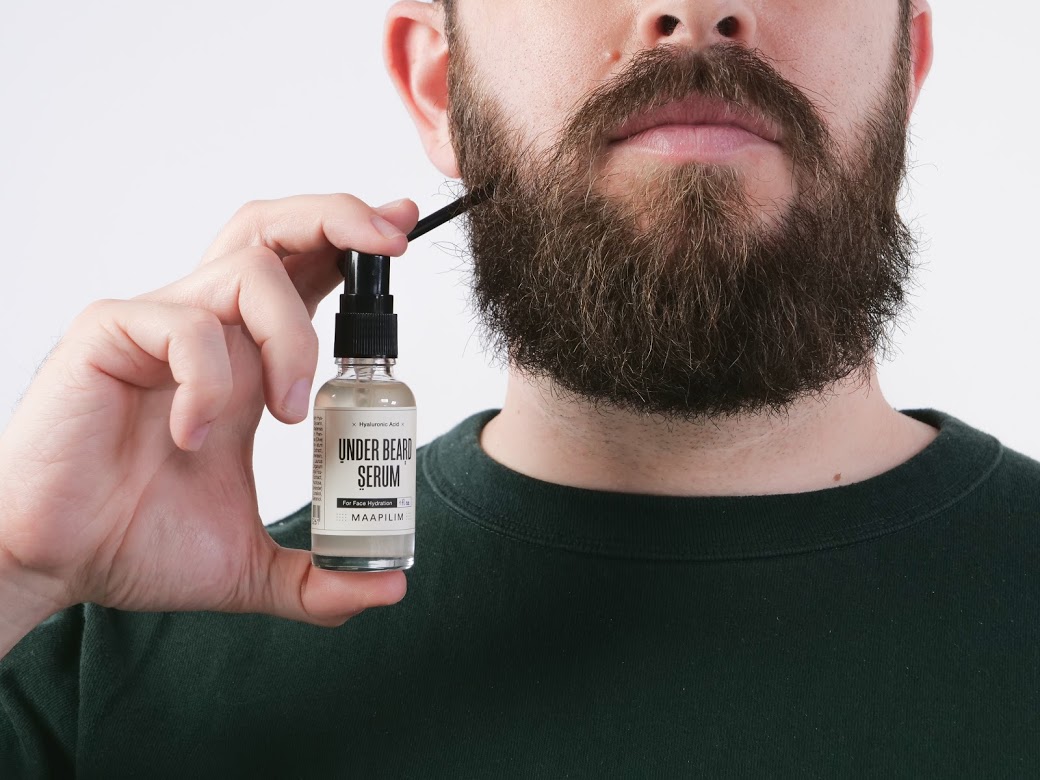 “Growing a beard is a personal extension of men’s style and who they are,” said Quallis. “The guys with healthy-looking beards take a lot of time to take care of it. Even during times like these because they care so much about it.”

While brands are experiencing an increase in sales for beard maintenance products, Fulton & Roark has seen a 121 percent increase in Shave Cream sales. “Our customers are spending lots of time on video conference calls, which means that not only are other people looking at your face, but you actually have to spend time staring at your own face, too,” cofounder Kevin Keller said. “In talking with some of our barber partners, it sounds like guys who used to get shaves at the shop are invested in trying to up their shaving games. I wouldn’t be surprised if a higher level of interest in getting the best possible shave persists after this is all over.”

But what impact will the coronavirus have on grooming when the lockdowns are over?

Quallis predicts that men will keep up with their grooming routines, but will be more price-conscious, opting for a less-expensive shampoo or get a haircut from a barber charging less money. “Grooming and the way we present ourselves and how we value outward appearance will continue to be important,” he said. “The art and process of grooming lends itself to the way we feel. We want to feel good. The importance of self-care hasn’t become less important. There are just different ways to do it.”

He also believes that the businesses that will survive this lockdown are going to think of ways to add value to customers lives unselfishly, citing as examples Scotch Porter’s Instagram Live workout, grooming and cooking shows, The Art of Shaving’s virtual barber shop on Instagram, and Fulton & Roark’s social media series which gives a gift card to someone helping people on the front lines.

Duchnowski mentioned the potential to expand into new categories. “We previously strayed away from using alcohol as an ingredient,” she said. “However customers are looking for options when it comes to hand sanitation. Men are focusing more on hygiene and self-care, less on luxury and feel-good products. This is a very different shift and making us think differently.”

Zdatny, however, believes the corona-beard phenomenon will not live on when the lockdowns are over. “I don’t expect our corona-beard bros to keep their facial hair,” she said. “We expect the workplace to change, but we don’t expect private equity and law firms to embrace facial hair as the new norm at such scale. In terms of what will happen, as we come out of lockdown, there will be a big decline in the beard trend. We’re going to see a trend with hygiene.”