The New Guard of Smooth Operators

By Molly Prior and Andrea Nagel on December 17, 2010
View Slideshow 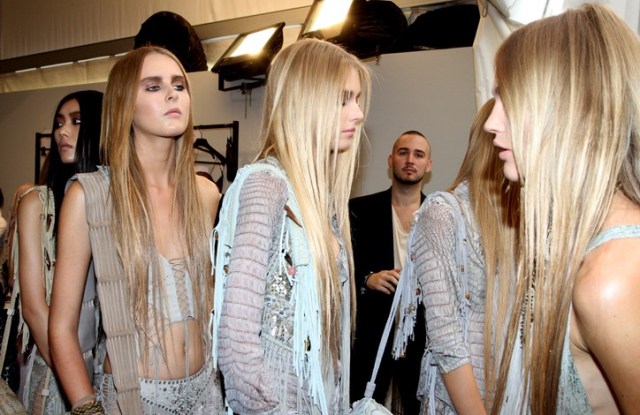 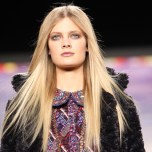 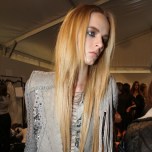 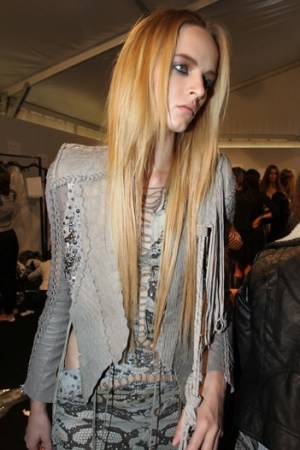 Last October, the “Today” show’s Hoda Kotb stopped by “The Joy Behar Show” to talk about her new book, “Hoda: How I Survived War Zones, Bad Hair, Cancer, and Kathie Lee,” and the two women dished about their hair. Behar told Kotb, “I used to use Agent Orange on [my hair]….Nothing straightened my hair until keratin. I love it. It has formaldehyde [in it], but who is counting?”

Kotb replied, “Who cares? When it comes to that, I’ll take a little.”

The impromptu exchange occurred several weeks after the Oregon Health & Science University’s Center for Research on Occupational and Environmental Toxicology released lab results that indicated the Brazilian Blowout, a popular salon hair-smoothing treatment, as well as nearly a dozen other brands, contained formaldehyde, classified as a probable carcinogen by the U.S. Environmental Protection Agency. Despite the ongoing scrutiny of its formula, Brazilian Blowout continues to market itself as formaldehyde-free.

Brazilian Blowout’s stumble has a host of companies scrambling to position themselves as the safe alternative. They include Gloss Moderne, Zerran International, Sam Brocato, Ouidad, Lysium Labs, and more are likely to join the fray. But, delivering results on par with Brazilian Blowout, whose treatment can last up to three months, without the use of harsh chemicals, is no easy feat.

Also, Behar’s and Kotb’s sentiments largely reflect how many salon clients — especially those with unruly hair — feel about the Oregon lab’s findings: They are willing to overlook them for the promise of a good hair day every day. “There’s still a yearning for Brazilian Blowout,” said John Barrett, whose luxurious salon banned the treatment last fall.

Clients may be unwilling to part with the service, but the backlash against Brazilian Blowout continues, with government agencies piling on consumer warnings and lawsuits (see related Brazilian Blowout story). The cloud of uncertainty is giving the companies below a running start, as they begin to market their products as a conscientious solution.

Gloss Moderne
The newly formed company aims to smooth consumers’ concerns by making its laboratory tests public. It also pledges to send each batch of the upcoming salon treatment, due out in January, for laboratory testing to reassure stylists and salon patrons that the formula is free of methylene glycol and formaldehyde — or any type of aldehyde — said Kuen Rameson, founder of Gloss Moderne.

Results from a sample analyzed on Nov. 9 by Intertek laboratories stated, “There is no quantifiable formaldehyde found in the sample at a level greater than 0.5 [parts per million].”

To review the test results, stylists can log on to glossmoderne.com and match their lot number to the corresponding test results. The goal is complete transparency, said Rameson. After all, stylists and their clients are still feeling raw following the media storm about the safety of hair-straightening services.

Gloss Moderne marks Rameson’s second foray into the salon world. Her first was as president of Brazilian Gloss, a hair-smoothing treatment imported from Brazil that began rolling out to salons in March. Rameson continues to serve as president, but emphasized that Brazilian Gloss and Gloss Moderne are two separate companies. Because Brazilian Gloss was imported from Brazil, Rameson said she began to notice inconsistencies in the quality of the product. “I wanted to open each bottle and have the formula look and feel the same,” she said about her reason for forming a separate company for Gloss Moderne.

Also, sensing the storm clouds hovering around Brazilian Blowout, Rameson saw an opportunity to form a separate business, not tied to Brazil, with a global reach and a longer future. Brazilian Gloss continues to operate as a separate entity, and Rameson said it has not been determined if it will continue to operate in the future. Both companies are based in Newport Beach, Calif., but Gloss Moderne manufacturers all of its products in the U.S. and is seeking approval from the EU, as well.

Gloss Moderne is a 90-minute salon treatment, and the cost will likely range between $250 and $400. After-care products are available and free of sulfates, sodium chloride and parabens. “We found that by going formaldehyde free, we could feel good about [promising results] of eight weeks or longer,” she said.

What sets Gloss Moderne apart is that women can wash their hair immediately following the treatment, or throw it back in a ponytail, which is a no-no with other smoothing services. It also uses low heat, or a flat iron set below 380 degrees, to seal hair with a proprietary keratin-based formula. Most treatments rely on 450 degree heat, which Rameson said can burn hair.

Reallisse Vegan Hair Smoothing System
Another relative newcomer in the segment is Zerran International, a Southern California-based vegan hair care manufacturer that entered the straightening arena in 2008 with Reform, a permanent hair straightener sold in Brazil and in several-hundred U.S. salons. Zerran, which was formed in 1986 and now generates about $1 million in wholesale sales, said the recent entanglement caused by questionable temporary straightening formulas in the U.S. led the company to jump-start its quest for a temporary vegan straightening solution.

On plan, Zerran is set to launch Reallisse Vegan Hair Smoothing System to salons here in 2011, a treatment that comes with some very strong claims. Steven Saute, Zerran’s owner, and Cindy Van Steelandt, Zerran’s director of marketing, said Reallisse, like Reform, does not contain formaldehyde, and does not use keratin or any other animal products in its formula. Instead, both use vegan proteins, with Reallisse using wheat, corn and oat in the formula’s catalyst. Heat from a flat iron breaks some of the hair’s curl bonds, while the proteins keep them open. Combined, the heat and proteins penetrate the hair to smooth and defrizz locks. Reallisse takes about 90 minutes from start to finish to apply, and users are instructed not to wash their hair for 24 hours after application; it is supposed to last from two to four months.

Zerran also does not mince words when marketing Reallisse, describing its formula as free of aldehydes, methylene glycol, formol, formalin “or any other substance that produces formaldehyde.” Apparently, Zerran has caught the interest of the industry. “We are in the final steps of gaining our international patent. We have been contacted by some of the big companies. They are interested,” said Saute, who added that the new hair straighteners “have taken us out of our shell.”

Curlinterrupted Smoothing System by Sam Brocato
Hairstylist Sam Brocato, who has been formulating products for the past two decades, said he is endlessly curious about ingredients and acknowledges the use of formaldehyde in hair care treatments gets his blood boiling. “I’ve been totally obsessed with it, almost to the point of distraction,” he said, adding that he even bought a kit to test for formaldehyde in various treatments.

Brocato has formulated his own alternative called Curlinterrupted Smoothing System, billed as a formaldehyde-free, gentle solution — so gentle, in fact, that stylists don’t even wear gloves when applying it. The demi-permanent version, Smoothing 2.0 (there is a semipermanent one as well), is said to last up to 12 weeks, but is more focused on knocking out frizz than curl. The two-hour treatment, which ranges from $125 to $400, relies, in part, on the Smoothing Gel, which contains ammonium bisulﬁte, to soften hair; it is said to eliminate anywhere from 60 to 90 percent of frizz. The semi-permenent version promises to elongate curls by up to 50 percent and lasts for two to three weeks. He plans to distribute the treatment to salons. At the Sam Brocato salon in New York’s SoHo neighborhood, all three after-care products — a shampoo, conditioner and serum — were included in the service price.

Ouidad Softening System
Curly hair expert Ouidad has devoted her business to protecting natural coils, but even she allows that women need help fighting frizz. Asked if hair-smoothing treatments run counter to her mission, she said, “It is only normal that a curly haired woman would want her hair softened or smoothed.” Ouidad has been offering a softening treatment, for roughly $250, at her salon for 25 years, designed to eliminate frizz and “loosen the curl pattern.” Her loyalists have the treatment — a mix of amino acids, sulphur and proteins — done three or four times a year.

When it comes to more heavy-duty smoothing treatments, Ouidad is skeptical that they don’t contain harsh ingredients. She said she can tell when a client has had a hair smoothing treatment, because “the pattern of the curl doesn’t bounce. [The effect] is almost like putting the hair in a book and flattening it. It breaks down the bonds that make the hair like a slinky.”

The treatment is set with a straightening iron set at 400 degrees, said Martin Grass, president of Lysium Labs, which makes Keralyze. Grass is the former chief executive officer and chairman of Rite Aid, who served time in jail for federal obstruction and fraud charges. Asked if his record has turned off potential distribution partners. Grass said, “My retail experience is more of a help than a hindrance.” Grass is bent on moving on, and pointed a finger at the duplicity in the salon world regarding ingredients by saying, “There’s been a lot of double talk in the industry over the last year.” Referring to Keralyze, he said, “We try to be as transparent as possible by listing [Material Safety Data Sheet] and lab results” on the company’s Web site.

According to lab results by Applied Consumer Services, an independent lab, on the two products, Quick Smooth and Salon Smooth contain 0.0002 percent and 0.0005 percent formaldehyde, respectively, which Lysium called, “an insignificant trace amount well below industry standards for product safety.” The Cosmetic Ingredient Review maintains that in order for a beauty product to be considered safe, it should contain 0.2 percent of free formaldehyde or less.

“You don’t need a gas mask to apply our product,” said Grass, who is positioning Keralyze as a lower-priced quality alternative for roughly $99 to $149.