Clear Scalp & Hair Therapy, a brand built during four decades abroad, is coming soon to mass retailers in the U.S. 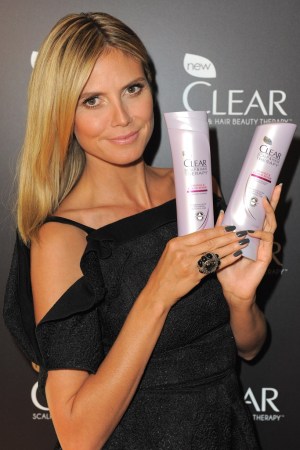 Unilever is introducing Clear Scalp & Hair Therapy, a brand it built during four decades abroad, to mass retailers in the U.S.

“We have a significant amount of support behind it, so it is poised to be the biggest [personal care launch of the year],” said Gina Boswell, Unilever’s executive vice president of personal care in North America.

Clear, which is available in more than 40 countries, was conceived as Unilever’s answer to Procter & Gamble Co.’s Head & Shoulders, and has become the company’s fastest-growing hair care brand globally.

In the U.S., its positioning has been tweaked a bit. Six men’s stockkeeping units focus on the antidandruff message, but 11 women’s units concentrate on scalp health providing the basis for beautiful hair and four Ultra Shea units aimed at African-Americans emphasize moisture. Prices are $4.99 to $6.99.

Boswell stated that 70 million Americans have scalp concerns and only half of them or less are doing anything about them. She said, “We believe this is going to shake up America’s $6 billion hair care category because its going to be the first new national brand to hit shelves in a few years, and because of the fact that it is doing that with a different message about feeding the scalp.”

Boswell said Klum brings a trustworthy stamp of approval. “She is very discerning. She has a very strong point of view.” Television spots starring Klum will begin airing next week, when the brand hits U.S. mass retailers, including Wal-Mart and Walgreens.

Before she agreed to be the face of Clear, Klum said she “asked them to send me the products so I could try them. I did that for about two weeks, and I really liked them.” The results were important because Klum stressed, “I can’t really afford to have bad skin…or bad hair that breaks everywhere or doesn’t shine or doesn’t look pretty because that’s part of my business. It has been for 18 years now.” To look her best in the commercial, Klum specifically requested that Rankin direct it.

Whether or not Klum will propel a profitable launch for Clear remains hazy, but Boswell is optimistic. “Our purpose is to get women to stop, pause and consider this new approach and what you are going to see with the ads and with Heidi is going to get women to do that,” she said. Asked about how long it might take for Clear to cross into the black given its sizable advertising outlay, Boswell continued, “We have our eye on the penetration this is going to create, and we know everything else follows beautifully.”