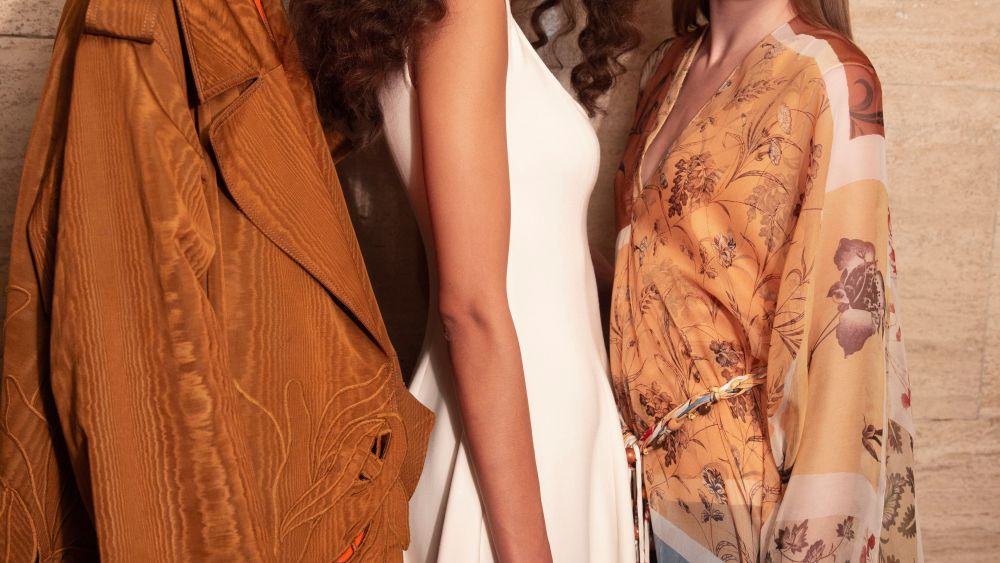 At a time when hair is the fastest-growing (albeit smallest) category in the prestige market, with sales up 21 percent in the second quarter according to The NPD Group, fashion is accepting the multitude of unique ways consumers want to sport their locks.

Some NYFW runway hairstyles are enduring — the slicked-back, wet look, for instance, tends to reemerge every year, and it did so this season at shows such as Tibi and Baja East. Despite its recurring presence, the purposefully wet look never quite translates as a style that consumers actually put into practice (at least on purpose). But two key themes — hair accessories and adornments and a continued embracement of natural hair textures — from the 2020 runways look promising in regard to where consumers attitudes towards hair as it relates to personal style are moving.

At Pyer Moss, hairstylist Jon Reyman worked with natural textures to create beaded braids and defined curls — there were also wigs and even one model in a head covering. “Depending on the model, based on face and hair type, we’re messing around,” said Reyman. At Oscar de la Renta, Orlando Pita created 44 looks for 44 models, based on “whatever is best for them,” he said. Pita again went the individual style route at Michael Kors. “She has her head wrapped because she’s Muslim, we have corn rows, we have guys with long hair…then girls with really short boyish haircuts,” said Pita.

Hair accessories and adornments — ribbons, hair combs, hair wraps, headbands and more — were another strong presence at the shows. At Jonathan Cohen, strips of fabric were woven through braids for a look inspired by Frida Kahlo and Mexican folklore. Guido Palau spray-painted drugstore hair combs himself for a “Sloane Ranger”-inspired style at Tory Burch, though he told reporters at the show that hair accessories aren’t having a moment and that they are always ‘in.’ Perhaps more in this year, if the countless headband-sporting influencers at the shows were any indication.