“I thought, Instead of grabbing four, five, six items, it would be so cool to just do it in one,” remembers Brown recently. 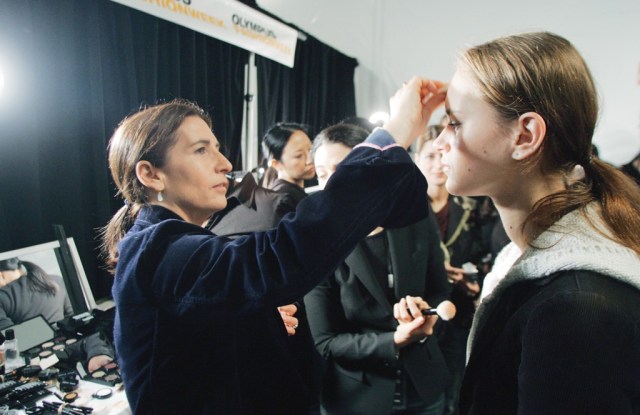 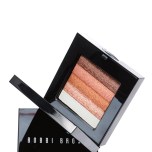 Bobbi Brown’s 2001 launch of the Shimmer Brick propelled the makeup-artist brand beyond the basics. As is the case with so many products in Brown’s line, Shimmer Brick was a result of Brown’s hands-on work as a young makeup artist, when she would apply a combination of shimmery and matte rose-colored eye shadows and blushes to achieve a highlighted effect. “I thought, Instead of grabbing four, five, six items, it would be so cool to just do it in one,” remembers Brown recently. “As a makeup artist, you end up using products in a variety of places that aren’t necessarily created for that area. That’s really how it came about and usually where innovation comes from.”

Made in Italy, Shimmer Brick’s unique baking process begins in a machine similar to that of a pasta maker. The formula, containing pigments and sheer light reflective pearls, appears in strips and is then cut, pressed, dried, put back together and baked in an oven. “The factory where they bake it, the women who were producing it were so incredibly excited,” says Brown. “They thought it was the most beautiful thing they had ever seen. At that point, I knew I had a winner.”

Bronze, the first shade conceived, was launched as a seasonal item and sold out instantly. Brown was constantly stopped on the street by fans begging her to bring it back, which the brand did later that year.
Today, the Shimmer Brick franchise consists of five items for the face, two seasonal shades and one for the body. An array of companies have created similar products, but Brown’s continues to shine. “As long as we have key colors that are beautiful and wearable and look good on the skin, it’s a home run,” says Brown. “We don’t usually follow trends, we create them.”