The mass marketer of environmentally-friendly cosmetic cases and brushes celebrated its launch Thursday afternoon at The Terrace at The Gramercy Park Hotel. 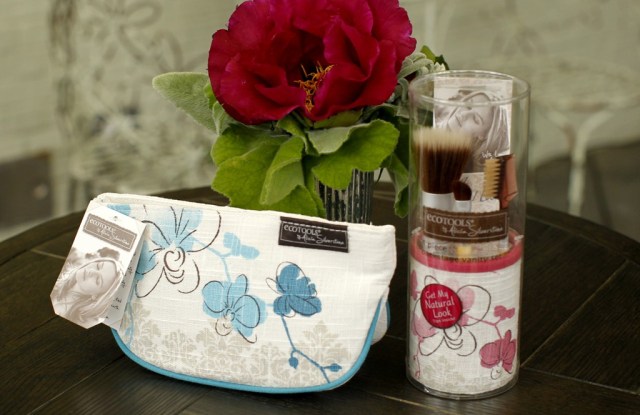 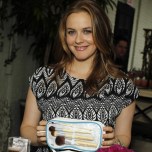 NEW YORK — EcoTools, the mass marketer of environmentally-friendly cosmetic cases and brushes, celebrated its spring launch Thursday afternoon at The Terrace at The Gramercy Park Hotel. Joining EcoTools was spokeswoman and collaborator Alicia Silverstone, the self-proclaimed environmentalist, vegan and author on both subjects.

Silverstone has been working with the nation’s largest maker of brushes for three years. Items, she said, use recycled aluminum, synthetic hair for brushes and nontoxic ink and hemp in its cosmetic bags.

To help educate the company on what has been inspiring her, Silverstone put together several mood boards, many of which feature images of gardens, vegetables and couples in love. These ideas come through in next year’s new lineup, which also borrowed from Silverstone’s garden, ripe with Cleveland sage and onions bursting with pom-pom flowers. These illustrations are scattered on various new items, including a deluxe pencil case, a cosmetic bag, a train case, a four-piece backstage vanity brush set and a brush set and bag. All items sell for $15.99 and under. Senior brand manager Stacey Ramstedt said since April, when EcoTools established a Facebook page, the brand has garnered more than 70,000 fans. She looks to build on this with sampling in 2012. “Now that we have online properties we can explore with consumers different types of loyalty programs.”

The brand is also launching a new platform in 2012 on ecotools.com, one that looks to communicate to consumers how to live a greener life. Silverstone says she stays loyal to EcoTools because she believes it helps deliver her green message. “This brand makes it just as easy for a woman to walk into Target and make a conscious environmental choice as it is for her to make one that isn’t.”