From a cross-cultural product phenomenon to a West Coast–bound New York staple, a look at what’s on our radar screen this month. 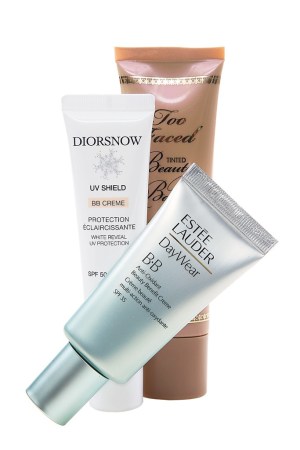 From a cross-cultural product phenomenon to a West Coast–bound New York staple, a look at what’s on our radar screen this month.

Misha Anderson, co-owner of Williamsburg-based salon-apothecary Woodley & Bunny, has always been ahead of the curve. In 2005 she and her sister Erin opened a unique beauty outpost stocked with hard-to-find indie brands and offering services by editorial hairstylists like Dennis Devoy. Now they’ve set their sights further afield. In March, the Andersons will open a 600-square-foot L.A. flagship. Sales are expected to reach between $4 million and $6 million in the first year. “Everything I sell reflects my point of view,” says Anderson, who scouts the globe in search of brands and also acts as U.S. distributor for many of those she finds. “My goal is to allow people to discover brands they wouldn’t normally have access to and to give independent beauty brands some play in the market.” Bestselling brands at Woodley & Bunny include Sachajuan, Sentara, Brad Skincare and Ellis Faas— names that are deliberately not immediately recognizable. “I want the Woodley & Bunny name to be synonymous with editing, discovery, sophistication and delivery of promise,” says Anderson, who also recently renovated the 3,800-square-foot Brooklyn shop. The approach seems to be working: The Andersons plan to open a third outpost in downtown Manhattan in late 2012.

While most of us prefer to repress memories of those awkward preteen years, former film executive Christy Prunier is more than happy to relive them for the good of her new teen-based beauty company, Willa Naturals. “What shows up on your face later in life is dictated by what you do to it when you are younger,” says Prunier, who admits her problematic skin was a source of stress throughout her life. “I wanted to make the journey [for girls] a little easier.” Willa Naturals was born when Prunier’s then 8-year-old daughter, Willa, complained that her bath products were too “babyish.” In development for three years and targeted towards girls who have “outgrown Barbie and are starting to look at what’s in mom’s cabinet,” the line offers face-saving items like a click-pen Acne Spot Treatment, tinted moisturizer with SPF 30 and a bacteria-removing cleanser. Prunier also made sure to include features like a backpack friendly flip top for a lip butter. “Girls can connect to this because it’s sophisticated, not full of chemicals,” says Willa Prunier, who is now 11. “My friends think it’s really cool.” Priced between $1.75 and $17.50, Willa launches at Target, Crewcuts and willaskincare.com in March.

The Korean beauty staple known as BB Cream may prove to be the next star product to cross over from East to West, as a host of companies launch versions stateside. Short for blemish balms or blemish bases, BB creams are designed to heal problematic skin and create a smooth canvas for makeup. They can be applied directly or blended into foundation. “BB creams aren’t marketed as either makeup or skin care; instead they’re about enhancing a woman’s natural beauty,” says NPD’s Karen Grant, who says the growing popularity here is an “evolution of the brightening craze.” For its part, Dior’s new Diorsnow UV Shield BB Creme White Reveal promises to brighten, protect and perfect, while Estée Lauder DayWear BB Anti-Oxidant Beauty Benefit Creme delivers barrier-boosting lipids and antioxidants. “We’re at the early cusp of a new direction, where [the consumer] is looking at other ways to treat the skin,” says Grant. “She’s looking at it more in totality rather than at one problem or another, and hoping to perhaps eliminate the need for concealer or foundation altogether.”