Here, beauty's 50 super products that were able to break through the market and create new categories of business that have helped the industry soar. 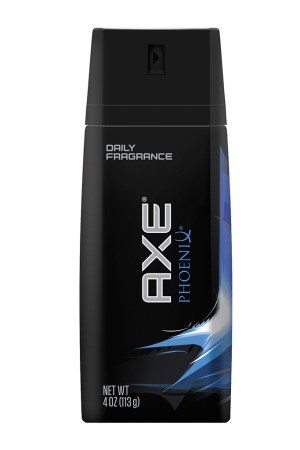  Once during an interview, Leslie Blodgett of Bare Escentuals was asked if it was true that mineral makeup was already being sold on the market before her bareMinerals powder foundation landed with a thud and changed everything.

She was quick to reply. “There was coffee before Starbucks,” Blodgett said. “We took something that wasn’t selling in stores and made it easy to understand. We gave people a reason for it.”

It is a moment worth remembering, as WWD Beauty Inc introduces our list of the 50 top Power Products that made a difference in the development of the global beauty industry. Blodgett’s quip serves as a reminder of the market-making power of perceptive product development and the magic of branding.

A product can come along and change the way women look at beauty, and in the process, actually increase consumption in a category. A hot product certainly has functionality. But what makes it a power player, one that can endure as long as Chanel No. 5, for instance, are values and personality. In short, a product’s unique DNA is what enables it to create a space and morph into a brand in its own right. As it grows in consumer appeal, a power product can generate enough cash flow to sustain itself for years, if not decades.

John Demsey, group president of the Estée Lauder Cos., who built MAC Cosmetics into a global powerhouse, points to products that became their own brand—Strivectin, Burt’s Bees and Crème de la Mer, which grew from a one-size single stockkeeping unit moisturizer into the fourth-largest skin-care business in the U.S.

“We are in a more entrepreneurial period right now,” Demsey says, attributing this new age of indie product creation and branding to the Internet and blogosphere, where “everybody has their 15 minutes of fame and everybody is an expert. You can connect with an audience if you have you have something that is superior or differentiated and makes a market,” an opportunity which “didn’t exist before,” he says.

Before, he continues, “If Macy’s or Bergdorf ’s wouldn’t take you, you weren’t in business. [Now] you can go direct to the consumer. We are no longer a permission-based market,” he says.

Vennette Ho, managing director at Financo and head of personal care, agrees the pace of building a business has accelerated from the old days, when the Chanels of the world could take years to establish themselves, to the current speed of today’s digital universe, and what she calls “the democratization of brand building because everybody has a chance to do it.” But once the initial pop has dissipated, brand builders have to find ways to keep their newly won viewers interested, and there’s an added trick that has to be accomplished. “It’s got to become a business before it’s a brand, other wise it can’t sustain [itself ],” she says.

Demsey observes that today’s market is actually “an ecosystem that is far more diversified and complex, and the white space may not be as big. There are lots of tiny white spaces” that are being filled by a new generation of indie brands. A high-level marketer from another company advises, “Stop watching what your competition is doing and start understanding what would be a breakthrough for your customer.”

“Breakthroughs” can be made on several levels—such as by taking what consumers view as common knowledge and giving it a twist, like selling Giorgio fragrance through scent strips in magazines, which jolted the market back in the Eighties. “You can innovate with the product itself or with the way you distribute it or the way you market it” the executive says. “It’s enough to do an innovative product that the customer cannot get anywhere else.”

But there’s no lack of opportunity. “People who know how to work with the money side of things do very well in this climate,” says brand creator and former indie brand retailer Robin Coe-Hutshing, referring to how the merger-and-acquisition scene has opened the field.

“There’s plenty of room out there if you do your initial strategy correctly,” says Coe-Hutshing, who is creative brand strategist for Beauty Underground. “Some people are doing extremely well,” she adds, citing start-up brands like Julep and Glossier for their ability to raise capital by carving out a path with a blend of social media and beauty, as well as direct-sell brands like Rodan + Fields, Beautycounter, Arbonne and Melaleuca. “The doorbell chime has been replaced by the mail alert,” she says.

But Coe-Hutshing also dishes up caveats: There are fewer stores to cater to start-ups; retail consolidation has produced more powerful retailers, like Sephora, which struggling young brands have difficulty supplying and supporting, and legal and regulatory requirements can be confusing. But on the plus side, crowdsourcing and social marketing have offered foundations for digital-first businesses to hone concepts, spread messages and achieve financial progress ahead of the curve.

Then there’s the consumer, who also has changed moods. Wendy Liebmann, founder of WSL Strategic Retail, has noticed some ambivalence creeping into the aisles, perhaps as a hangover from the great recession. Women still have their favorite brands, Liebmann says, “but in most categories, two or three [other] brands are equally good enough.” And she may buy one of them if there’s price promotion or a gift involved. Due to the industry’s proclivity to hop onto the next best thing, there is a lot of choice out there, especially with the flood of indie brands. “It becomes confusing, Liebmann says. “People either stick with what they have or they buy what’s on promotion.”

Looking at this added layer of complexity, Liebmann observes, “The innovative things can often get lost in the swell and noise, unless you’ve got tons and tons of money to tell your story.” Or, as these products attest to, one hell of a story to tell.