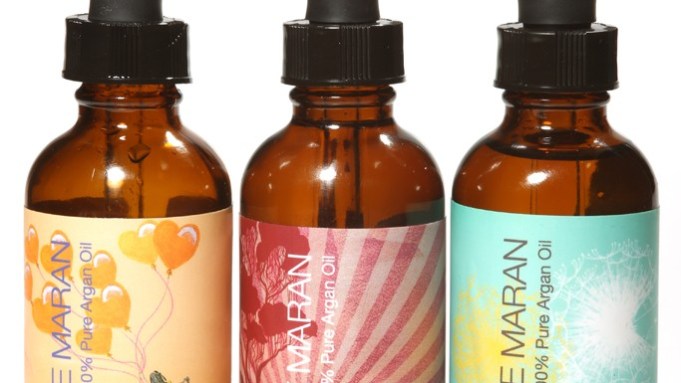 In honor of Earth Day, a slew of beauty companies are focusing on giving back to the environment through a host of philanthropic programs and initiatives. Below are what a number of brands have planned:

Beauty entrepreneur Josie Maran partnered with fellow models Petra Nemcova and Angela Lindvall on packaging for three limited edition bottles of the brand’s 100% Pure Argan Oil, available now. Each model has chosen a charity to receive 10 percent of the purchase price of every bottle sold.

Maran chose her hero product, Pure Argan Oil, for this initiative because it contains a single organic ingredient and is free of parabens and preservatives. Maran said the harvesting of argan directly benefits communities in Morocco.

“We work with Fair Trade women’s cooperatives in Morocco to produce [argan oil],” said Maran. “The co-ops are dedicated to responsible harvesting practices and reforestation projects, which help preserve the argan nut forests and women’s jobs. These programs provide rural Moroccan women with the sense of empowerment that comes from steady income, a fair wage, good working conditions, as well as literacy and other education classes.”

Maran’s charity of choice is Women for Women International, which has helped more than 299,000 female war survivors become more self-sufficient through education, job training, small business development and direct aid. Since 1993, the organization has distributed $95 million in direct aid, loans and other services to women in need.

The proceeds from Lindvall’s bottle will benefit the Healthy Child Healthy World Initiative, which provides parents with the necessary information to protect children from harmful chemicals. The organization strives to expand knowledge about toxic risks to children’s health by teaching about responsible lifestyle choices and supporting legislation that protects children.

“As an environmentalist, health advocate and a mother, it’s especially important for me to be proactive about creating awareness and encouraging all of us to do our part to promote a healthier world,” said Lindvall. “A product like Josie’s Argan Oil, which is 100 percent organic and 100 percent pure…is a great example of how we can make greener choices in every area of our lives, even in our beauty routines.”

Lindvall’s design, a simple yellow dandelion, is meant to mirror her motivation. “We are taught at an early age to wish on dandelions,” she said. “I chose this hopeful symbol because it’s a reflection of my wish for the future that children everywhere can experience a world free from toxins and harmful chemicals.”

Nemcova chose her own organization, the Happy Hearts Fund, as benefactor of her bottle’s sales. The fund is dedicated to restoring life and hope to children victimized by natural disasters. Nemcova, a survivor herself of the 2004 Indian Ocean tsunami, and her team accomplish this feat by rebuilding schools. To that end, her design features a child holding balloons and floating in the air. “This child is going to [a] new beautiful school full of opportunities,” said Nemcova.

Beginning this month through June, each bottle will be priced at $48 at Sephora and Sephora.com.

Bond No. 9 has introduced a new fragrance aptly named I Love Earth Day. Bond founder Laurice Rahme set out to create a “fresh green tuberose” scent that would complement the I Love New York collection. An undisclosed amount of the proceeds from the sale of the bottles will go toward New York State’s Empire State Development to promote business investment and growth to encourage job creation and prosperity across the state.

“We are still a small company, so to us it’s more about awareness,” she said. “We have a global appeal to young customers and the young population is very earth sensitive. This is the beginning of the future and a greater consciousness of the consumer.”

In 2007, Rahme began incorporating recycling into Bond No. 9’s philosophy. During the Bond No. 9 recycling event, which will run April 22 to May 4, customers can recycle empty perfume bottles at the Bond No. 9 boutique and select Saks Fifth Avenue and Nordstrom locations. As a reward for recycling the bottles, customers receive a free, refillable purse spray with a purchase. “We are pretty polluting [to the Earth] and I believe we need to take the lead and at least make an effort to minimize the damage we are doing,” said Rahme. “That is why we try to recycle glass, the boxes and the packaging” she said.

Kiehl’s will continue its four-year-old Label Art Series initiative, which — including this year’s $100,000 donation — will have raised $500,000 dollars for environmental causes. Proceeds will benefit Recycle Across America, an organization devoted to recycling education and stimulating the environmental economy. It will also provide 150,000 recycling labels to schools across the country. The program is part of Kiehl’s philanthropic umbrella organization, Kiehl’s Gives, which consists of three pillar causes that benefit HIV/AIDS research, the environment and children’s charities. Since 2009, the environmental segment has raised $2 million internationally for various charities. This month, the brand is offering four limited edition versions of its Rare Earth Deep Pore Cleansing Masque. This year’s celebrity partners, each of whom created a design for the product’s packaging, are Florence Welch, Rosario Dawson, Spike Lee and Mark Ruffalo. In keeping with the Earth Day theme, masks are made with fairly traded Amazonian White Clay from Brazil’s Amazon River. All proceeds from the $23 facial treatments, which can be purchased at Kiehl’s stores and kiehls.com, will be donated to Recycle Across America.

Natural-focused brand Aveda is offering its annual Light the Way soy wax candle. Available since March 21, the limited edition candle is scented with 100 percent certified organic lavender, lavandin and clary sage and retails for $12. The candle’s outer packaging showcases artwork from children in Tilwari, India, a community that benefits from the Global Greengrants Fund. It can be purchased at Aveda salons, spas, stores and aveda.com. All proceeds from the candle’s sales will help provide small grants to grassroots and community-based water projects worldwide. Since 2007, Aveda has raised more than $4.6 million for clean water projects worldwide through its Earth Month partner, the Global Greengrants Fund.

Yves Rocher is taking a more hands-on approach for its Earth Day initiative. In March, the brand launched its Jardins du Monde shower gel in the scent Vetiver from Haiti, which retails for $3.95. For any shower gel sold throughout the year, Yves Rocher promises to plant a tree. In addition, to help reach its goal of 50 million trees by 2014, Yves Rocher will plant a tree for any product sold on April 21 and 22. Since it began in 2007, the Yves Rocher Foundation has planted 18 million trees as part of the Plant for Planet operation. Scented with Haitian vetiver, the body gel is available at yvesrocherusa.com.

The hair care brand Phyto also is pledging to plant trees through its partnership with the Nature Conservancy. The brand is launching a limited edition Phytopolleine Universal Scalp Elixir, which will retail for $32. For every elixir sold, Phyto will donate $2 toward the planting and restoring of two trees in the Atlantic Forest. The elixir is available nationwide in salons that sell Phyto products.