Bono Drops In on Nude Dinner

By Julie Naughton and Pete Born on May 7, 2010
View Slideshow 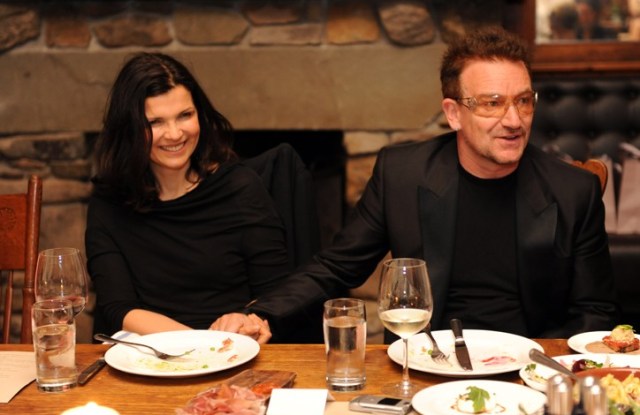 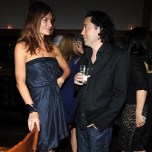 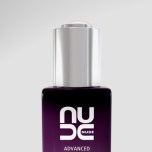 For a brand called Nude, an intimate dinner isn’t a surprise — although the main course was.

“I’d like you to meet Mr. Ali Hewson,” Bryan Meehan, who cofounded Nude with Ali Hewson in 2007, told the room during a Wednesday dinner at downtown Manhattan restaurant Locanda Verde.

Paul David Hewson — known far and wide as Bono — gave the room a big smile and a wave while holding tight to his wife’s hand.

“I do what the missus tells me,” said Bono with a roguish grin of his appearance, after slipping into the room as appetizers were being served. The dinner was to introduce Nude’s new serum, which will bow in September.

“I’m just happy to be out with a lot of gorgeous women,” noted Bono, who had taken a break from a recording session. Reminiscing for a moment, he noted how he had started early in life with three other guys in a band. Then frequent trips to the recording studio brought in more men, and on tour, it was still more guys. He likened the recording process to “being on an oil rig in the cold North Sea. What was missing?” he asked rhetorically. “Why are we sounding so miserable? There was no feminine power in the room.” He added that this power is “a transformative force” that gets you up in the morning.

Although Bono said his wife is careful not to drag him into the minutiae of the business or even discuss new products with him — “she makes sure I don’t get involved” — he noted: “I’m interested in seeing a little business thrive. I was in a baby band.”

Bono also showed his Renaissance man stripes in noting he is interested in the confluence of artistic disciplines into one force — fashion with music and art. He quoted a book called “Consilience” as one of his favorites. He also reflected about the importance of intellectual curiosity.

After mentioning that he and U2 will begin a multicontinent tour on June 3, Bono likened brands to bands, noting that both require a strong commitment to excellence and constant brand building. Of Nude, he added that it “doesn’t have the firepower of big marketing and doesn’t have the big guns blazing. It’s a smallish brand. But [Meehan] is a crack shot. It is an excellent brand that has integrity and, most of all, works.” Hewson and Bono, together with LVMH Moët Hennessy Louis Vuitton, also own an eco-friendly ready-to-wear line, Edun.

Referring to the upcoming tour, Bono said the band would play new music. Asked if he was not worried about the tunes being ripped off, he retorted with a laugh, “Our entire catalogue is bootlegged every day. For a live performance, you’re welcome.”

Bono, who routinely confers with presidents and ministers while pursuing his philanthropic causes, effortlessly moved around the dinner table, chatting with various editors at length. The conversation took an emotional turn when Bono, who was wearing his usual Dolce & Gabbana classic scent, explained why he had to go back to the recording studio. Gerry Ryan, a legendary Irish radio talk show host and disc jockey, whom Bono described as “the nation’s psychologist,” had died at age 53 of a heart attack. The band was supposed to play at the funeral Thursday, but the Icelandic ash cloud had made air travel too risky. So the group was busy recording its old favorite, “With or Without You,” to be played at his service. Bono went on at length in describing Ryan’s loss to the average Irishman, some of whom spent three hours a day listening to him. In noting that Ryan could be as lewd as Howard Stern and as insightful as Charlie Rose, Bono said his final rites would be as monumental as a state funeral. The rock star then politely excused himself.

While the Nude brand is natural and organic, Hewson and Meehan play down that aspect, pointing out that they want to be known as effective, not “effective for a natural line,” said Hewson. “We want to be comparable to top-of-the-line products which contain synthetics — but achieve the results without parabens, phthalates and such.”

The serum will retail for $92 for 1.1 oz. In the U.S., Nude is distributed in Barneys New York, Sephora, Whole Foods and Space NK. Globally, it is available in about 300 doors, said Meehan, including John Lewis in the U.K. and Mecca Cosmetica in Australia.