“There’s no regulation,” said co-chief executive officer and cofounder Angela Kapp, alongside business partner Nate Lipton. “No one is double checking any of the products that are out there.”

Angela Kapp with a focus group in Pasadena, Calif.

“It’s the wild, wild west,” said Angela Kapp of the booming CBD industry sweeping across beauty and wellness. “Like we say in our brand book, there was a University of Pennsylvania study — 70 percent of CBD sold online is not what it claims to be.”

Kapp, a veteran in digital retail and former head of e-commerce at the Estée Lauder Cos. Inc., “saw white space,” she said, when business partner, co-chief executive officer and cofounder Nate Lipton first approached her.

“There’s no regulation,” said Kapp during an afternoon in Los Angeles alongside Lipton, a young entrepreneur who has garnered millions of views on “Canna Cribs.” It’s a series he created and hosts on Growers Network, a YouTube channel where he showcases cannabis farms around the country. Growers Network is also a stand-alone site he started, a “forum for cannabis nerds,” as he tells it, and an extension of Growers House, a leading hydroponics supplies business he began in 2012 that sells equipment used to grow and cultivate cannabis. “No one is double checking any of the products that are out there.”

Until now, that is.

In May of this year, the two developed TruPotency, an e-commerce start-up specializing in hemp-derived cannabinoid products that are lab tested and analyzed before they’re sold. Cannabinoids are the more than 100 compounds found in cannabis, which include both cannabidiol, better known as CBD, and tetrahydrocannabinol, THC. Unlike THC, CBD is not psychoactive.

“A lot of people are like, ‘Why did CBD blow up?’ And it’s because the hemp bill got signed in,” shared Lipton. President Trump signed Congress’ Farm Bill in December 2018. “It made it federally legal for people to grow hemp under 0.3 percent THC. If you think about it, cannabis and hemp, it’s the same plant. Imagine growing a rose. Some have red petals, some have white petals. It’s still a rose. You just grow it in a certain way that brings out different characteristics.”

TruPotency was born after he “picked up the phone, called Angela and said, ‘Hey, you should hear this story that I’m going to tell you and then you should help me start this company,’” he continued.

By law, he said, depending on the state, cannabis farms must have their products tested after harvesting: “The lab sends results back showing THC percentage, CBD percentage. They make sure there’s no pesticides or molds. But when you’re growing hemp, it’s not mandatory that they test for those things. And at the same time — this is a relationship that not a lot of people know — these labs, they have these long-standing relationships with these farms, and the farms pay the labs to get the results. There’s an incentive for the labs to give a good result for the farms.”

Those results are listed in Certificates of Analysis.

“It’s like the report card on the product that you get from the lab,” he continued. “A lot of these companies were putting out COAs that looked great but then when you send them to a lab that has no affiliation with the farm, the COA looks totally different. So, I was like, ‘OK, you can’t trust any product out there, even if they give you their report card.’” 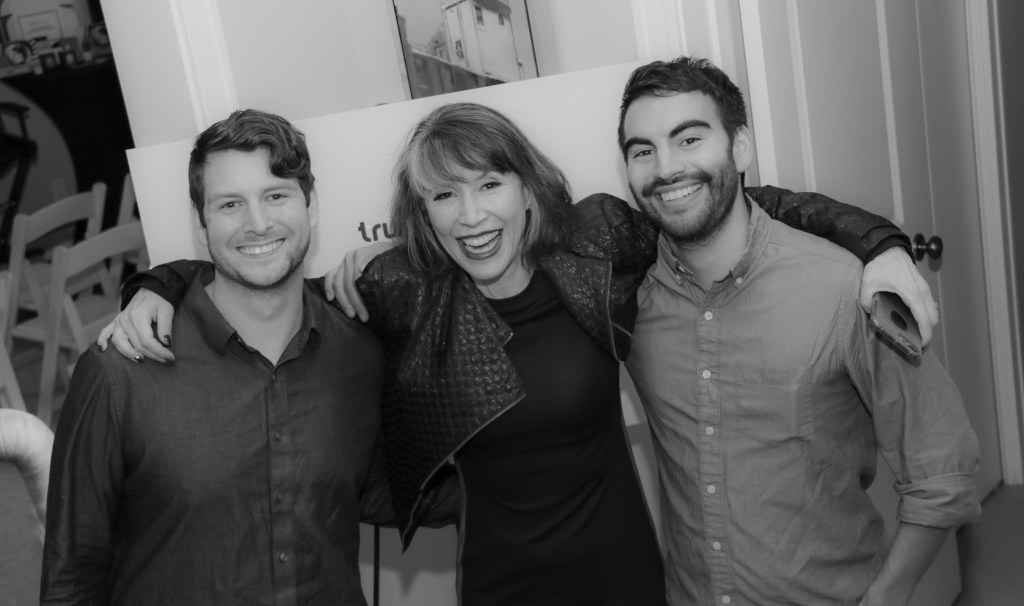 “We have to raise the bar and educate consumers,” added Kapp.

It’s the mission of the brand, they shared. Based in Tucson, Ariz., they work closely with a neuroscientist, Austin Flohrschutz, director of science at the company.

“We use very high-quality labs,” Flohrschutz said. “We test for multiple things.”

Those labs include SC Labs and Boulder Botanical & Bioscience Labs, where products are sent in unmarked containers, he said.

“The lab has no idea what brand it’s from, what product they’re testing,” Lipton said.

“We only use ISO-certified labs,” added Kapp of the International Organization for Standardization, an independent, non-governmental association that promotes “international coordination and unification of industrial standards.” “And we never take the money from the brands. We do it on our own. That’s our investment.”

“I will say this, we spent north of $20,000 testing products before we took a dollar in of revenue,” Lipton said.

At this point, they’ve come across 700 products. They’ve tested 300. (“You still have to create elegant products,” Kapp said. “Four hundred didn’t make the cut.”) And they carry about 65.

Those that meet the requirements include body oils in lavender or mandarin and turmeric for $40 by RE Botanicals; bath bombs in pink salt and citrus or lemongrass and kiwi for $12 by CBD for Life, and various skin creams, from those aimed at helping with sleep to options for menstrual cramp relief, for $65 by Dr. Kerklaan. The company site, Trupotency.com, offers consumers other items like hemp oil capsules and transdermal patches and the ability to search for products through categories that include stress, focus, upset stomach and soreness.

Working with a team of advisers, professors, doctors and scientists with expertise in cannabis or cannabinoids, while using contemporary scientific literature, published studies and clinical trials, as well as high-performance liquid chromatography — a technique used by labs to isolate, identify and quantify components — TruPotency works to determine and share the doses and therapeutic benefits of all their products, which are listed on their site.

Anti-inflammatory, anti-stress and anti-nausea have the most scientific evidence, Flohrschutz shared.

“Sephora or Ulta [Beauty], they’re never going to test these products,” Lipton continued. “They’re going to get a COA from a company and say, ‘Oh that’s great. This has been lab tested. Let’s sign them up.’ And the fact that we’ve taken so many products that have COAs and 70 to 80 percent of them are not reflected in the laboratory testing that we do, that makes us really scared for every other retailer.”

The team holds gatherings to spread the message and promote the brand. That night, they hosted a focus group of CBD users, men and women in their 20s to 80s, in a residence in Pasadena, Calif.

“It’s a way to say, ‘Buyers beware, and here’s what to watch out for,’” Lipton said. “There’s a big problem in the industry.”