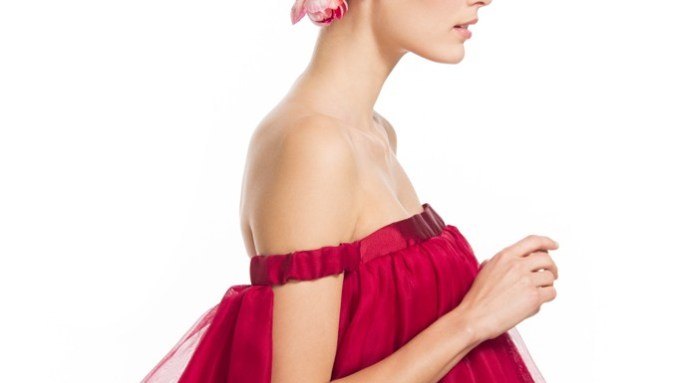 In an attempt to show Chantecaille in a fresh, modern way, the company has enlisted fashion photographer Jamie Beck of Ann Street Studio to create a rose-themed campaign for its new Rose de Mai Face Oil.

“We wanted to create something that could be used on our social media channel. Not just for our Instagram, but for our Web site and our retailers,” said Sylvie Chantecaille, founder and president of Chantecaille, who added that Neiman Marcus is picking up the graphics to display in-store, in its Beauty Cue newsletter and on its Web site.

The final result consists of an array of whimsical elements to tell the story of the new oil, including stills, videos and cinemagraphs featuring a young model in a hot pink dress with roses adorning her hair.

“It is meant to work [on all types of skin],” noted Chantecaille. “We have a large business in Asia, so it was very important that it would work for Asian skin, too.”

Obviously it does. “We’re growing 45 percent in Hong Kong and [we’re growing in our other markets like London and New York],” added Chantecaille. “[But] we need to get our brand to a wider audience.”

And she has already begun to expand. Chantecaille recently opened at Bloomingdale’s in Dubai.

To promote the new product, Richard Pierce shot an image of the oil, which will appear in print magazines globally.

Although Chantecaille wouldn’t talk financials, industry sources estimate that the face oil could do $550,000 at retail in its first year on shelves.