The company's Luna facial cleansing devices are rolling out to 1,500 doors across the country within the next three months. 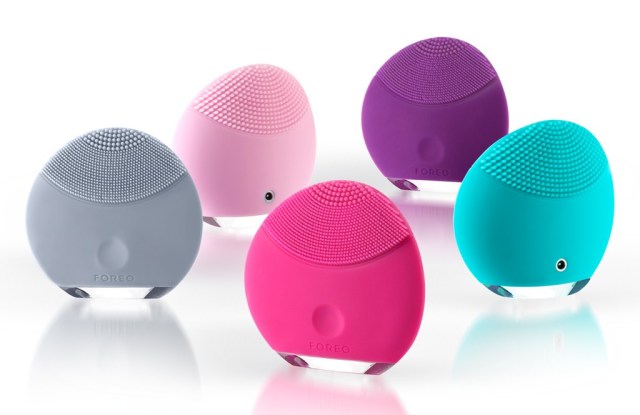 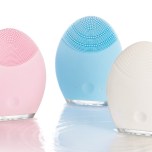 Foreo is taking on Clarisonic face-to-face in the U.S. market.

The Swedish beauty company, which is setting up an American headquarters and distribution, warehousing and manufacturing facilities in Las Vegas, is rolling out its Luna facial cleansing devices to 1,500 doors across the country within the next three months, including at Sephora, Ulta, Neiman Marcus and Barneys New York. The aggressive expansion follows Foreo’s spread to some 2,000 doors throughout Europe, Asia and the Middle East after its launch last year at Harvey Nichols and Selfridges.

If that retail territory grab hasn’t put Clarisonic on notice, Foreo’s expected haul might. Industry sources estimated that Luna devices could generate $10 million to $20 million in first-year U.S. sales. Foreo chief executive officer Paul Peros said, “With our exceptional growth, we hope to become the best-selling brand in the category by the end of 2015.”

Sephora’s chief merchant, Margarita Arriagada, sounded confident about its performance at the beauty retailer. “Our clients understand the importance of proper cleansing for beautiful and healthy skin. Effective beauty tools are in demand at Sephora,” she said, adding, “The brand is incredibly innovative, introducing a new sonic cleansing device with smart client benefits like extended battery power, portability and silicone touch-points for deep and gentle antimicrobial cleansing.”

Unlike Clarisonic’s signature cleansing device and a slew of competitors that have hit retail shelves, the Luna doesn’t have a brush. Shaped a bit like the moon — hence, the name Luna — it’s made out of medical-grade silicon formed, at the apex, into stubbly knobs that pulsate 8,000 times per minute.

“That gives the Luna the ability to deep cleanse, but it is gentle enough to use twice a day. We have found in the market that, with some devices, people can’t use them that much because they get skin irritation. They may use them once a week or not at all,” said Teun Hanegraaf, global brand manager at Foreo. He suggested Luna customers cleanse with the device one minute in the morning and one minute at night.

Foreo sells four models of the Luna device. Responsible for 60 percent of global sales, the main $199 Luna product has eight speeds and an antiaging mode and is available in different varieties for ultrasensitive, normal and combination skin types. The three other options are the smaller $139 Luna Mini, which works for all skin types; the $199 Luna for Men, tailored to oilier male skin; and the $6,500 to $8,800 Luna Luxe, which features a 20-karat gold base for women and a solid platinum base for men.

In line with Clarisonic’s price range of $99 to $249, Hanegraaf argued the Luna is a better investment. “We are able to give people a 10-year guarantee on the product, and not replacing brushes saves you $1,000 on brushes over 10 years,” he said. “It is completely waterproof. You can tailor-make the intensity to what your skin needs at the moment. The hygienic aspect of it [Foreo touts its silicon has 35 times more hygienic properties than nylon bristles] is one of the major points that dermatologists call out. You charge it once for one hour and use it for nine months.”

Next year, Foreo will add the Issa, an electronic toothbrush made completely from silicon, to its product repertoire in the U.S. If the colorful, angled Issa looks a tad wacky, that’s because it is — and Foreo is just fine with being unconventional. Hanegraaf said, “We are not the typical beauty company, I would say. We are a little bit techy and a little bit nerdy. There are a lot of engineers and people [employed by the company who are] not necessarily from beauty backgrounds. There are people that have lived in a bunch of countries and even lived [on] different continents and really share a passion for innovation and getting things done in a slightly different way.”