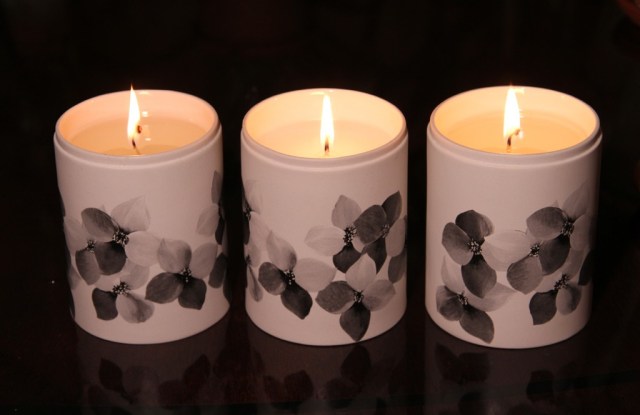 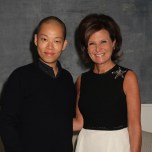 Jason Wu does not think like a typical designer when it comes to beauty.

Traditionally, people talk about the scent of a woman as she enters a room; Wu thinks about the ambience the fragrance creates in the room.

“Something that really sets a tone,” he said Wednesday evening before unveiling his first luxury scented candle, done with home fragrance house Nest Candles. “A lit candle, to me, sets a mood immediately,” he added.

Laura Slatkin, founder and chief executive officer of Nest, said the candle, priced at $48, will be on counter in April within a tight 300-door distribution of primarily fashion specialty stores, such as Neiman Marcus and Bergdorf Goodman. And it’s the first of a series, she said. While no one broke out figures, industry sources speculated the power of this candle could translate into a retail sales target of upward of $400,000 for the first year.

The deal with Nest seemed foreordained years ago, when a friend gave Wu a bamboo-scented candle from Nest. He kept buying more candles.

“I became a huge fan,” he said. “It was my scent.” Slatkin eventually sent him some candles and met him. “What impressed me is that he really cared about home fragrance,” she said. “He was really interested. It wasn’t, ‘Oh, let’s do a candle.’ ”

During the development process, Wu found the design of the candle’s “vessel,” or container, on his BlackBerry. He thought of an orchid print he ended up using for a dress in his spring 2012 collection, and he had a photo of a swatch on the phone. The scent was trickier because the thought process was at a roadblock. Wu wanted a pear scent mixed with floralcy, but all the florals overpowered the pear, “so it became very heady and traditional,” Slatkin said. One of the most famous perfumers in the world, Christophe Laudamiel, entered with the answer to the olfactive riddle, and even gave the candle its name, Orchid Rain. (“He has a great knack for naming scents,” Slatkin said.) The perfumer knew of a rare orchid that emits a pleasant scent. He also introduced a leather note. “Leather adds edge,” Wu observed. “Leather and orchid describe the scent perfectly. It’s youthful, it’s intense and also classically done.”

The white Cattleya orchid was blended with nashi pear, pomegranate and goji berry. Blond birchwood and hints of pink pepper and coconut were added for enhancement.

“This is such an unconventional way for a designer to enter the beauty market,” Wu remarked. “In this day and age, fashion is redefining itself all the time. We’re perhaps doing something that may pave the way for other things.…When people think of beauty [they say], ‘Let’s do perfume.’ Maybe a few years from now it may be, ‘Well, we need to do home fragrance, immediately.’”