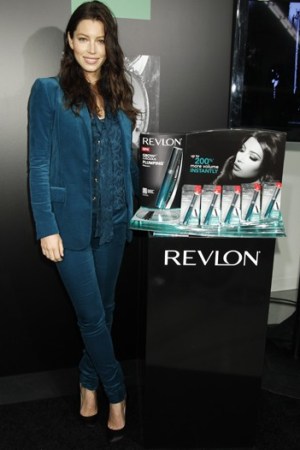 In the video, Biel applies Grow Luscious Plumping Mascara to her lashes while at her vanity and, with each flutter, Williams appears to be struck back with love and desire as he walks down a long hallway, presumably toward a door that will lead him to Biel.

The commercial is making its debut on Times Square’s Sony Jumbotron throughout the day. The commercial will begin airing in U.S. movie theaters on June 13. The new plumping mascara, which hits drug and mass stores June 1 and will sell for $7.99, uses a thicking formula to plump lashes almost 200 percent, the company said.