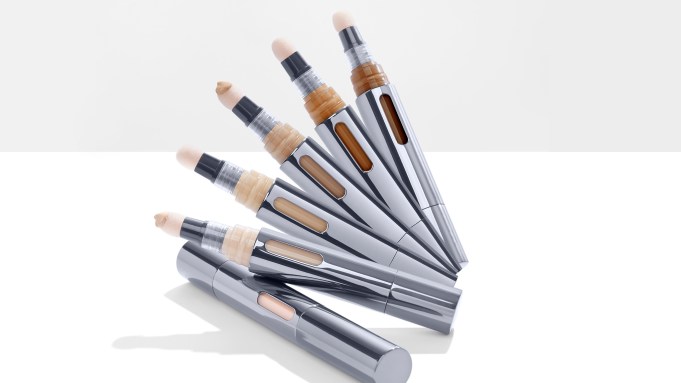 “I don’t care whether it’s skin care or color.”

This is Julep founder and chief executive officer Jane Park’s stance on a beauty landscape that, traditionally, remains siloed at best, with brands either driven by skin care or color. But rarely both.

“Those are artificial constructs that will come down and we’re at the forefront of that…I’m really frustrated that the world is organized that way. That’s not how any woman deals with her life,” Park said. “She’s just trying to get out the door in the morning and take care of herself. The lines between all of these things are blending. That’s why we have skin care infused into the Cushion Complexion.”

She’s referring to Julep’s five-in-one multipurpose skin corrector with turmeric that had a soft launch in May and a rollout to full distribution in August at Ulta, QVC, Amazon and Nordstrom. The $30 wand comes in 18 shades and has a cushion-tip applicator that gives buildable medium to full coverage. The demi-matte finish, according to Park, conceals, corrects, blurs imperfections, illuminates and brightens skin.

Already, Cushion Complexion comprises close to 25 percent of the brand’s overall business, and in six months has become the brand’s single best-selling product. Park declined to comment on financials, but based on Julep’s reportedly $40 million business, Cushion Complexion could do $10 million in retail sales this year, which is pretty significant given the product will only have been on sale for half of 2017.

Park revealed that three new skin care products will bow early next year. The hero is a pressed serum stick that will be available in daytime and evening versions (the latter formulated with exfoliating alpha beta hydroxy acids). A So Awake eye cream made with caffeine and a Triple Quench, three-step bio-cellulose mask, round out the group.

She noted that the team is already looking to expand the formula to include a version of Cushion Complexion with a pearl or luminescent finish — a result of customer feedback.

It’s these same customers, Park pointed out, that helped spread the word early about this product via the brand’s ambassador program that kicked off in January with a South Korean skin-care cash wrap. The initiative was designed to support Julep’s new launches at Ulta, where almost 500 doors now carry the brand (double that of 2016). By March of next year, an additional 100 stores will begin to stock the brand, Park said, largely a result of the retailer’s success with Cushion Complexion. As part of the program, Julep gives loyal customers early access to launches, who in turn spread the word to their networks and drive foot into the nearest Ulta stores. In six months, the number of ambassadors has jumped from 100 to 200.

To amplify August’s Cushion Complexion message (the second brand ambassador initiative), a corresponding “Throw Anything at Me” campaign launched earlier this month, which encourages women to take a “throw anything at me” attitude when it comes to addressing everyday obstacles, whether it’s challenging unrealistic body image and beauty standards or dealing with “men violating your physical space.”

“It’s hyperrelevant. We didn’t design this campaign around what this year would be like, [but] our whole company has been waiting for this moment, which has been about recognizing all of the ways in which women just kick a– at knocking down challenges,” Park said. “It was the best product to encapsulate the brand story. We are saying, ‘We see you. Here are 18 shades constructed with input of thousands of women,’ from the way we consecrated the undertones to…a focus on darker shades to make sure we were being inclusive.”

Park pointed out that ambassadors were so successful in generating buzz around the holiday collection with illustrator Gretchen Röehrs that the line had over 70 percent sell through in Ulta by the second week of November.

“We just want to help women conquer their challenges better, faster and more effectively,” Park said, adding that this sentiment will for first time extend to women outside of the U.S.

In January, Julep will see a global rollout that starts with the U.K. The range will be exclusive to QVC in the U.K. for six months before entering into a partnership with a leading bricks-and-mortar retailer that Park was unable to name.