Lumene Reinvents Brand in Effort to Reach the Premier Mass

With a new look and new products, including an antiaging range called Complete Rewind, the Finnish skin care brand has plans to reinvent itself. 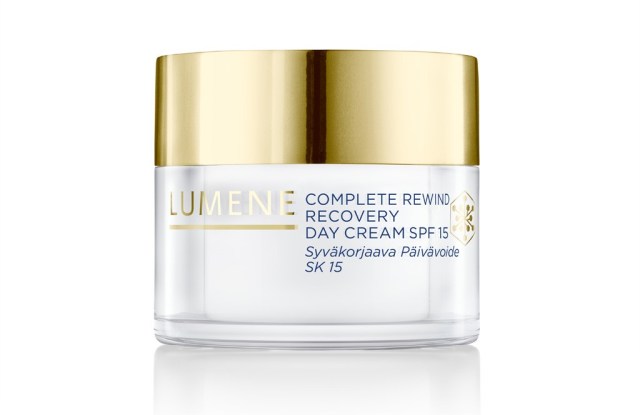 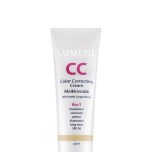 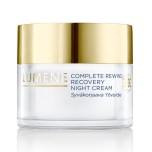 After a decade of retailing in the U.S., beauty company, Lumene is getting a makeover.

With a new look and new products, including an antiaging range called Complete Rewind and a CC cream due in July, the Finnish skin care brand has plans to reinvent itself.

“The consumers have always known us for having natural ingredients, but our products are more than that,” said Joe Pastorkovich, vice president of Lumene North America. “We want to be known as the innovator in the mass skin care market.”

For its part, the Complete Rewind line features Recovery Cream ($29.99), Intensive Recovery Beauty Oil ($29.99), Visible Wrinkle Eraser ($29.99) and Recovery Eye Cream ($24.99), which targets women over 50 with any skin type. This range contains a proprietary antiglycation technology, meant to halt wrinkle formation by stopping the process of sugar latching on to fat and breaking it down. The line’s three main ingredients are Arctic Sea buckthorn oil, antioxidants and omega fatty acids, said to activate the rejuvenation process  and promotes the production of skin-firming collagen.

“This technology is something that nobody in mass has,” said Pastorkovich. “We’re bringing the same technology [as can be found in the prestige market] to mass at an affordable price.”

Lumene’s new packaging, which begins its U.S. rollout next month, is an attempt to draw focus to the efficacy of the product. The sleek white and navy blue jars are designed to give the product a more clinical look. Each features a copper, pink, orange or light blue waved top to differentiate the product lines.

In addition to refreshing its product line up, Lumene is also looking to increase their stock-keeping units in Walgreens and Duane Reade, and is beginning to expand distribution in new stores to be announced in upcoming months.

The brand is also focused on increasing communication touch points, both in digital and in print, to resonate with the U.S. consumer.

“The new brand communication will continue to call out the story of the ‘natural Arctic ingredients’ that are the core of the Lumene product line,” said Pastorkovich. “But will now also promote the strong efficacy of the product line and the science behind each item.”

Industry sources estimate that Lumene’s new products could do as much as $10 million at retail in the U.S. in their first year on the counter.