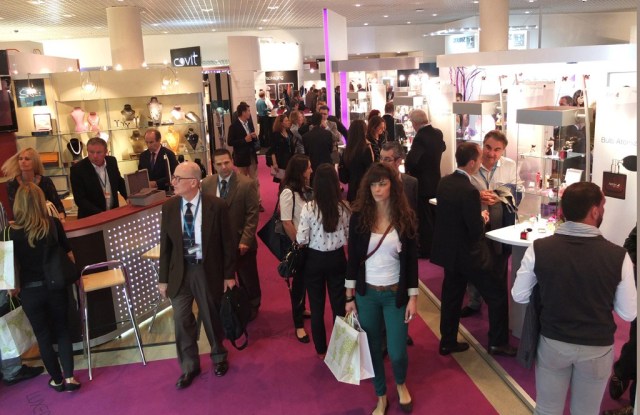 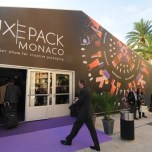 MONTE CARLO, Monaco — Luxe Pack Monaco registered a record number of visitors during its 25th anniversary session, which ran from Oct. 24 to 26 here and was chockablock with innovation — from high-tech to grassroots.

The packaging trade show clocked 7,022 attendees, a 10.5 percent increase versus the same prior-year period. Fifty-two percent of the visitors came from outside of France and represented 68 countries. Organizers also reported “significant increases” in the number of people stemming from places such as the U.S., Russia and South America.

“For the first Luxe Pack, we gathered 35 exhibitors,” reminisced Nathalie Grosdidier, deputy managing director of Idice, Luxe Pack’s organizer, noting there are also New York and Shanghai editions today. “So the network has become really global. [This] show is becoming clearly more and more international — from an exhibitor’s point of view and a visitor’s point of view.”

Several exhibitors showcased the latest in technical developments, especially when it comes to product traceability.

Prooftag, for one, has taken its Bubble Tag security concept to the next level. Using its tags made of translucent polymer containing a constellation of bubbles — which are impossible to copy and can identify a specific product or document — the company now offers an interactive marketing component thanks to a recent partnership with MyFeelBack.

“It means give information to the consumer, and the consumer can give direct feedback to brands,” explained Erwan Rubie, consultant brand protection at Prooftag.

Increasingly, clients want to add services around authentication and track-and-trace capabilities, continued Franck Bourrieres, Prooftag’s marketing director and chief operating officer. When a consumer checks the genuineness of the product online thanks to a QR code, he or she is directed to a questionnaire, for instance.

“We believe that [way] you better know what [consumers] think about your product directly — whether it’s positive or negative — than to find out on a social network,” he said. “And this is what we’ve integrated with MyFeelBack. They have a system to create interactive forms, where you ask very simple questions.”

Costet, meanwhile, highlighted its new laser-engraving technology allowing for a code to be placed under the surface of glass.

“We changed the reflection index of the glass to generate a holographic effect with light,” said Xavier Costet, president and chief executive officer of Costet Decoration SAS. “The idea is to develop and put a unique code on each bottle made with a data matrix code. The data matrix can be miniaturized — so we go down to 1 mm-by-1 mm. You cannot erase it.”

Costet said the technology was developed mainly for pharmaceutical products, but that the company is trying to commercialize it for the cosmetics, fragrance and beverage segments. Generally, security codes are placed on secondary packaging, but there’s been a move to put it on primary packaging for better security, he added.

Also on the high-tech front, Aptar displayed a mock-up of its new application allowing for companies to simulate a final bottle project — including the pump and color. The end result that is virtually assembled can then be photographed and sent digitally to a company’s marketing department (and therefore avoid the need for physical sampling), for example.

On the other end of the innovation spectrum, among those firms with a grassroots focus, was Favini, which won the 2012 Luxe Pack in Green prize for its Crush paper that is manufactured with 15 percent food waste.

The paper isn’t entirely smooth, giving a natural texture and, according to what sort of waste was used in the manufacturing process (for instance, kiwi or almond), there are some other irregularities, such as small spots. The product is all made with green energy, which has allowed for Favini to reduce its carbon footprint by 20 percent compared with traditional paper making, explained Flavio Stragliotto, the company’s plant manager.

Awantys Group was showing its ability to use marble, granite and engineered stone for prestige cosmetics and fragrance packaging. It also presented beauty packaging made from bamboo.

For its part, Promens had created for L’Occitane’s Bonne Mére brand packaging a plastic made from sugar cane, rather than fossil resources.

“It can be recycled in the same waste flow as the PE,” explained Céline Guerreiro, communication manager for personal and health care at Promens.