The U.K.-based grooming line is looking to become a go-to brand for American men. 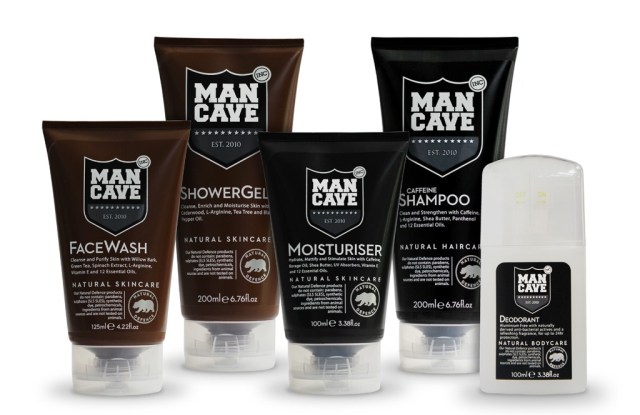 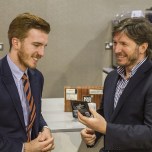 “This brand was conceived with the U.S. market in mind,” said Alex Grogan, cofounder and managing director of Mancave Inc. “We see great potential in the U.S.”

At the crux of the line, according to Grogan, who conceived of the business with his father Mark, is its “masstige” positioning. To that end, products, which are not tested on animals, are formulated with ingredients like borage oil, spinach extract, green tea and black pepper oil.

Packaging is meant to be both simple and bold to stand out on shelves.

“We wanted to do something in the mass market and combine a premium end of product,” said Grogan, adding that the price point and look of the line is meant to be cross-appealing to men of all ages. “It’s quality product, but accessible with a humorous and playful feel.”

The company, which was founded in 2010 and entered U.K. retail stores like Sainsbury’s in late 2012, is slated to roll out to between 1,000 and 1,500 U.S. doors in 2014. Although specific retailers have not been finalized, industry sources estimate the addition of American distribution could generate $1.5 million in the first year.

Available on the brand’s e-commerce site, mancaveinc.com, since Monday, the collection, priced from $8.50 to $17, includes a moisturizer, face wash, caffeine shampoo, cedarwood shower gel and aluminum-free natural deodorant, as well as a five-piece gift set.

Six new products, which will include shave-oriented offerings and a whiskey-scented cream/leave-in conditioner, will be launched in the U.S. in spring 2014. Currently sold through 127 global doors, including countries like Sweden, Austria, Denmark, Germany, Switzerland and Portugal, Grogan said he is also in talks with distributors in Australia and South Africa for potential distribution in the next few years.

Marketing for the brand is centered on digital and social media campaigns focused on driving sales via the brand’s online store, as well as promotions, partnerships, sponsorships and product deals. The brand is also participating in Cyber Monday.