Natural Personal Care to Get Standards

Consumers may finally get clued in to what organic and natural means in respect to personal care now that members of the beauty industry have set about... 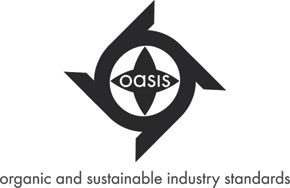 Consumers may finally get clued in to what organic and natural means in respect to personal care now that members of the beauty industry have set about defining these terms. At least three separate groups have established three different sets of standards aiming to regulate the $9 billion market.

Last week Whole Foods and a new industry trade organization, Organic and Sustainable Industry Standards [OASIS], announced their respective plans to make selecting the highest level of natural and organic products more simple for shoppers. A third effort, led by Burt’s Bees executive Mike Indursky and the National Products Association, called The Natural Standard, has been in the works for more than a year.

While each group’s standards are slightly different from one another, all camps agreed that consumer confusion is what has driven them to hammer out rules in the unregulated natural beauty care segment. To be sure, products that merely claim to be organic or natural — but still contain synthetic preservatives and artificial flavors, among other ingredients — make it difficult for many authentic natural and organic beauty companies to prove they are the real deal, hurting sales and ultimately consumers’ trust.

“For years we heard feedback on ‘What does natural mean?'” said Jeremiah McElwee, a senior Whole Foods coordinator within the Austin, Tex.-based retailer’s global purchasing team. “[Customers] were coming into our stores and asking what the difference was between what Walgreens was selling and what we were selling.”

Each initiative serves a different purpose and taps a different segment of the marketplace. Whole Foods’ standard, which came into effect last week, bans the use of roughly 250 ingredients in items it deems “premium.” While their standard primarily targets its own shoppers, the initiative also paves the way for other retailers looking to adopt a natural strategy.

OASIS’ standard focuses on a product’s organic content and uses a third-party certifier to judge whether a company’s products should bear the OASIS seal. The initiative is estimated to begin rolling out in a comprehensive way in the next six to nine months.

Indursky’s The Natural Standard looks to define natural by requiring that 95 percent of all ingredients be natural (ingredients that come from a “purposeful, renewable and plentiful source found in nature” and don’t use synthetic/harsh chemicals). The Natural Standard will use the NPA as its third-party certifier and is estimated to begin hitting stores in the next 12 months.

Each group’s members know one another and have been watching each other over the years as their respective standards slowly came together. Working parallel to one another has kept all parties informed of what the public would one day look to for insight.

“We all know each other and it’s all good,” said Tim Kapsner, a senior research scientist for Aveda, who serves as chair for OASIS’ technical review committee.

“I know it seems like national certification month but at the end of the day we are looking for harmony. We have reached out to [the others] and we think there should be a harmonized definition of natural. You don’t want to have so many seals on a product that it looks like a Girl Scout basket.”

For Whole Foods, defining what a premium product should mean to their customers was key to helping shoppers make the smartest purchase. Their natural initiative kicked off in 2005, when the company began dissecting their beauty inventory, going through every personal care item on shelves, ingredient by ingredient. Along the way the retailer hired chemists and consultants to help decide what belonged in a product (in terms of efficacy and shelf life) and what didn’t (synthetic foaming agents and artificial fragrances).

“We looked for the safest, greenest options,” McElwee said.

Whole Foods now lists 250 ingredients as banned from products that look to use its Premium Beauty Care label, the symbol that represents the retailer’s version of premium. McElwee said Whole Foods was careful to use the word “premium” instead of natural in its standard, explaining that “the word natural has become passé.”

McElwee believes his company’s effort will push manufacturers toward using ingredients of a higher quality and leaving out things when a natural or organic alternative is available. About 1,200 beauty items the store carries meet the standard, roughly 10 to 30 percent of its overall beauty inventory, depending on the store.

To promote the implementation of its natural effort, which launched to all 270 Whole Foods stores last week, product tags have been placed by items with the PBC seal. Store banners, signs and brochures explain the standard, too, and a podcast on the chain’s Web site also describes the initiative. In stores, employees carry lists spelling out which products meet the standard by category.

About a year after Whole Foods began its standards mission several of the industry’s leading natural manufacturers and experts came together to develop a standard that would address the organic beauty market. The founding members of OASIS include Gay Timmons, founder of Oh Oh Organics, a seller of certified organic ingredients, who serves as chairman; Aveda’s Kapsner, and Karl Halpert, founder of Private Label Select, a private label manufacturer of organic products, who serves as OASIS’ chair for media and communications. OASIS was unveiled last week at Aveda Corp.’s Manhattan headquarters, where members said the group will use a third-party consulting company, Manhattan Beach, Calif.-based International Cosmetics & Regulatory Specialists LLC to oversee the certification process. International Cosmetics will require companies applying for a seal to provide product samples, ingredient lists, batch codes and information proving that products were manufactured in a facility set up for organic production, from raw material storage to cleaning procedures. In addition, OASIS will certify at two levels, “made with organic” and “organic.” The former will require a minimum of 70 percent organic ingredients and the latter will require products to be made with a minimum of 85 percent organic ingredients. The organic certification content looks to increase over the next several years, too.

“The 85 percent is our opening salvo,” said Kapsner. “This could be raised at some point.”

Up until now, organic beauty manufacturers have had to abide by USDA organic standards, which oversees organic food labeling. Meeting food requirements can be impractical for beauty products, Kapsner said, since beauty items often require ingredients that are unavailable in organic versions, such as preservatives. Beauty companies bearing a USDA Organic seal will likely comply with OASIS standards, but will still need to apply for a seal.

“We need to give the industry time to catch up with green ingredient technology. It will take a little while,” Kapsner said. Until that time, non-organic versions of ingredients such as citric acid, and conventional ingredients used to maintain shelf life, such as phenoxyethanol, will be allowed in products with an OASIS seal.

One company already makes the grade, as it served as a test pilot for the OASIS certification process. Smith & Vandiver, a beauty maker based in Watsonville, Calif., was approved for OASIS certification for its New Leaf Organics line, which consists of bar soaps and bath salts. According to Alida Stevens, a co-founder of the company, OASIS will help regulate an industry rife with fakes and give some freedom to well-intentioned beauty companies who said USDA organic standards are too rigid.

“We saw people making all kinds of [organic] claims but they maybe had 2 percent of an [organic] extract that went in the water phase of the product. OASIS is put together by formulators in the cosmetics industry that have the regulations and guidelines to help an organic product come to market. Under this program we are all using the same math. There’s no fuzzy math and no putting a whisper of an extract into a bunch of water,” Stevens said.

Janet Blaschke, chief executive officer of International Cosmetics, said OASIS comes at a time when it is most needed by the industry.

“We believe that this qualification will lend credibility to those companies meeting the requirements and only will become stronger. Consumers will begin to recognize the meaning of quality behind the seal and be confident they are getting products that have attributes that are desirable to them. The program is not a ‘rubber stamp’ but has real compliance to a set of standards on an ongoing basis, which will set the bar for the industry in the future.”

OASIS already has 30 members, including Hain Celestial Group and L’Oréal. A L’Oréal representative said the company’s interest in the trade organization lies with setting the record straight about what organic means to the masses.

“We are interested in the industry having a good definition of organic and the reason we are involved is because we want to be a part of any group putting that together. It is important for consumers to understand what the word organic means,” he said.

Indursky’s partnership with the NPA also is coming closer to rolling out a standard, one that will spotlight products made with natural ingredients, which also are free from many different things, such as parabens, sulfates, chemical sunscreens, petrochemicals, glycols and phthalates, among other things. It also excludes certain processes, such as ethoxylation, sulfonation, polymerization — industrial processes that the company’s Web site said “use caustic solvents that leave residual compounds and impurities that may end up concealed in the final consumer product.”

The NPA will serve as the third-party issuer of The Natural Standard that requires products to have at least 95 percent natural ingredients and no ingredients in the remaining 5 percent with any potential human health risks.

“We are hoping to be the big umbrella for the natural market,” said Dan Fabricant, vice president of scientific regulatory affairs for the NPA. Final approval on the standard’s rollout is scheduled for April 7.