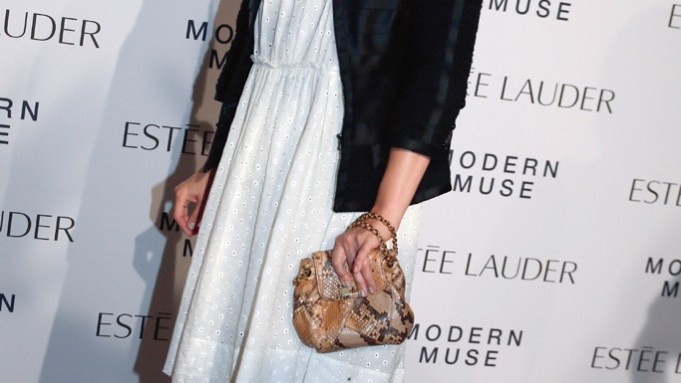 Drew Barrymore’s Flower provided plenty of power for Wal-Mart to elevate its beauty department. The luxe-looking Flower served as a centerpiece for a new planogram that rolled out this year incorporating vibrant LED lighting and die-cut traffic-stopping displays for the color cosmetics collection of more than 180 stockkeeping units. Originally in 1,500 doors, Flower is now rolling out to more Wal-Mart doors thanks to Barrymore’s hands-on approach. (She touted the line from multiple magazine cover stories and even appears in tutorials.) “I don’t want to sit there and hope it works out. I want to be in the middle, in the mix, making sure it works out,” said the actress at the launch of the brand, which is being produced by Maesa. “It is almost an uncontrollable desire to be one of the people who is creating. Maybe it is just a type of personality,” Barrymore continued. “I can’t sleep at night. I care.” Jody Pinson, vice president of merchandising at Wal-Mart, called Flower, whose prices range from $4.98 to $13.98, perfect for the retail giant’s “aspirational” shoppers. Shoppers seem to agree: According to industry sources, retail sales are expected to exceed $50 million. In other words, box-office gold.