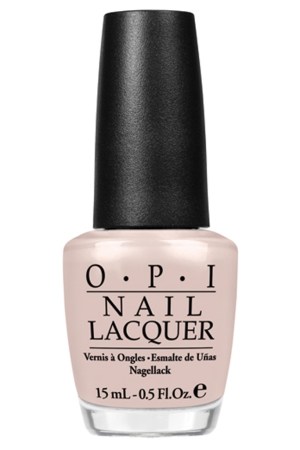 Industry sources believe the range could generate up to $20 million by the end of 2012.

“I love ballets so this was [a] personally inspiring thing for me to do,” said Suzi Weiss-Fischmann, OPI’s executive vice president and artistic director. “These are the perfect sheers for a ballerinas to wear because they enhance the nail without calling too much attention.”

Weiss-Fischmann said it was primarily Sir Paul McCartney’s ballet, “Ocean’s Kingdom,” and its costumes — designed by daughter Stella — that inspired the collection.

New York City Ballet by OPI, which features names like My Pointe Exactly and Pirouette My Whistle, will be available at salons, as well as retailers like Dillard’s, J.C. Penney, Pure Beauty and Ulta. All hues, $8.50 each, are sheer, with light tints of beige, pink, white lilac and gray. There is also a silver sparkle polish, which interprets the shimmering costumes and headpieces of the ballet.

“Each of my collaborations is [meant to] reexcite the consumer,” said Weiss-Fischmann, who provided every member of the New York Ballet with her own set.

In addition, ads for New York City Ballet by OPI will feature the hands and feet of a ballerina from the company.