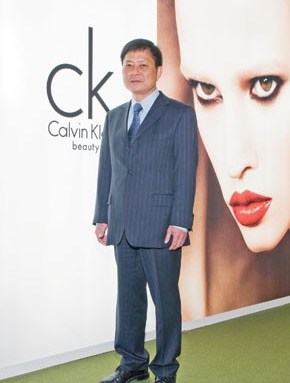 BOLOGNA, Italy — “Natural” was the word echoed through the cavernous pavilions of Cosmoprof. Indigenous ingredients from Italy, Greece, Brazil and Switzerland often combined with high-performance molecular formulas were big attractions, while a quirky approach to beauty added spice.

– Bakel, a Udine, Italy-based treatment company showed its six-unit line of target serums, each formulated with 100 percent active ingredients. Products include hyaluronic acid, meant to improve skin tone and firm the skin, and Q10-B5, which includes the Q10 coenzyme said to slow down skin aging. Prices range from 85 euros to 148 euros, or $134 to $233 at current exchange, for 30-ml. pump bottles.

– Parma, Italy-based Organic Elements showcased its reformulated and repackaged 36-unit line of face and body products. Combining certified organic ingredients with high-tech formulations, the line is positioned in the lower end of prestige. In 2007, the brand generated sales of less than 2 million euros, or $2.74 million, according to industry sources.

– Fresh from opening a store in Paris a month ago, George Korres, founder of Korres Natural Products, is poised to open another door in Brooklyn, and is laying plans to open four more doors in China, bringing the count there to 10 before the start of the Olympics. He also has an eye on a location in Tel Aviv in September. By the end of this year, he expects to have close to 40 freestanding stores globally. The Greek company was exhibiting a new men’s line and talking about starting new raw material production facilities to extract organic herbal ingredients. Korres said he closed 2007 with a turnover of 36 million euros, $49.34 million, and projected the firm will generate sales of 49 million euros, or $67.16 million, this year.

– Apivita Natural Products, the pioneering Athens-based homeopathic personal care brand based on herbal ingredients and bee culture founded in 1972, was showing off its new skin care range called Queen Bee. The six-unit line features a formula consisting of royal jelly encapsulated in liposomes for a high-tech treatment aimed at women over 50. A serum retails for 70 euros, or $110. This is in addition to the brand’s other face range, aimed at women over 30. Lambros Papadimitriou, the new international director, indicated that there is room for a third line to fill the age gap. Meanwhile, the entire brand has been repackaged, the company has begun gaining Ecocert organic certification for its products and making plans to enter China. Papadimitriou said since Apivita’s original positioning is the industry’s hot trend, “now it is time for Apivita to prove itself on the international market, keying in on the U.S. and the U.K.”

– Brazilian brands, a regular fixture at Cosmoprof, were out in force. Prestige marketer Amazonia Viva showcased five fragrances made with essential oils from the Amazon basin, including cupuassu. Self Universe, a professional hair care brand, unveiled a chemical-free straightening treatment called Polaris. Playing on its heritage, Brazilian Fruit offered treatment products and lip glosses based on the ingredients used to make a caipirinha cocktail.

– Based on spring water from the Chianciano Terme spa in Tuscany, Italy, Eudermic played the natural at the show with its Angel’s Spa and Mediterranean Spa lines. It also previewed Zero Impact, a six-unit bath and body line destined for gift stores. The chemical-free and environmentally friendly products are packaged in biodegradable corn-based plastic and come with reusable aluminum travel and display flacons. The company generates annual turnover of 10 million euros, or $13.7 million.

– Padua, Italy-based Nature’s, which launched a Chianti grape-based treatment line two years ago, aimed to inject a lighter note at the show with Cedro, a range of mood-enhancing fragrance and treatment items containing a fruit indigenous to Southern Italy. It also presented Arga, an argon oil-based line, and a collection of products based on malachite, which is prized for its copper content and is said to function as a good antioxidant.

– Holland-based Greenland, which shows a new bath and body line every year, this season focused on Bio-liogic, a collection made up of fruit and plant-based formulas.

– The Think Happy Company, which runs British bath and body brand Organic Surge, unveiled Wild Organics, a 12-stockkeeping unit premium body care line. Despite being in business for only two years, the company has launched its own charity. With the profits from a soap line, it is supporting 80 people living in a Kenyan village. According to industry sources, Think Happy’s sales could hit 42 million pounds, or $66 million, within five years.

– For those who think the industry takes itself too seriously, there is Yes to Carrots. The head of the company Ido Leffler, who identifies himself as “carrot lover,” has built his Tel Aviv-based brand into a 16-product skin and body care line, containing organic fruits and vegetables plus minerals from the Dead Sea. He plans to open 16 concept stores in Thailand by the end of the year. The name of the brand refers to beta-carotene, an antioxidant derived from carrots. Industry sources project the brand could be doing $40 million to $50 million by 2009.

– In a fittingly minimalist booth, Eric Chen, chief executive officer of Markwins, showcased CK Calvin Klein Beauty’s 210-sku makeup line. After launching with color cosmetics last year, Markwins will bulk up the designer brand with a natural treatment line starting in spring 2009. “[The environment] is one of the biggest issues facing the world today,” Chen said.

– A Cosmoprof newbie, Rodial, the London-based prestige treatment brand, pushed Boob Job, its cleavage-enhancing bust cream. “We have serious formulas, but we don’t take ourselves too seriously,” said Maria Hatzistefanis, the company’s founder.

– Adding sparkle to the trade show floor, Milan-based Rubino showed its uberexpensive treatment creams made with pulverized rubies and a peptide complex. One startling aspect is the price — a 1.7-oz. jar, which is decorated with a ruby, retails for $950. The brand also unveiled Providence, its first fragrance.

– Italian niche fragrance distributor Celso Fadelli turned his hand to manufacturing, signing a deal with high-end women’s fashion line Morgane Le Fay. Fadelli showed four perfumes, each sold in handblown glass beakers. Priced at 180 euros, or $283, for 100 mls. and outfitted in a handmade box, the scents will be sold in Morgane Le Fay’s boutiques and in specialty stores.

– Taking an encore at the fair was Luciano Soprani, which controls the license for ballerina Carla Fracci. The company plans to launch a new fragrance dubbed Odette in September.