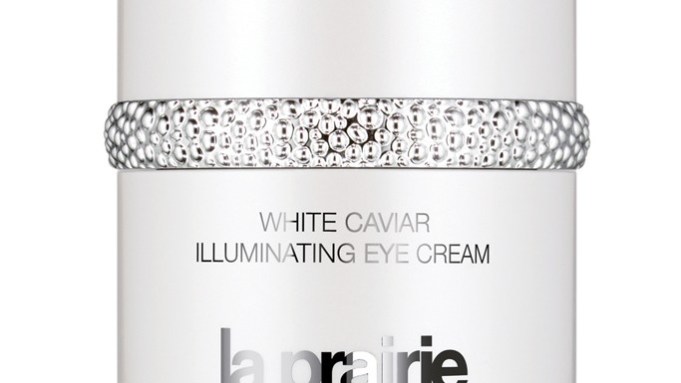 CANNES, France — There was no shortage of newfangled beauty products lining shelves at the most recent edition of the TFWA show, which took place from Oct. 21-26 here.

Buoyed by the success of its Signorina women’s fragrance, which was introduced in December 2011 and has become its worldwide bestseller, Ferragamo Parfums presented at TFWA its newest men’s scent that’s meant to become a second pillar.

Ferragamo was showcasing Aqua Essenziale, a fresh fragrance with aromatic, tonic hints, which is to begin its launch in February 2013. The U.S. is scheduled for an April introduction.

Aqua Essenziale’s juice — which includes top notes of grapefruit, mint, mandarin and lemon tree leaf; heart notes of geranium, cascalone, rosemary and lavender, and base notes of patchouli, helvetolide, cistus and vetiver – was created by Firmenich’s Alberto Morillas. Model Garret Neff is featured in the print advertising for the fragrance, which was photographed by Camilla Akrans.

Meanwhile, Euroitalia was primarily underscoring its upcoming Versace men’s scent, Eros, which is to be launched this month in Italy before its rest-of-the-world rollout, beginning in spring 2013.

Giovanni Sgariboldi, president of Euroitalia, said the interest generated by the fragrance was unprecedented for the company.

Among other novelties the firm was spotlighting included Versace Pour Homme Oud Noir, due out in first-quarter 2013 in the Middle East. Chic Petals for women by Moschino Cheap & Chic, Moschino Forever Sailing for men and a new John Richmond Woman fragrance are all set to launch in the first half of next year.

While a host of new products were on display on L’Oréal Luxe division’s stand, whose square footage had doubled versus the same TFWA session last year, so were in-store design concepts. The Lancôme section, for instance, staged its new retail look created by Peter Marino. Here, a chandelier seconded as a fragrance-testing device, for example.

Giorgio Armani’s in-store retail design was on show, as well, along with products such as the Armani Privé fragrance collection, which is being introduced in the travel-retail channel.

Biotherm presented its new in-store design, based on its new “Blue Therapy” positioning.

While most of L’Oréal’s stand was divided up by brand, an area was dedicated to the company’s best practices in travel retail worldwide. On view here were some of its latest animations, retail-tainment and product sets.