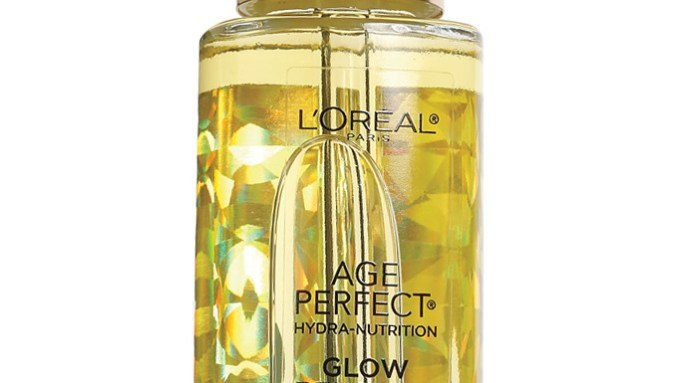 After discovering that a majority of women swipe their lashes between 100 and 300 times to achieve their desired look, P&G set out to deliver a mascara to make the task easier. Cover Girl Clump Crusher by LashBlast Mascara—or the “great green machine,” as Esi Eggleston Bracey, vice president and general manager of Cover Girl, called it—features a uniquely curved brush designed to impart 200 percent more volume after 30 strokes. How does it work? P&G scientists measured the size of an average mascara clump as 325 microns, then spaced Clump Crusher’s bristles at 200 microns, ensuring that it would be too tight for clumping. “Clumps are stopped before they even start forming on the brush,” said Dr. Sarah Vickery, P&G beauty and grooming principal scientist. All that work paid off. P&G called Clump Crusher its “most successful” mascara launch in years, and retailers agreed. One mass bigwig described it as the fastest-selling item in store—in any category.

L’Oréal Paris Age Perfect Glow Renewal Facial Oil slid past the cluttered alphabet cream landscape to be one of the first to tap into the oil craze in mass-market stores. Launched quickly on the heels of prestige entries, this blend of eight essential oils capitalized on the positive feedback on oils in the upmarket, building demand—and excitement—in food, drug and discount stores. L’Oréal touted the format’s multiple benefits, including moisturizing, as a nighttime treatment, a pre-makeup primer and even a neck cream. Retailers also had the healthy glow of success, reporting that Age Perfect Glow Renewal Facial Oil and its companion Replenishing Cream, both priced at $24.99, provided healthy margins in the skin-care department.

Conair’s newest curling device may be called Curl Secret, but there was nothing quiet about its launch. “We believe this is the biggest innovation in hair since [the corporation] introduced the pistol-grip hair dryer in 1960,” said Robin Linsley, Conair’s vice president of marketing. “This is a category that doesn’t yet exist.” Priced at $99.99, the tool curls hair without clamping or rolling, heats up in 30 seconds and features three style settings, for waves, curls and ringlets. There’s nothing loopy about consumer’s response to the device, though: Since its launch in August, Infiniti Pro by Conair Curl Secret has sold more than two million units. “For 100 years it’s been the same way to [curl hair],” said Vito Carlucci, director of engineering for Conair Corp. “This is truly a different method.”

Sonia Kashuk, Target’s first and longest-standing designer collaborator, has never been one to think small. The makeup artist, who entered the retail chain in 1999 with an exclusive cosmetics and accessories line, conquered new territory this year with bath and body. “What I set out to do 15 years ago was bring luxury to mass,” said Kashuk. “I didn’t want to be a one-hit wonder, I wanted to come back and do it again.” For the range, which includes oils, lotions, creams and body washes, Kashuk tapped perfumer Jerome Epinette of Robertet to create four scents and Buero New York to design the bold black packaging. Prices range from $4.99 for a loofah to $19.99 for an eau de toilette. To launch the line, Target erected a pop-up shop in the middle of Grand Central Station, complete with a bathing beauty and thousands of white bubble balloons. Rising to the top, indeed.