Product of the Year: Prestige 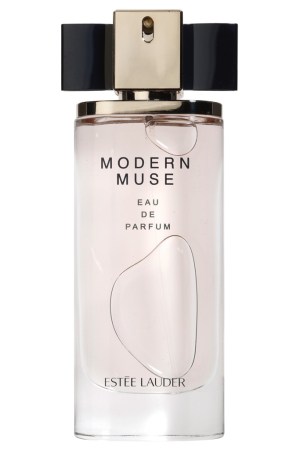 Giorgio Armani staged a one-of-a-kind fashion extravaganza in New York this fall, but that wasn’t the only area of the company making news. In beauty, Armani launched a first-to-market concept with Rouge Ecstasy, a 36-stockkeeping-unit lipstick line called the first “triple-c” lipstick—that is, color, comfort and care. The centerpiece of the technology is a proprietary ingredient called the Melting Cream Complex, which is said to deliver skin-care benefits along with high-impact color. “This new, innovative hybrid product marks the start of a new era in lipstick,” said Véronique Gautier, international general manager for Giorgio Armani Beauty. “It is a solid, melting lip balm with the color intensity of a lipstick, 12-hour hydration and reparative actions.” Also standout: bold red packaging from the master of minimalism and a first-ever digital campaign for the brand featuring beatbox sensation Felix Zenger. All the noise seemed to pay off: Launched in about 180 doors, Rouge Ecstasy was expected to ring up more than $5 million in sales in North America.

Many marketers have spoken of luring Millennials to their counters, but this year Shiseido put its money where other’s mouths are with the launch of Ibuki. The first completely new skin-care line from Shiseido in eight years, the 7-stockkeeping-unit Ibuki is designed for women 25 to 34 years old. The products were created to mitigate the effects of a typical twentysomething lifestyle, which often includes lack of sleep, oiliness, visible pores and rough skin resulting from less-than-optimal nutrition. “By 2017, Millennials will outspend Baby Boomers,” said Heidi Manheimer, chief executive officer of Shiseido Cosmetics America. “This line is designed as a jumping-off point for serious skin care. This is the time to capture their attention.” To that end, Shiseido focused its marketing efforts online, including an Ibuki microsite with product details, education and a rich social experience that allows users to read about the life experiences of like-minded people. Knowledge—and numbers—are indeed power.

After selling John Frieda to Kao Corp. in 2002, Gail Federici traded hair care for the music business. But she soon found a beauty problem she couldn’t ignore: unsightly gray roots. To tackle grays, Federici got her proverbial band back together, reuniting with Frieda and chemist Joe Cincotta to create Color Wow Root Cover Up. “Everywhere I went, people were showing their gray because nothing worked [to cover it in between dyes]. I thought if we could crack this problem we’d have another Frizz-Ease or beyond,” said Federici, who spent three years fine-tuning the solid powder pigment before its introduction earlier this year at Ulta and on QVC. Root Cover Up, which is housed in a sleek compact, is part of the Color Wow line, which Federici and her team formulated to address problems common with color-treated hair. “We identify a problem that is pervasive and our objective is to fix it,” said Federici. “I am analytical to a fault, which is why I think we have the success that we have.”

Fragrance is the historical backbone of the Estée Lauder brand, and for the launch of Modern Muse, the brand firmly put its stake in the ground. “This is the most important fragrance launch we’ve had in a decade,” said Jane Hertzmark Hudis, global president of Estée Lauder. “Modern Muse captures what it means today to be independent and confident in one’s own sense of self and style.” The importance of this launch was evident in the expectations that circulated through the market, with sources speculating that Lauder would invest about $50 million in promotional support, and was aiming for sales of $95 million globally in year one. Supermodel Arizona Muse starred as the face of the brand, and from the launch period on, her image was everywhere: in print ads, online and on television. Olfactively, the scent broke new ground for Lauder, with a sparkling jasmine note to impart a feminine side and wood accords to represent strength. Lauder’s confidence, it seems, was well placed, with retailers reporting a strong start amid predictions of ending the year in the top 10.