C?line Cousteau, granddaughter of the late iconic diver and filmmaker Jacques Cousteau, has melded her love of the sea with her love of beauty. 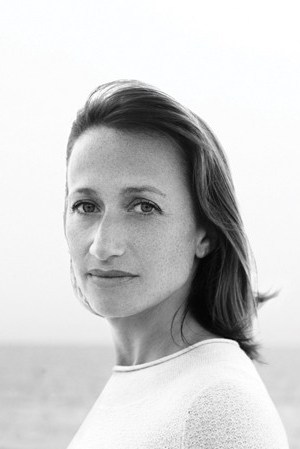 Céline Cousteau, granddaughter of the late iconic diver and filmmaker Jacques Cousteau, has melded her love of the sea with her love of beauty. The 35-year-old oceanic explorer is the new spokeswoman for La Prairie’s Advanced Marine Biology Cream, containing marine extracts, such as seaweed and algae, that were cultivated on land to avoid depleting natural resources. For each jar sold, La Prairie donates 1 euro, or about $1.45, to Ocean Futures Society. Founded by Cousteau’s father, Jean-Michel Cousteau (and for which she is the international program coordinator), its mission is to protect threatened marine habitats. Well-versed in the ocean’s delicate ecosystem, Cousteau is anxious to get the word out. “The goal is to educate people about what’s happening in our fragile environment, particularly in the oceans,” she says. Given her hours upon hours spent underwater—Cousteau’s last project involved tracking the sharks of the Great Barrier Reef for the Discovery Channel—caring for her skin is vital. “Because I’m in salt water often, I can become dehydrated,” she says, adding, “I make sure to moisturize after each day’s diving.”